Dr. Max Goodwin isn’t great at first impressions. On the Tuesday, September 25, series premiere of New Amsterdam, NBC’s new medical drama, Goodwin (Ryan Eggold) took over as the medical director at New Amsterdam hospital, a public New York City center that he and his sister were born in and where his sister later died. However, his sad story didn’t win everyone over – especially since he fired the entire cardiac surgical department at first meeting.

“Any department who places billing above care, no matter how much money you make this hospital, you will be terminated,” he told the dozens of surgeons in the room. He also told the department chairs he’d be hiring 50 new attendings – something that didn’t thrill those untrained residents.

He later did decide to keep one surgeon, Dr. Floyd Reynolds (Jocko Sims), who he assigned to run the department and hire a new staff. Reynolds has a past with Dr. Lauren Bloom (Janet Montgomery), the head of the emergency department. While her personal life may be all over the place, she’s still one of the best doctors at New Amsterdam, wiling to actually put her life on the line for her patients. 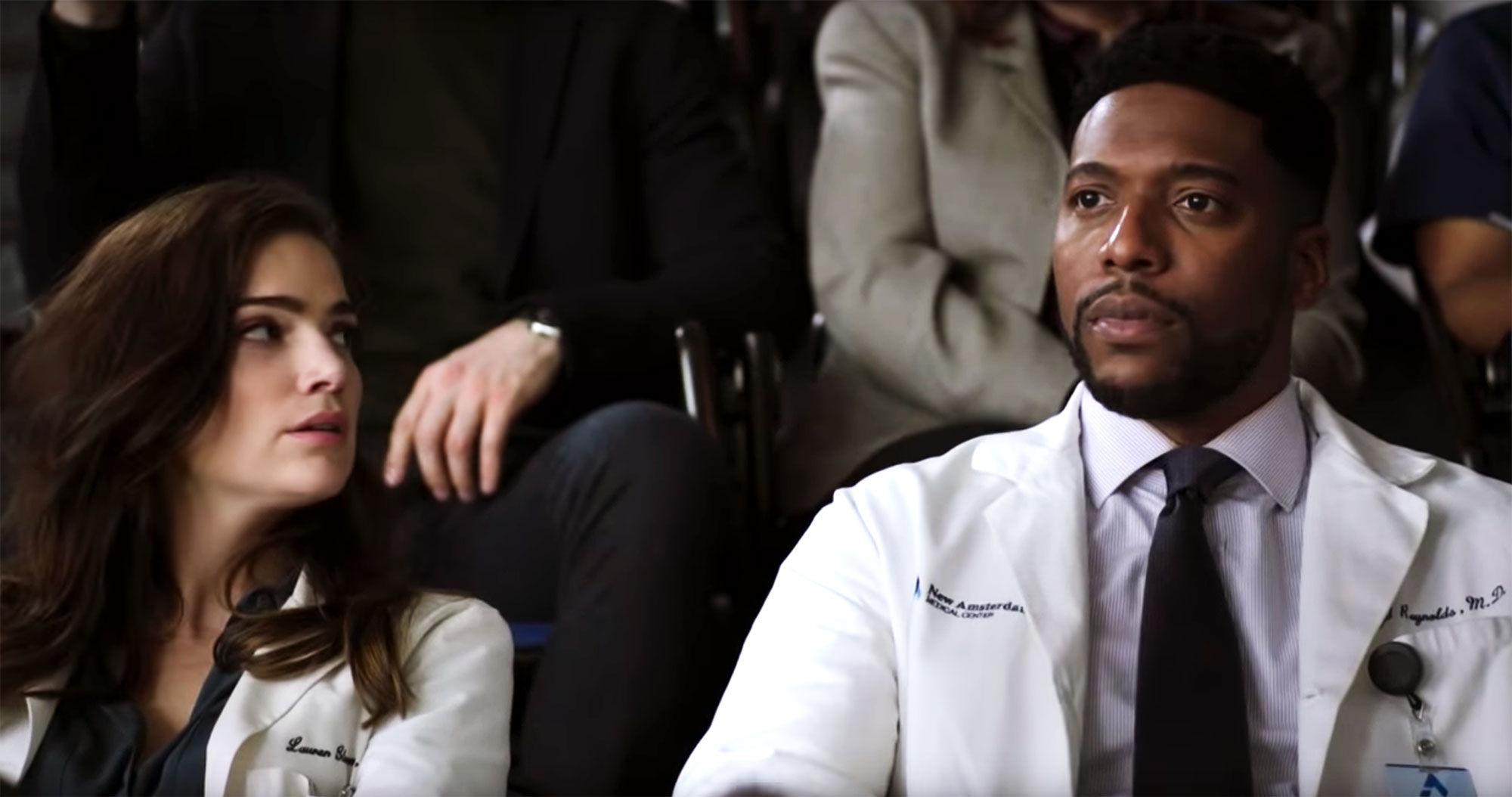 Dr. Reynolds and Dr. Bloom’s relationship is complicated to, say the least. When she asked him to go out again, he told her he couldn’t because she is white and he is black. “I’m 35 years old, I want to get married. I want to have kids and I want them to be black,” he told her. “I know I’m not going to meet anyone if you and I are … I have this plan for how I want my life to look.”

He continued: “You can’t understand how confusing it was growing up watching every black athlete have a white girl on his arm. Or how betrayed black women felt. My mom, my sisters, watching it happen time and time again.” Regardless, after she put said life on the line, he asked her out, again.

Dr. Goodwin’s personal life is also a little up in the air. His pregnant estranged wife is due in 12 weeks, but they’re on the outs since he didn’t put her first. But he was also keeping a secret from everyone. At the end of the pilot, he found out – or was reminded – that he has cancer.

Tell Us: What did you think of the New Amsterdam premiere?

Bella Hadid's Sexiest Bikinis Will Have You Begging For More

‘Anthony Bourdain: Parts Unknown’ Premiere: The Host Who Was Tough, Shy, and Taught the World to Be a Good Guest