Nick Kroll had a wardrobe malfunction on Wednesday when he split his pants during the middle of an interview on Jimmy Kimmel Live!.

Before the fashion mishap, Kroll was telling Jimmy Kimmel about his new movie, Uncle Drew. In the movie, a man named Dax (played by Lil Rel Howery) enters a basketball tournament but loses his time to Kroll’s character Nick. He recruits Uncle Drew (played by NBA star Kyrie Irving) to help him out. The men try to rally Drew’s former teammates, who just so happen to be legends like Shaquille O’Neal, Chris Webber, Reggie Miller and Lisa Leslie.

During the interview, Kroll said he actually got to play a little basketball against Irving.

“I know I’m not in the NBA, but, you know, I was pretty good on my Jewish day-school team,” the actor quipped.

As Kroll described the experience to Kimmel, he bent down to show him his defensive stance. That’s when his pants ripped open, exposing his underwear. 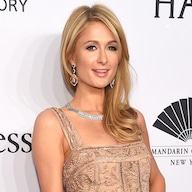 Luckily, Kroll was able to laugh off the situation and even showed the tear to the audience.

“Wouldn’t it have been amazing if there was a full-on poop stain?” he asked.

Watch the video to see the whole thing go down.

'Below Deck Med': Hannah Ferrier's Departure May Mark a Historic Moment for the Franchise