Home » Lifestyle » ‘No wonder everyone is disgusted’: David Walsh apologises for flag artwork

The multi-millionaire owner of Hobart’s Museum of Old and New Art has apologised for approving an artwork that asked for Indigenous people to donate their blood, as calls to boycott the gallery’s winter festival grow.

The festival’s creative director, Leigh Carmichael, initially defended the project on the grounds of artistic expression but less than 24 hours later issued an apology and said the work was a “mistake”. 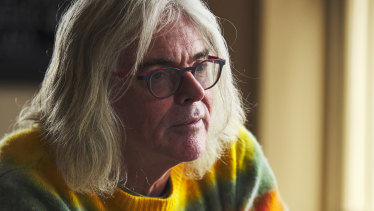 The artwork’s supporters say the piece is anti-colonial and shouldn’t be scrapped. Critics say the project doesn’t subvert colonialism because the artist in question is Spanish and Spain was once a large colonial empire. They also say Aboriginal and Torres Strait Islander peoples have given enough blood to the British Empire.

Walsh, who has transformed Tasmania’s art scene since he opened MONA in 2011 and has backed numerous controversial performance works over the years including at the spin-off festival Dark Mofo, has revealed he was briefed about the project two years ago and “didn’t think much about it at the time”.

“Naively, perhaps incredibly, I thought it would appeal to the usual leftie demographic. I approved it without much thought – as has become obvious.”

Walsh added that one of MONA’s curators sent him a letter denouncing the project. It was co-signed by “a bunch” of fellow staff members and claimed the artwork was tone-deaf given the push for Indigenous-led conversations on treaty, equality and reconciliation.

“I canvassed a few that didn’t sign [the letter] and they told me they supported it despite not signing,” Walsh said. “Perhaps those who didn’t sign were waiting for direction or, at least, comment from me.”

Walsh said he was initially hesitant to withdraw his approval for the artwork given he has traditionally been of the opinion that art – good or bad – should stand on its own.

“I should not sway at the whim of criticism,” he said. “But neither should I be impervious to it. I’m here, trying to learn.

“Had all this gone swimmingly: blood collected, naff anti-colonial point made, feedback positive, who would have benefited? Not First Nations people. They already know they’ve been f—– over by colonialism. Who then? MONA? Me.

“It’s no wonder everyone is disgusted. I’m sorry.”

Sierra, whose controversial projects have been exhibited at major international galleries including London’s Tate Mondern and Berlin’s Kunst-Weke Institute, has responded with a post on Instagram: “Often the slave defends the symbols of the master.”

It comes as a “Blak list MONA” movement gathers momentum among artists, curators and activists. Supporters believe Dark Mofo and its sister organisations are no longer culturally safe working environments for Indigenous Australians.

Participants are calling on Dark Mofo not only to apologise but to ensure staff undertake cultural awareness training and appoint a First Peoples advisory board.

Those who have criticised the proposed work include Professor Anita Heiss, a Wiradjuri woman, who described it as “insensitive and ignorant”

But others, including Australian performance artist Mike Parr, who has been a regular at Dark Mofo, condemned the festival for its “cowardice and lack of leadership”.

A weekly read for book lovers from Jason Steger. Sign up now.