Home » Lifestyle » Now Justin Milne has gone, the entire ABC board is exposed and may have to follow him out the door

Justin Milne ran one of Australia's first internet service providers, OzEmail.  How the ABC chairman could be so careless in an email, the basic technology the internet enabled, will remain one of the great mysteries of this week's stunning events.

But while Milne has been the focus of much anger, the ABC board's handling of the crisis gripping the public broadcaster deserves serious scrutiny. 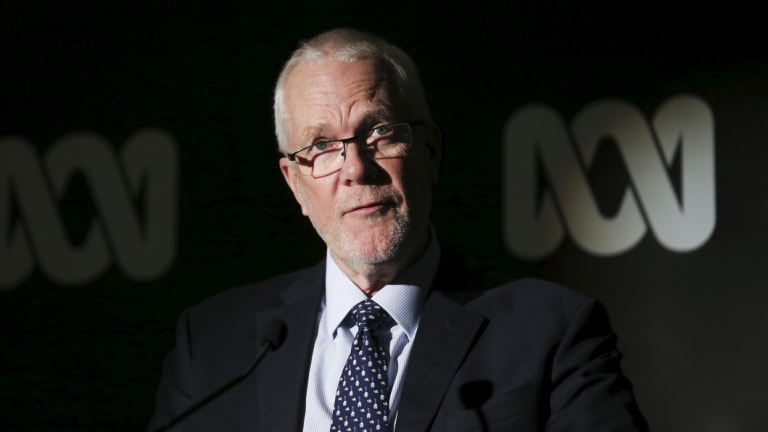 We now know the board had in its possession written evidence that Milne had interfered with the ABC's editorial operations – and detailed claims he had done so on more than one occasion.

As Fairfax Media reported earlier this week, the ABC chairman used an email to tell his managing director to sack high-profile presenter Emma Alberici following a complaint from Malcolm Turnbull, the recently deposed prime minister who is also Milne's close friend and one-time chairman at OzEmail.

The email was contained in a dossier circulated by Ms Guthrie to the board last week as she fought to hang on to her job. These board documents also contained claims that Milne had pressured Guthrie to "shoot" ABC political editor Andrew Probyn, who was the target of government anger over his reporting.

Milne has reportedly warned failure to fire the star journalist could jeopardise government funding for Project Jetstream, a vague but ambitious and expensive technology project that will seek to digitise the ABC's vast archives.

Setting aside the board's unanimous decision to sack Guthrie, it seems extraordinary that the board ignored this evidence and further claims of interference in editorial operations by Milne.

As scandal raged and staff demanded action, the board held a crisis meeting on Wednesday afternoon. Those present at the board meeting reiterated their support for Milne – effectively endorsing his actions. It's understood not all members of the board were present for the meeting.

Asked whether the entire board should step down after this extraordinary saga, Communications Minister Mitch Fifield on Thursday pointed to an inquiry he has asked his department secretary Mike Mrdak to conduct into the affair.

"Part of the work of Mr Mrdak will also be to obtain documentary material which is relevant to his inquiries," Fifield offered, before quickly moving on. Not exactly a vote of confidence that this drama is confined only to Milne and Guthrie.

The board met again on Thursday, where they decided the chairman should stand aside, and Milne resigned soon after. But the other directors still have questions to answer.

The ABC board includes one staff-elected director, Jane Connors, who has not yet been heard from. In extraordinary scenes on Wednesday, the staff she represents voted unanimously for Milne to step down while an independent investigation takes place.

Many of the ABC's other directors are active on the board circuit and will want to put this behind them. They include Peter Lewis, who is also chairman of listed real estate company McGrath; Vanessa Guthrie, the chair of the Minerals Council of Australia, and director of oil and gas major Santos; Kirstin Ferguson, a director of SCA Property Group; and Donny Walford, Georgie Somerset and Joseph Gersh.

One of the duties of the board enshrined in the Australian Broadcasting Corporation Act is to "maintain the independence and integrity" of the corporation.

It is now apparent that duty has not been upheld. The entire board must explain why.

Caroline Flack’s Boyfriend Lewis Burton ‘In So Much Pain’ After Her Death, He Breaks Silence

What is David Walliams' net worth, when was the BGT 2018 judge married to Lara Stone and will he be on X Factor 2018?

Boeing to brief pilots, regulators to get 737 MAX flying again