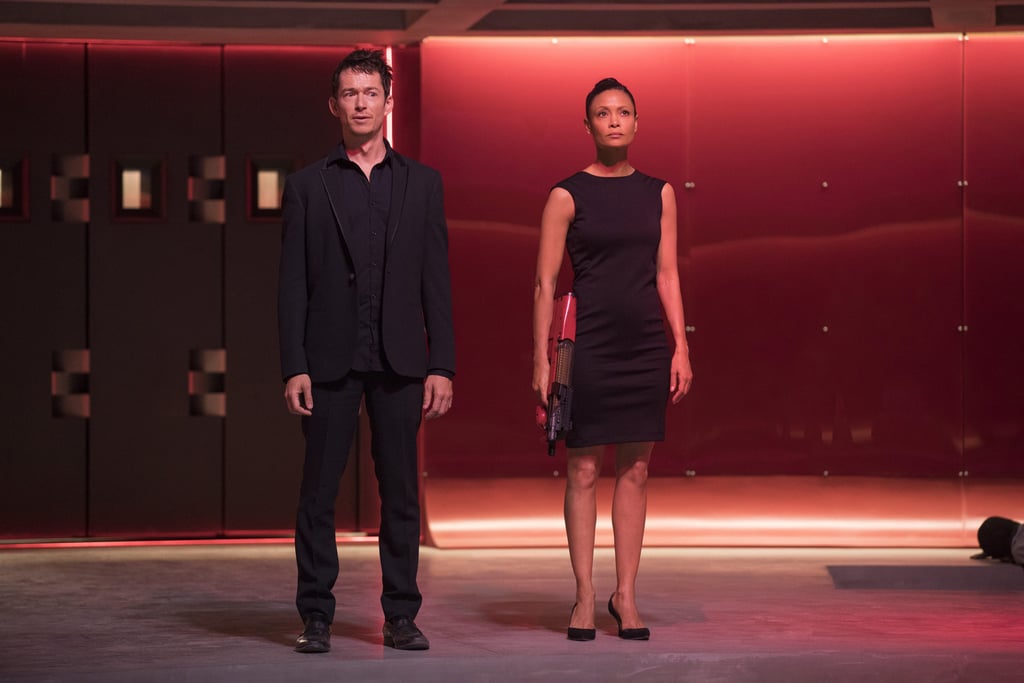 X-rated spoilers for Westworld below!

In what should come as a surprise to no one, Westworld‘s season two premiere squeezes in a ton of action. We get to see Dolores (Evan Rachel Wood) taking out her newfound rage on some of Delos’s coldblooded executives, the breakdown of Bernard’s (Jeffrey Wright) mental state, the Man in Black up to his old tricks, and . . . well, we could go on and on. But that’s not what we’re here to discuss — we’re here to discuss that nude scene.

Lee Sizemore (Simon Quarterman), the smarmy British man who runs the park’s Narrative Department (aka he writes all of the hosts’ stories), runs into Maeve (Thandie Newton) shortly after the hosts reclaim power in the park. Instead of killing him, she decides to use him to help find her long-lost daughter, due to his extensive knowledge of Westworld’s sprawling location. Before they set off on their journey, however, Maeve forces him to strip out of his suit and into some Western-inspired clothing. So he takes it off (ALL the way off), and proceeds to lock eyes with Maeve for a few very long seconds as he stands there with his penis out.

As far as full-frontal nudity in TV goes, this scene is a rarity. If might seem like actors are constantly naked on HBO shows like Game of Thrones and the dearly departed Girls, but more often than not the people who are actually baring it all are women. Of his full-frontal scene, Sizemore told Vulture that he was happy to do it.

“It’s not often that we see a man naked. It’s a rare thing,” he explained. “Women have to reveal a lot all the time, and it felt so in keeping with what we were doing with the themes and with the tables being turned. And obviously, doing it with Thandie, who spent most of the season last year naked. I found it incredibly powerful, actually. When we were shooting, I was very clear to the team that they could shoot it however they wanted to. I thought it was important for that scene to happen.”

Lee’s nude scene ends up being an empowering moment for Maeve, who’s able to take back control from the man who’s decided her fate over and over again without her knowledge. As Lee’s clothes come off, so do a few layers from his ego; he’s no longer the top dog, and he knows it.

Naturally the internet had a few opinions about it all, ranging from utter shock to praise for Westworld‘s feminist perspective.

Opening your windows may stop coronavirus invading your home – The Sun

'America's Got Talent': Crazy Secrets About the Show That NBC Doesn't Want You To Know