Furry fakers! Owners reveal how they spent a fortune on vet bills only to be told their pet was being dramatic – including a dog who put on a limp

Pet owners have been sharing the ridiculous reasons they have had to take their beloved animals to the vets that have left them out of pocket.

Sharing their stories on a Twitter thread, the disgruntled pet owners told stories of hypochondriac cats and dogs who gave their owners a fright – but turned out not to be poorly at all.

After Kristin Chirico, from the US, posted she had forked out $800 on an emergency vet appointment for her dog to be told nothing was wrong, other people responded to tell her she wasn’t alone.

The pet owners were left in stitches at their funny animals who had faked limping and protested against their new diets – until they looked at their bank accounts, that is.

The Twitter thread of sneaky pets who were faking their illnesses was sparked by Kristin Chirico, who spent $800 at the vet when her dog seemed a bit poorly, only to be told the pup was getting old 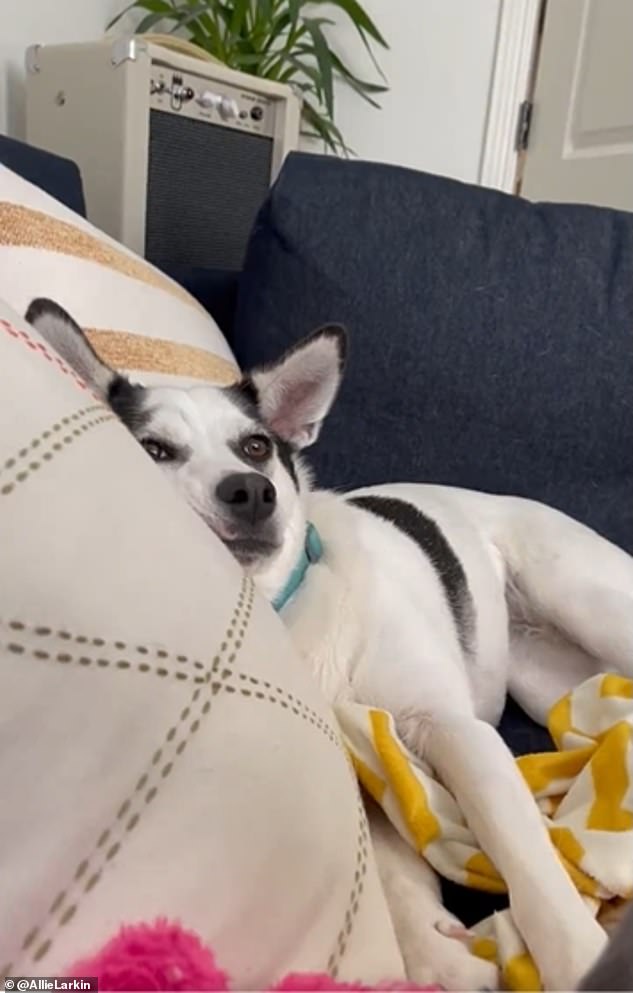 Dog owner Allie Larkin became concerned when her pup began to behave strangely and seemed glum. According to Allie, it took a hefty price tag and and an assessment for the dog to be diagnosed with ‘big feelings’ 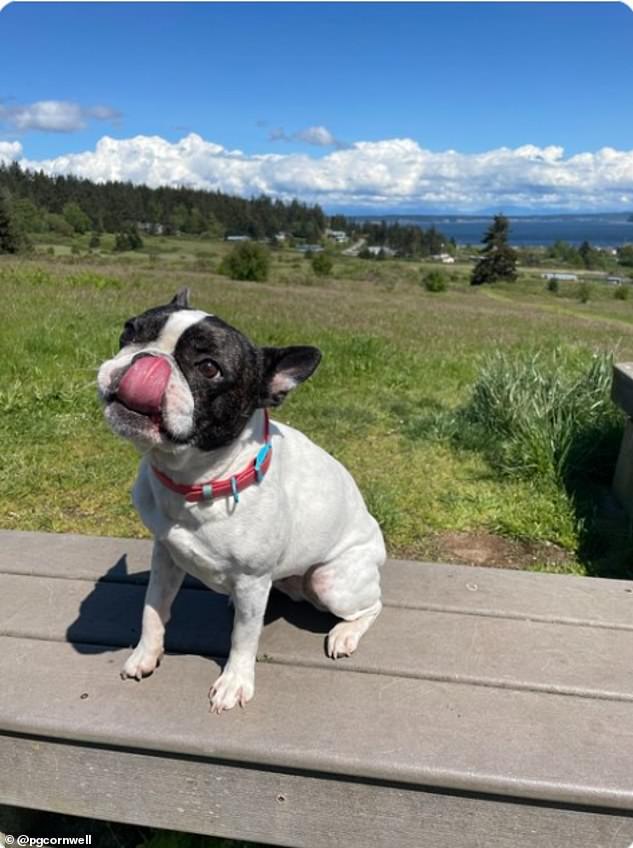 After noticing something on her French Bulldog’s tummy that didn’t quite feel right, Paige Cromwell took her to the vet – and learnt there was absolutely nothing to worry about. Posting a photo of her pup, she told of how she paid $260 to be told her pup had an extra nipple 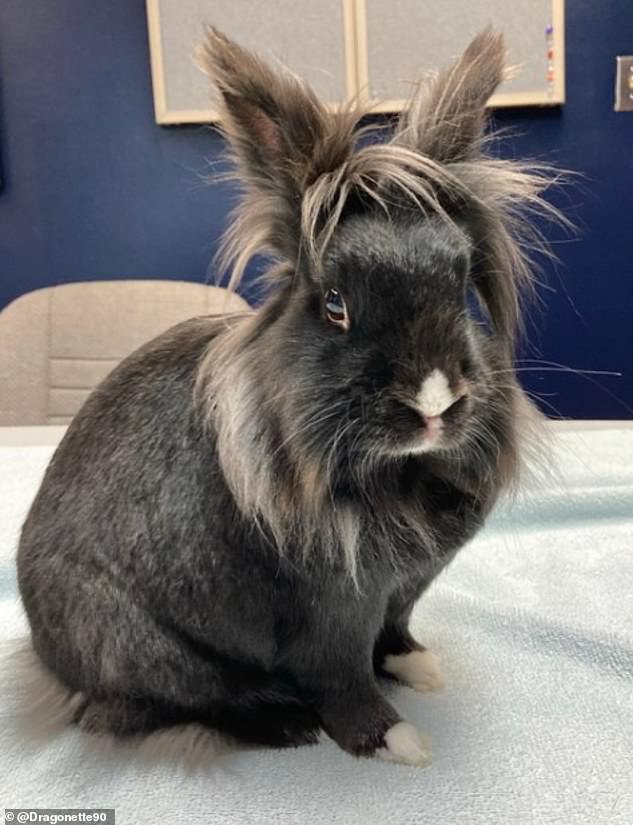 One Twitter user’s rabbit gave her owner a fright when she stopped eating. Concerned something was wrong with the rabbit’s teeth, her owner rushed her to the vet – only to learn she wasn’t a fan of the new brand of food she was being given 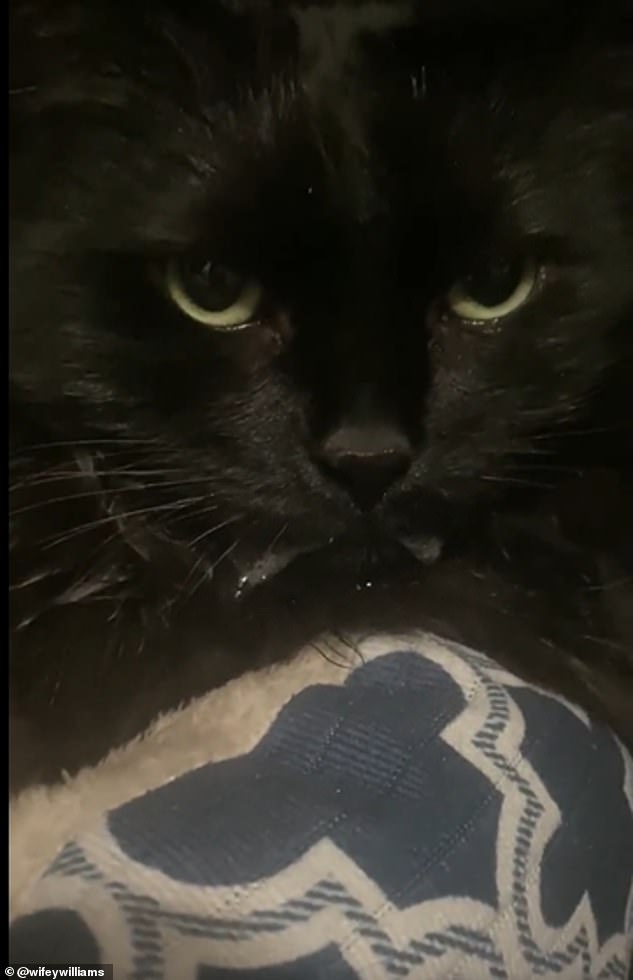 One woman’s cat, described as a ‘chonk’, also took issue with her new healthy lifestyle. The owner wrote: ‘This chonk was foaming at the mouth, crying, gagging, rolling on the floor in pain. Thought for sure she was having a seizure or something else serious. Paid $400 to find out she was protesting her new low calorie diet 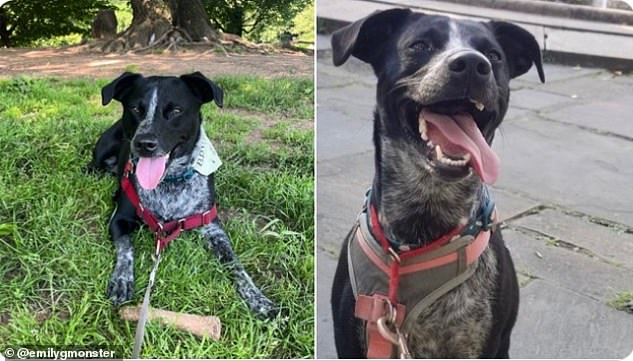 Emily Guadette was concerned when her dog seemed a bit skittish and seemed sensitive of her tail after a day out at the beach. Not taking any chances, Emily took the dog to an emergency x-ray appointment at 2am where she learnt the pup hadn’t seriously injured herself. Emily wrote: ‘The vet says she has ‘happy tail syndrome’, meaning she wagged it so hard on her beach day that it was sore’ 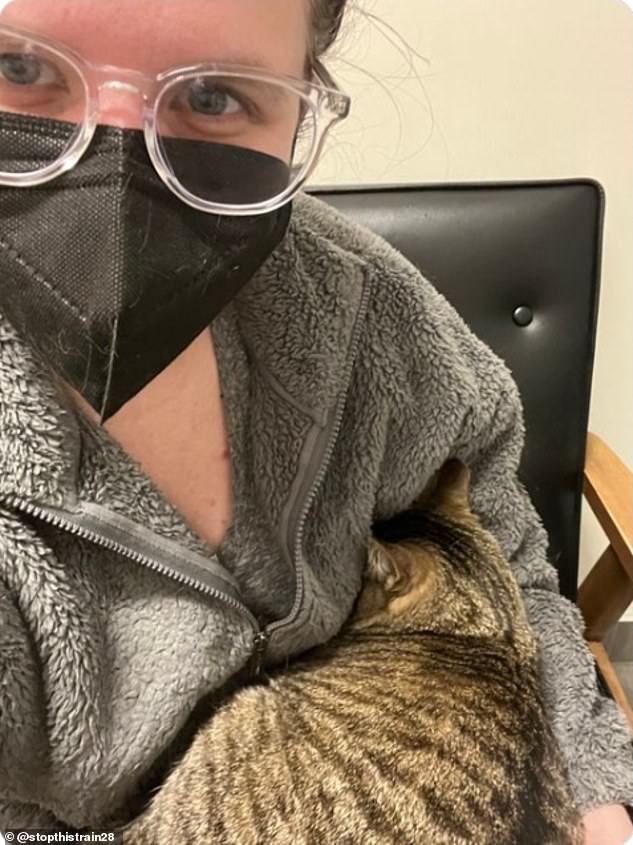 A cat owner who was concerned about her cat’s leg found the feline had the opposite problem to Emily’s dog. She wrote: ‘I paid $500 this year when my cat suddenly couldn’t walk only to find out he slept so hard his leg was asleep’ 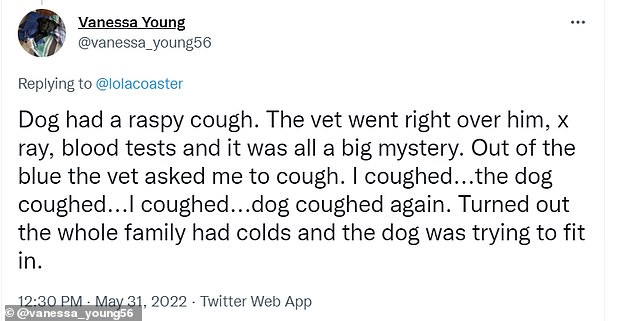 Vanessa Young realised her dog was going to extreme lengths to be like her owners after faking a cough when the rest of the family were suffering from colds. She wrote: ‘Out of the blue the vet asked me to cough. I coughed… the dog coughed… I coughed… dog coughed again. ‘Turned out the whole family had colds and the dog was trying to fit in’ 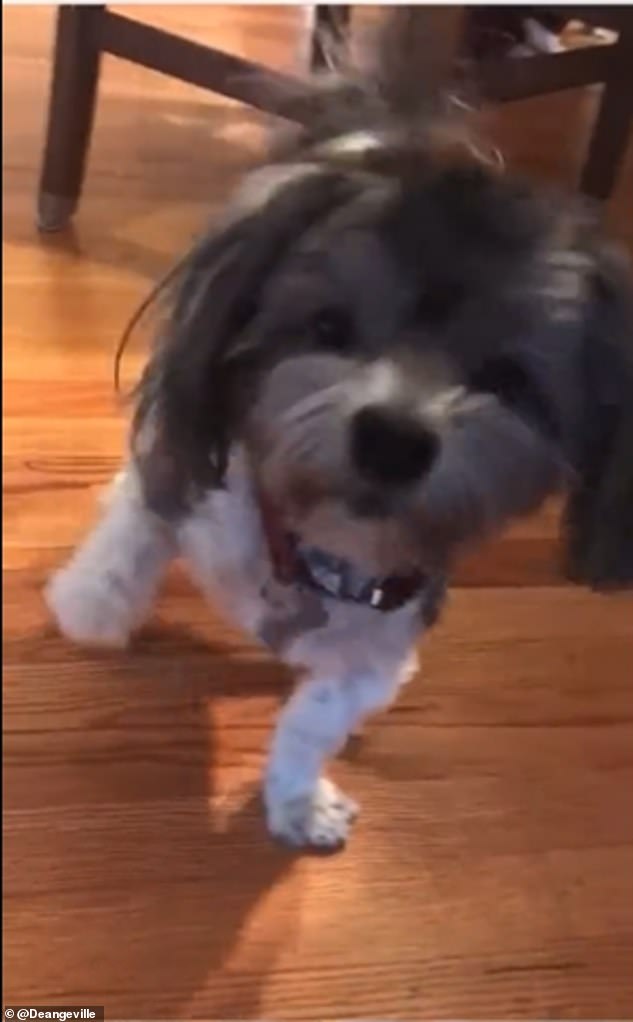 A dog owner called Gia found her pup had a sneaky side, after putting on a limp for months. She wrote: ‘I took my dog to the vet REPEATEDLY because he kept limping on three paws. ‘Vet couldn’t find anything wrong with him. Turned out, he realized he got a lot of attention for limping. RIDICULOUS’ 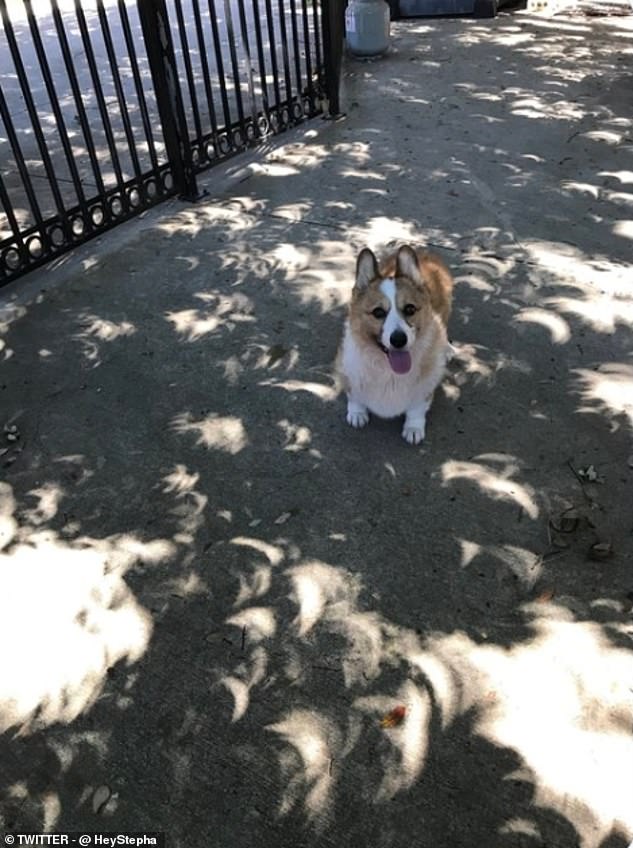 A woman called Stepha said her brother also noticed his pup was struggling to walk and took her to the vet, worrying about already diagnosed arthritis and spinal issues. However, after a costly assessment, it turned out the Corgi’s nails were too long and just needed a trim 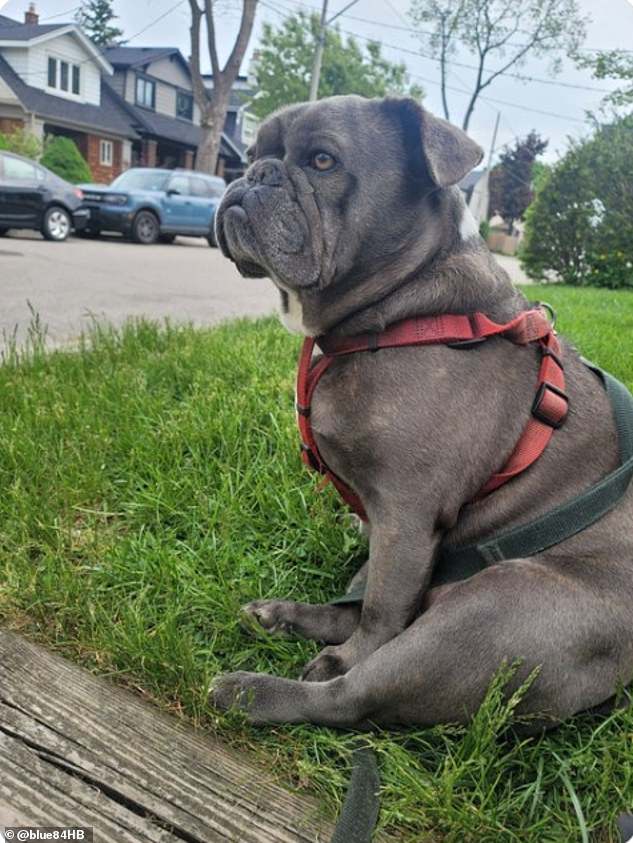 A bulldog owner called Heather said she had spent more than $2000 on an operation for her dog to remove splinters from his mouth after he kept chewing sticks. ‘I have had to do this TWICE,’ she fumed 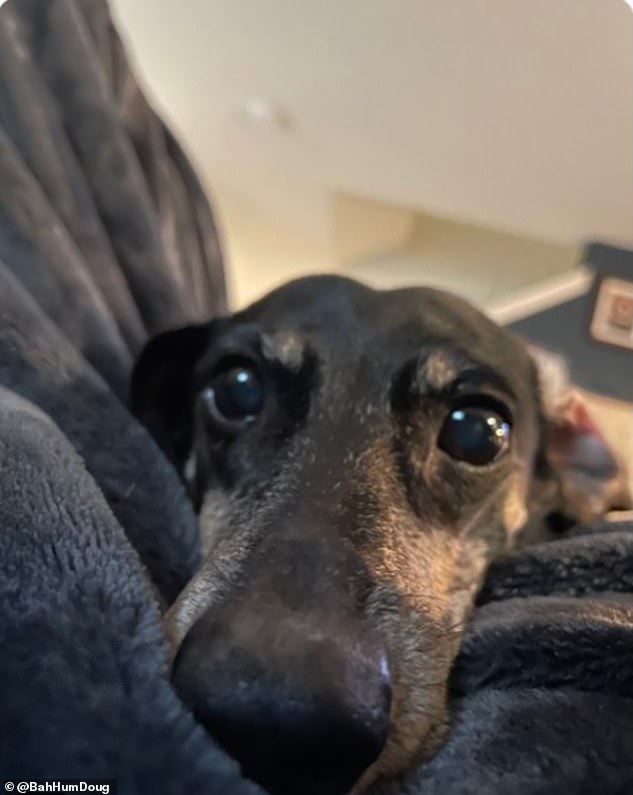 Sharing an adorable photo of his dog, Douglas described how the pup ate an entire spork in one go, meaning she had to take a trip to the vet. He wrote: ‘A few hundred bucks worth of MRI later and the doc says she’s just fine. Didn’t bother her in the slightest’ 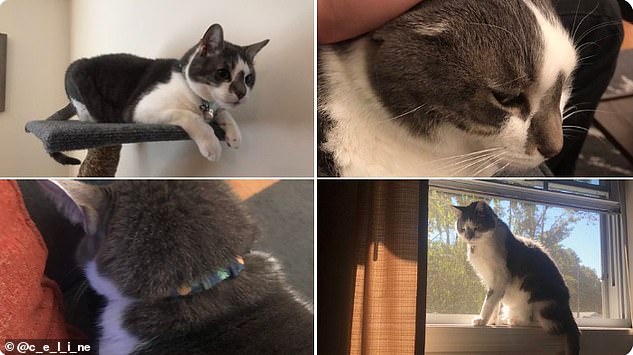 One cat owner who was concerned her cat had a UTI rushed her to the vet to try and confirm what was wrong. Thankfully her cat didn’t have a serious problem, and in fact had symptoms of a urinary blockage, which is common in male cats. It was at this point, and after spending $2,000, that the owner realised her cat was a boy, not a girl 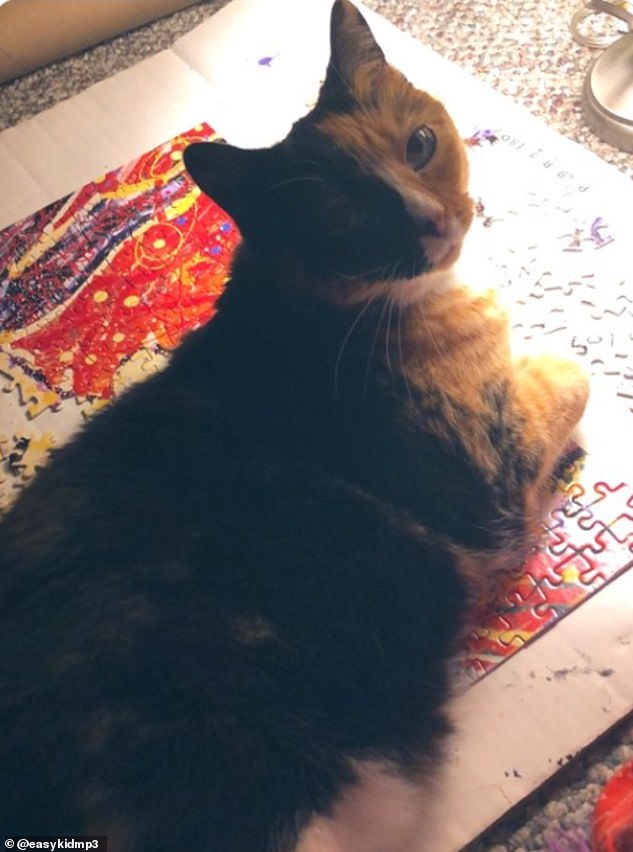 Another cat caused alarm among her owners when she stopped grooming which caused a tuft on her back. Her owner Jillian wrote: ‘It got all matted and lumpy so we got nervous only for the vet to tell us she gained a couple more pounds of winter weight this year than she usually does and is now too fat to reach around to groom it. ‘Paid $$ for the vet to fat shame the cat’ 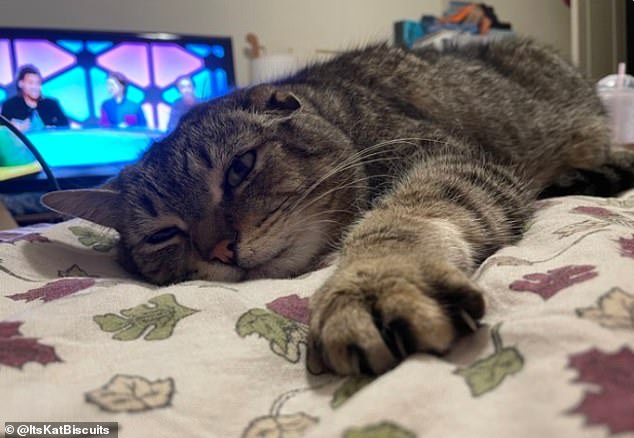 A  feline who was eating things he should have avoided was Kat’s little tabby. She wrote: ‘Last year I paid $400 to be told my cat didn’t like the taste of a bug. Posting a photo of the cat in question looking burnt out, she added: ‘I’ve had two vets confirm he is just plain dumb’

Everything There Is to Know About Anna Wintour's Awesome Daughter, Bee

The Bachelor's Jillian Harris Is Having a Girl