Princess Charlotte has become one of the most-loved royals despite that she’s only five years old. She’s the daughter of Prince William and Catherine, Duchess of Cambridge; the couple just released photos of Charlotte in celebration of her fifth birthday, and fans couldn’t believe how much she looks like the queen. 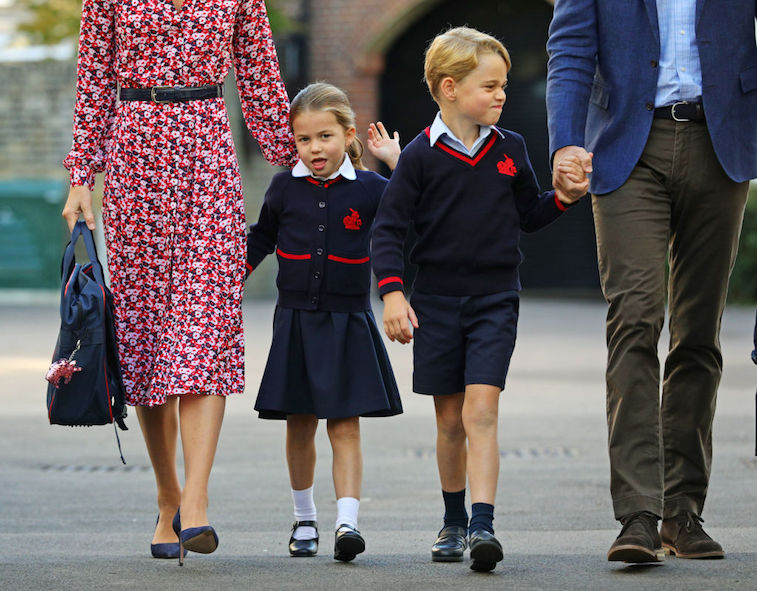 Princess Charlotte has already made a name for herself

William and Kate have tried to keep Charlotte’s life asprivate as possible (they’ve done the same with Prince George and Prince Louis,too), but the young royal has still made several appearances at events such asTrooping the Colour and the King’s Cup Regatta. But in just a short time,Charlotte has proved that she has a lot of spunk.

At the regatta, the princess infamously stuck her tongue out at the crowd (though it’s been rumored that she was actually sticking her tongue out at her grandpa, Michael Middleton), prompting plenty of laughs and a front-page story on all the British newspapers. She clearly has a lot of attitude — in a good way — and we’re totally here for it. 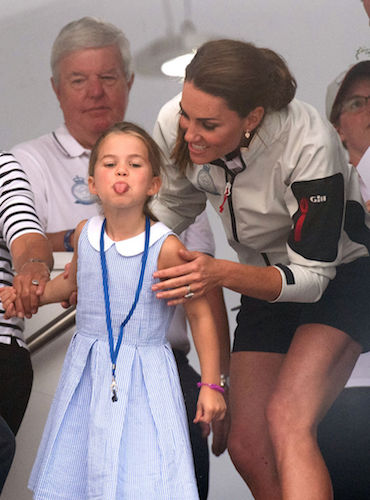 The queen has a close relationship with her great grandchildren

The queen has eight great grandchildren, though William’s kids arguably have the most importance in the royal family — from a royal perspective, that is. They’re the only children who will grow up to be working royals. But the queen is still “great-grandma” or “Gan Gan” to them, and she’s developed a close relationship with all of her great grandkids.

George and Charlotte have kept the queen entertained during the lockdown, despite that they can’t see her;the royals are keeping the queen away from everyone in an effort to keep her healthy. A source close to the royals revealed that Charlotte and George have been sending “chatty videos” to the queen in an effort to stay in touch while staying home, according to Express. The kids spend all of their holidays with the queen as well, and they try to get together as much as possible.

William and Kate’s Instagram account recently posted photosof Charlotte in honor of her fifth birthday, and fans loved to see the adorableyoung lady she’s turning into. But with that, people also felt that Charlotteshared a stark resemblance with her great grandmother.

The Duke and Duchess of Cambridge are very pleased to share four new photographs of Princess Charlotte ahead of her fifth birthday tomorrow. The images were taken by The Duchess as the family helped to pack up and deliver food packages for isolated pensioners in the local area. 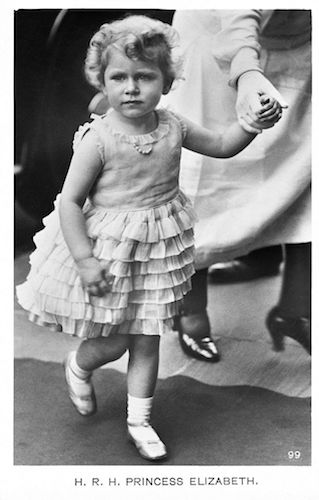 People think Charlotte resembles some other royals, too. Side-by-side images of Charlotte and a young William posted to various royal fan accounts seem to show a clear resemblance as well, and some think she looks exactly like a distant cousin, Lady Sarah Chatto. Others saw a lot of Princess Diana in her. With so many royals in her blood, it’s clear that Charlotte will grow up to be a force to be reckoned with.

Netflix Cancels Another Comedy Show After Just One Season

Kellan Lutz’s Wife on Her Miscarriage: ‘I’ve Worked SO Hard to Remain Soft’

Pregnant Cardi B Is ‘Uncomfortable’ & ‘Ready To Pop’: She’s Excited & Ready For Baby To Be Born