These naughty cats might have thought they would be able to get away with their bad behaviour – but their owners had other ideas.

Mischievous moggies of all shapes and sizes were snapped by their patient humans as they broke the rules.

Many of them couldn’t resist climbing on the blinds or furniture, often becoming stuck in the process. Meanwhile others were captured staring down the camera lens after leaving a room in disarray.

The images, taken around the world, have been compiled on  Instagram account cat_shaming collects and posted on BoredPanda.com.

Here, FEMAIL shares some of the best examples… 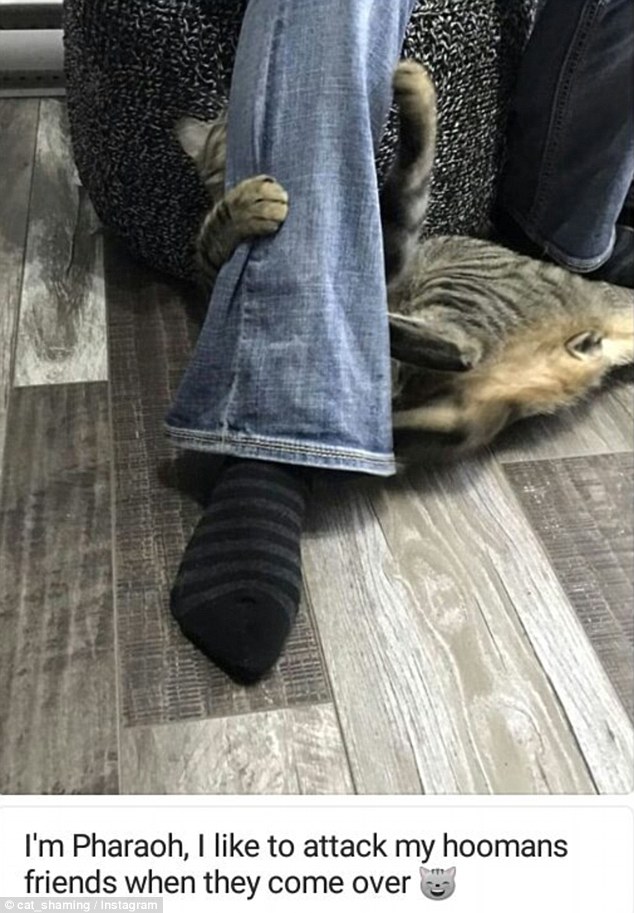 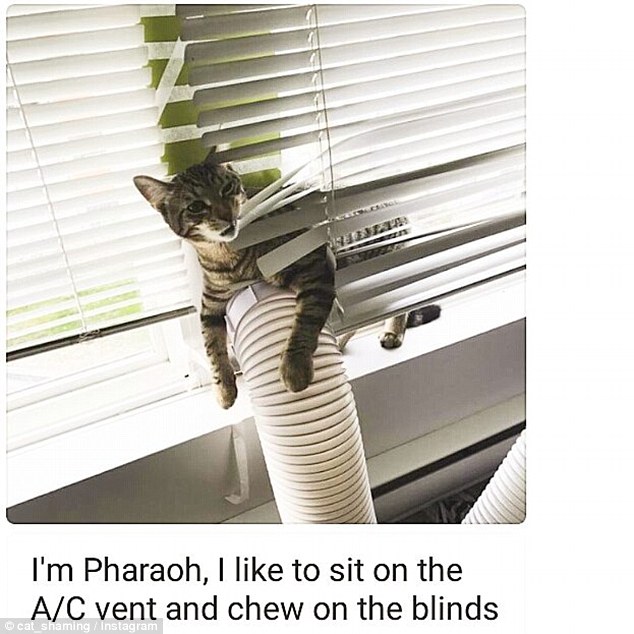 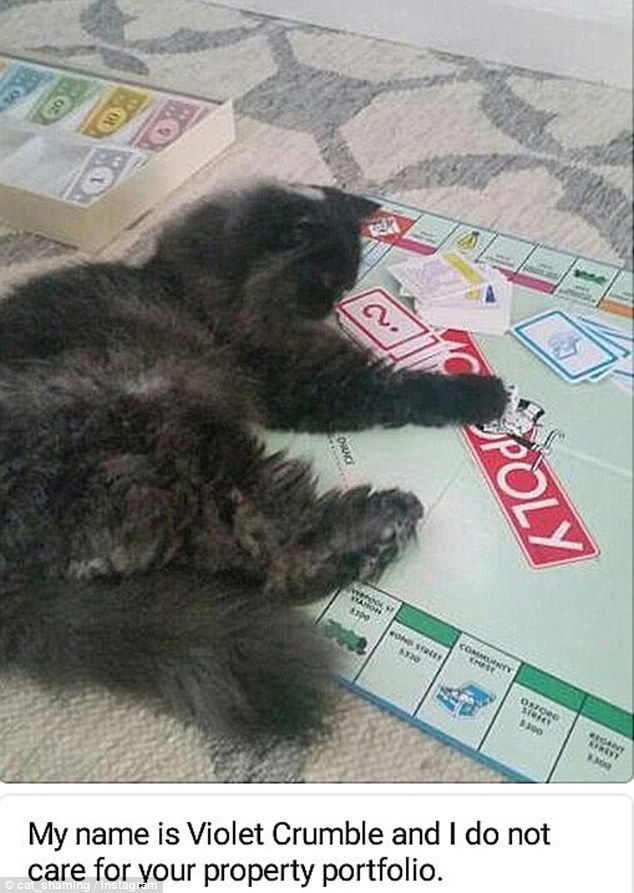 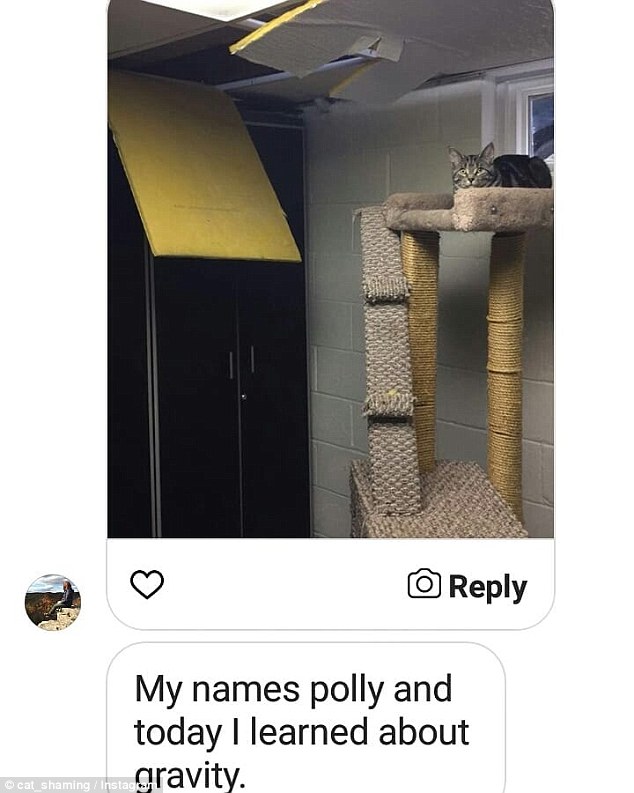 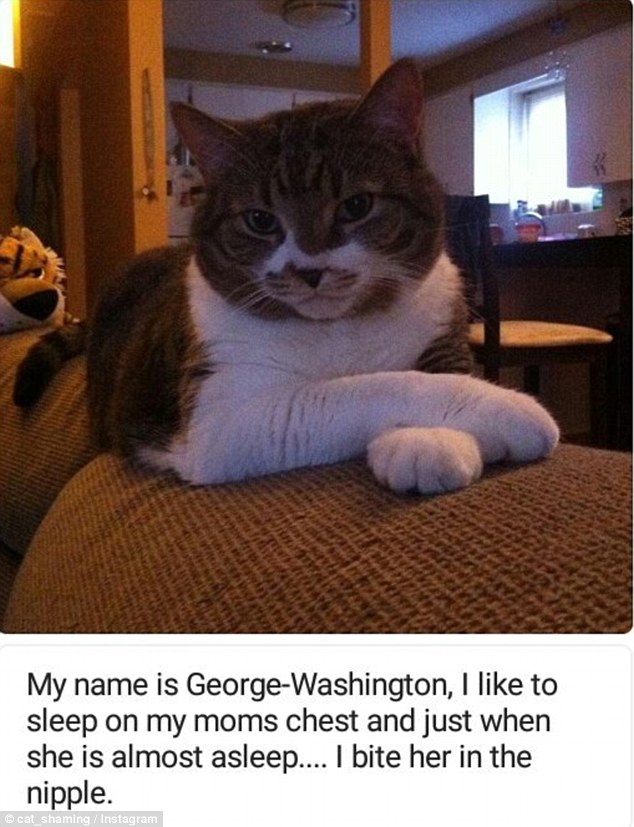 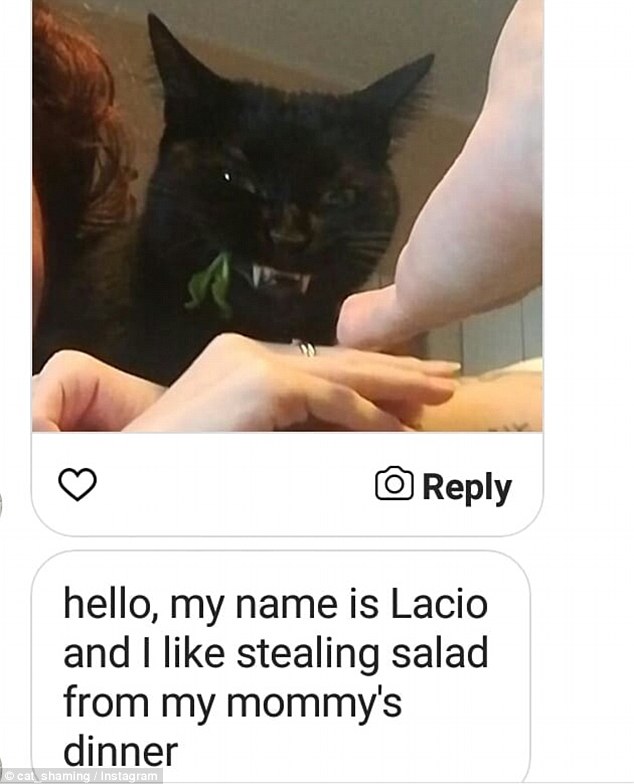 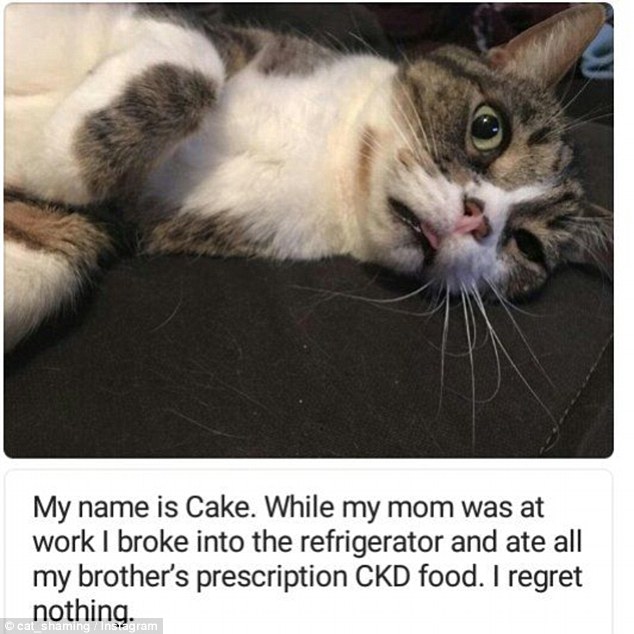 Despite the cat’s owner saying it has no regrets, Cake the cat looks like he is suffering after his daring heist of the fridge and his brother’s prescription food 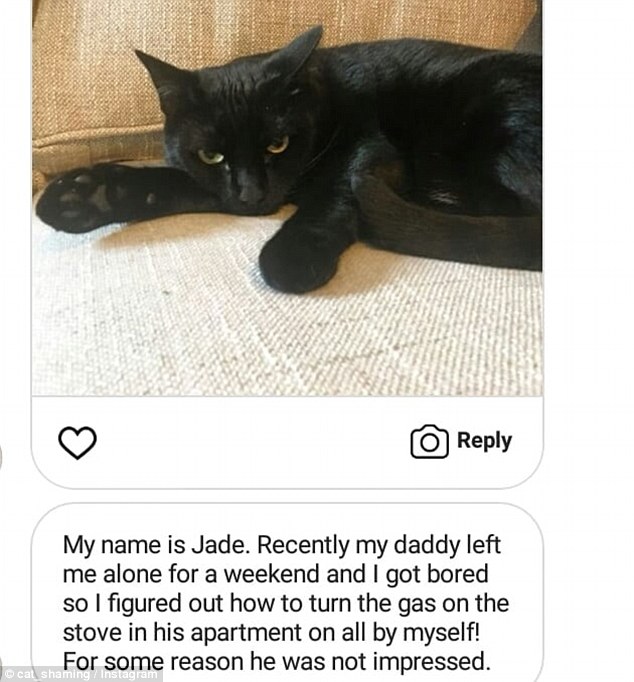 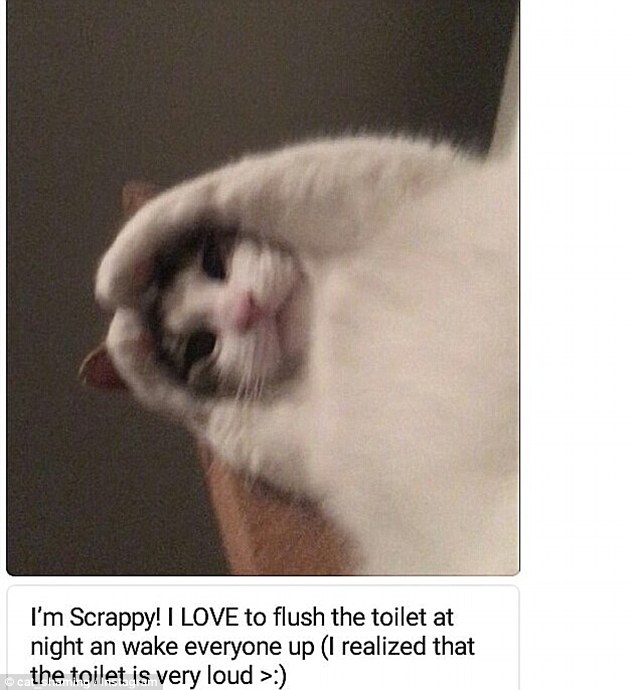 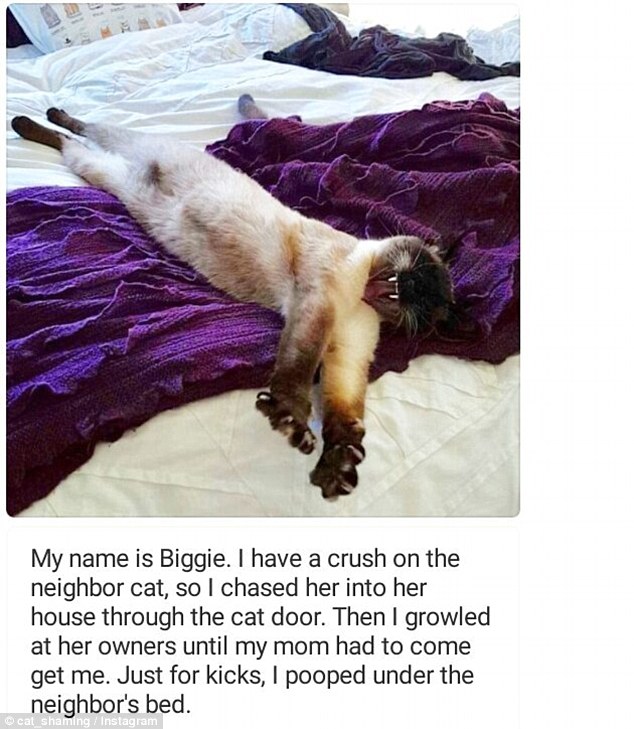 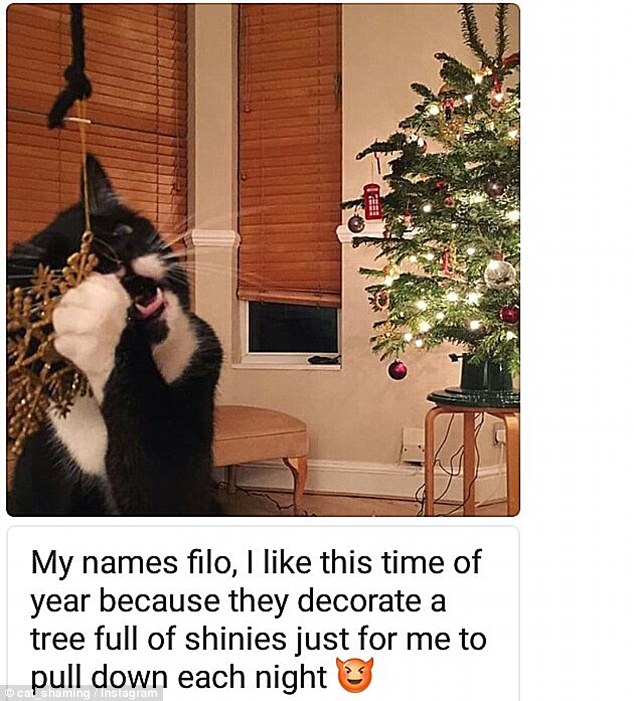 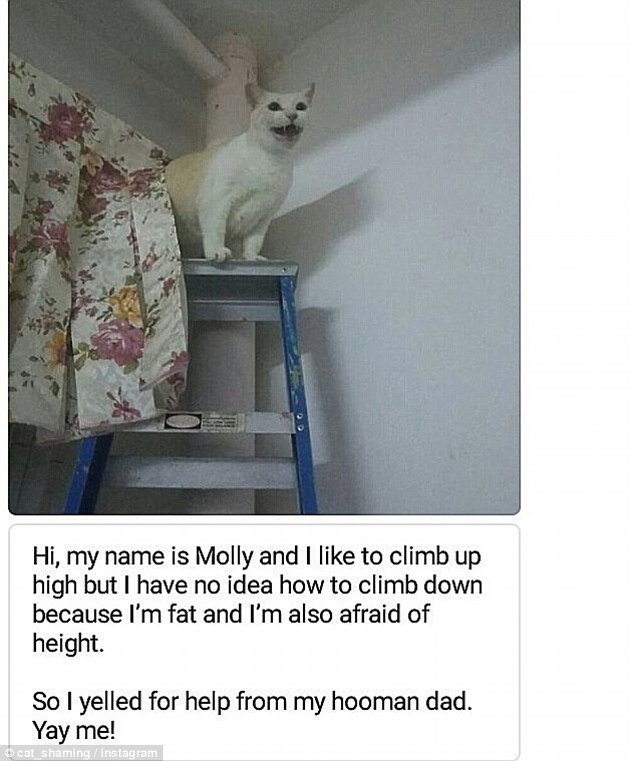 Molly’s owner seems less than impress with his cat after she managed to climb on top of a ladder and get stuck, before crying out for help

Naomi Scott Talks Getting Cut Out of ‘The Martian’