Lily Collins once tried to snatch a bouquet from Princess Diana

Phil Collins’ ex-wife Orianne Cevey is being accused of “battering” her youngest son in an emergency protection order filed by his father, Page Six can reveal.

Cevey’s 10-year-old son by her second husband Charles Mejjati has moved in with his dad as conditions at his mother’s were “toxic, causing emotional and mental instability for him,” according to court records filed by Mejjati on behalf of the child.

The boy was moved out of Cevey’s Miami residence after Mejjati was granted a temporary injunction for “protection against domestic violence” in January, while Cevey, 48, is also under investigation by the Child Protective Investigative unit of Florida’s Department of Children and Families, according to Mejjati’s court papers.

Mejjati’s request for the injunction, seen by Page Six, claims that Cevey “has committed acts of domestic violence against the minor child including, but not limited to, punching the child in the back of the head and causing the child to fall thus giving the child a concussion and hematoma.” 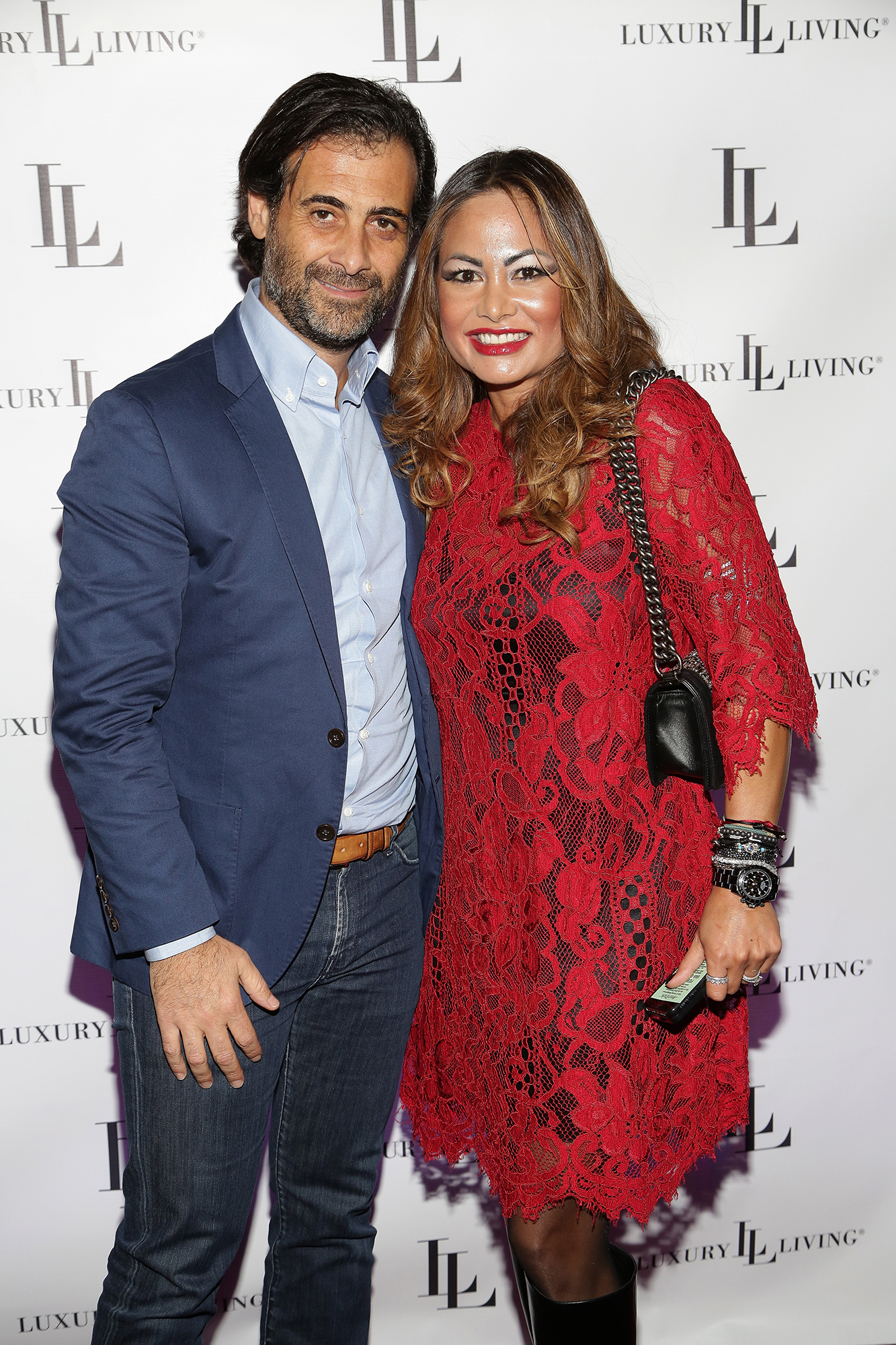 During the week of Jan. 6, while the boy was with his father, Cevey allegedly threatened the child over the phone and said she was going to “break his face” when he came home. This reportedly happened after the boy’s school had called Cevey to address how the home environment was affecting the child’s behavior — prompting her, the filing alleges, to call the child a “liar.”

On Jan. 10, the filing said, the child was “afraid to go to the Mother’s home under the threat that she would batter him.”

After getting into an “altercation” with his nanny, the boy allegedly called his father and went to his home. 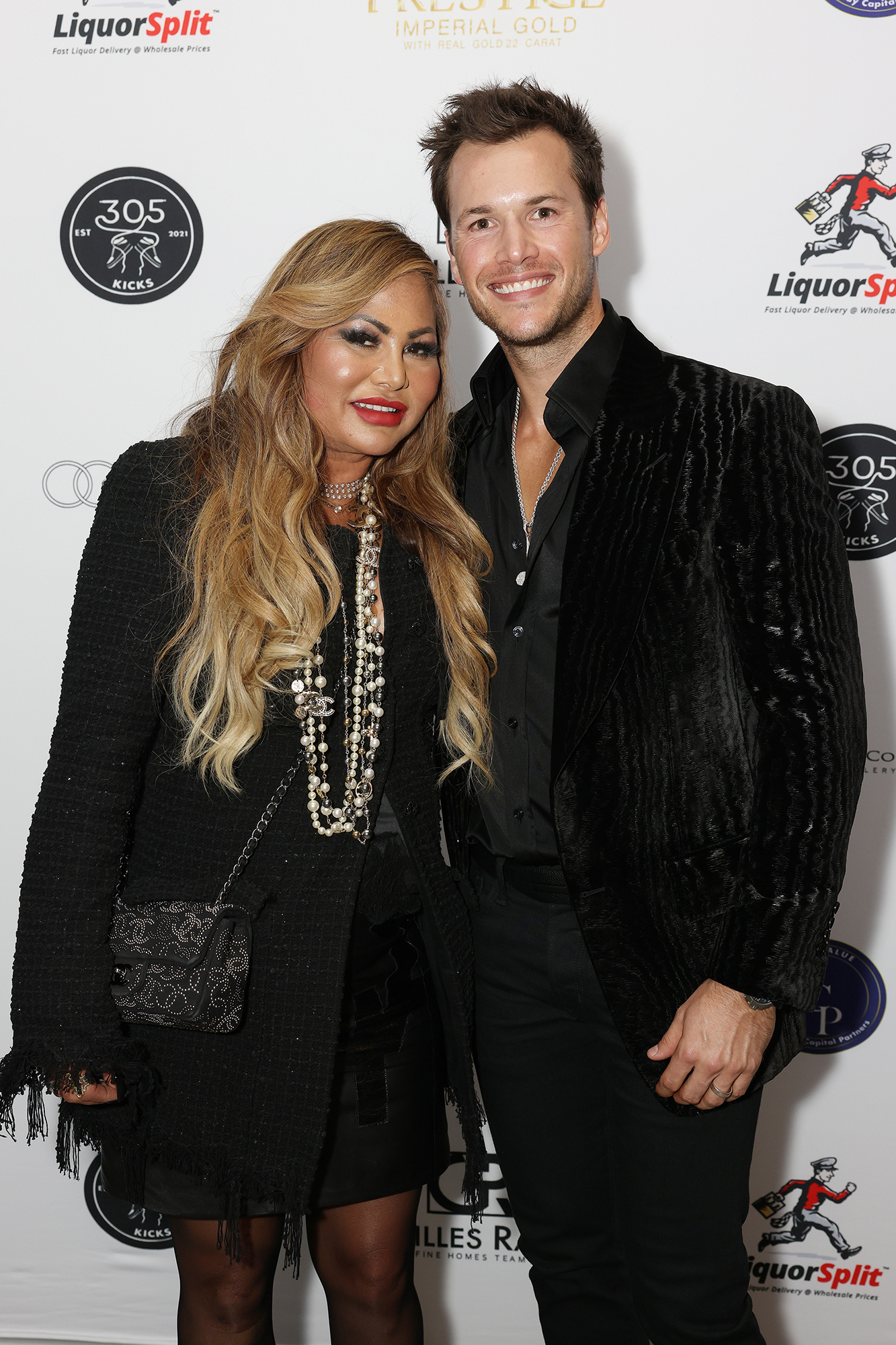 When Cevey later picked up her son, “she proceeded to batter the minor child twice,” according to the court document, once in the car and then slapping him on the face at home.

“The child was about to run away, and the Mother grabbed both of his legs so he fell off the couch,” the documents claim, adding that the child called Fort Lauderdale police and tried to run away.

Police are said to have brought the boy home, according to court papers, and Cevey is alleged to have taken his phone away, prompting Meejjati to send over police on Jan. 12 for a wellness check as Cevey had “refused to provide any contact or communication with the child.”

The document states that “the Mother [then] got drunk on vodka shots and passed out on the sofa.” 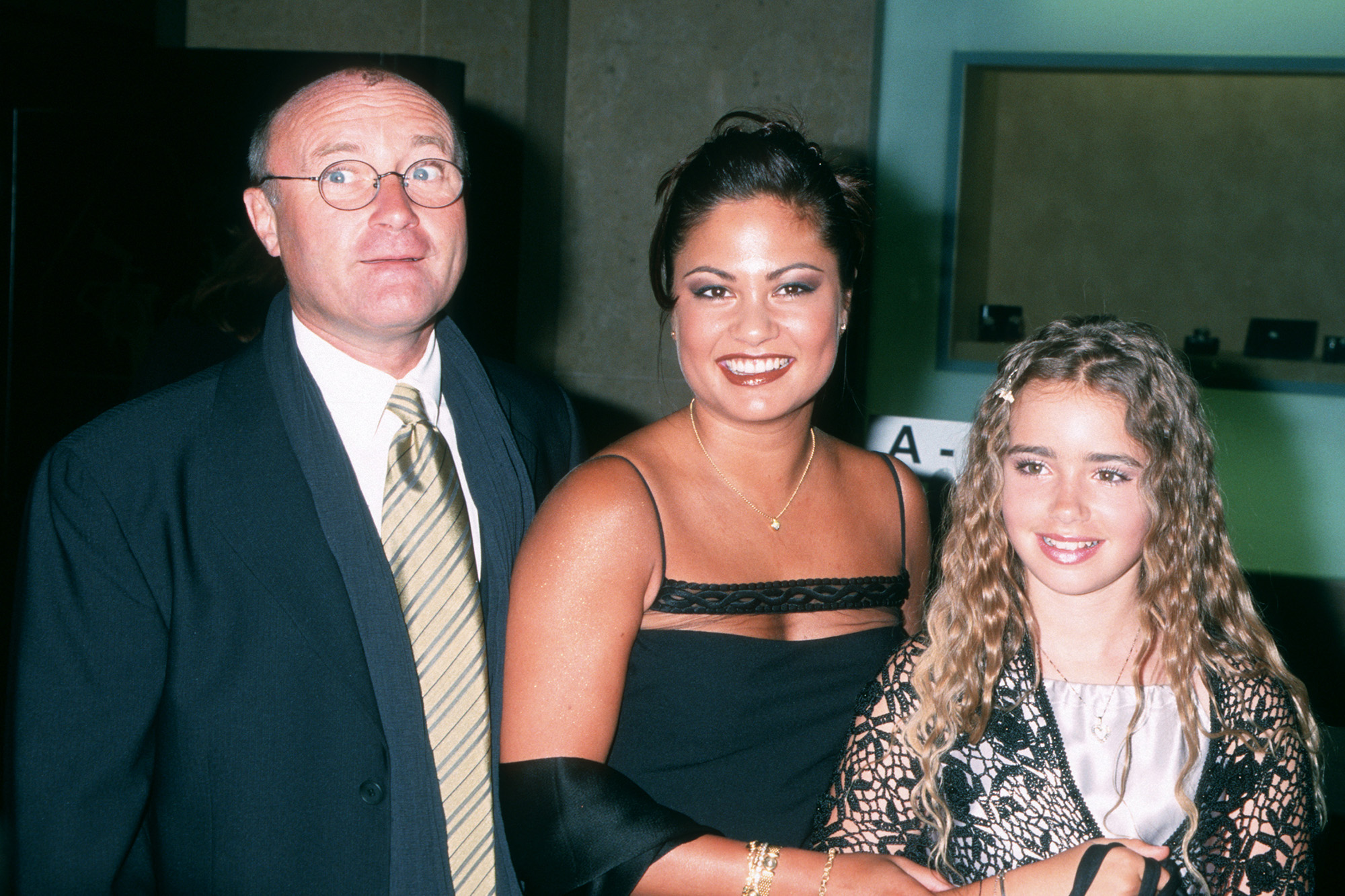 On Jan. 14, when the child refused to give Cevey his phone password, the court filing reads, “The Mother punched the child with a closed fist on the back of the head, causing the child to fall to the floor and giving the child a hematoma and a contusion … the Nanny stopped the Mother from kicking the child.

After suffering a headache over January 19 and 20, the boy was taken to the emergency room and diagnosed with a contusion and a hematoma, confirmed by a report from Mount Sinai Medical Center. The doctor contacted the Department of Children and Families, according to the filing. Page Six has contacted the department for comment. 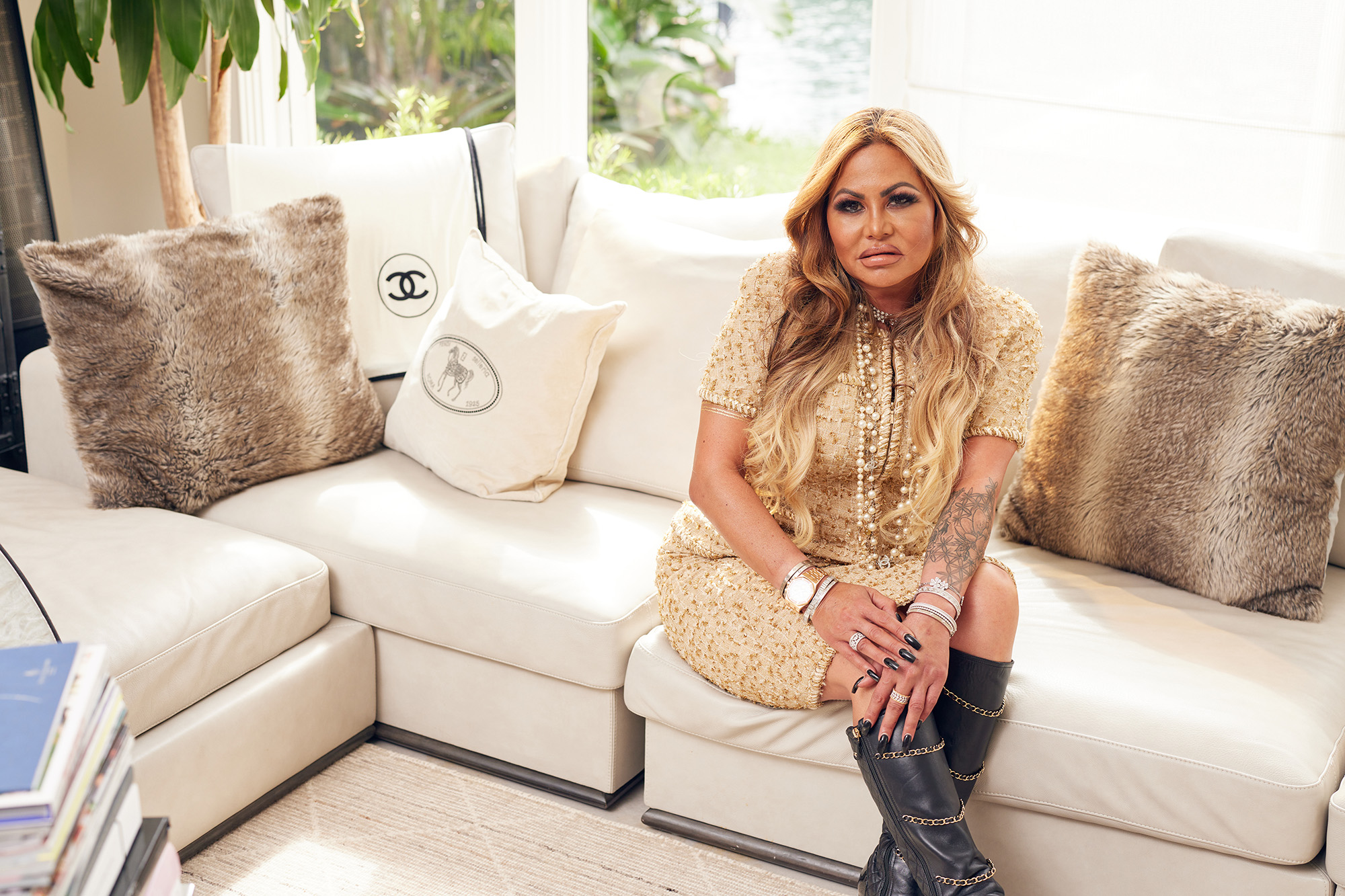 Furthermore, the filings claim, the boy was exposed to “very graphic and explicit sexual behaviors” by Cevey and her third husband, Thomas Bates – although he is not named in the filing – adding: “The child has observed the Mother having sex on multiple times.” The couple divorced in 2021. According to a recent filing in their divorce, Bates accused Cevey of attacking him on ”various occasions ” and said she once threatened to cut off his “special parts.”

Alongside this, the 10-year-old was exposed to drugs and a gun in Cevey’s home, the filing claimed. There are also allegations the boy was left alone by himself in a Paris hotel room for a night while Cevey went out with Bates and that, another time, she left him in the care of a cleaning service.

The court documents added: “The child is showing signs of mental trauma. The child’s mental wellbeing needs to be resolved on emergency basis to prevent further mental injury at the hands of the Mother.” 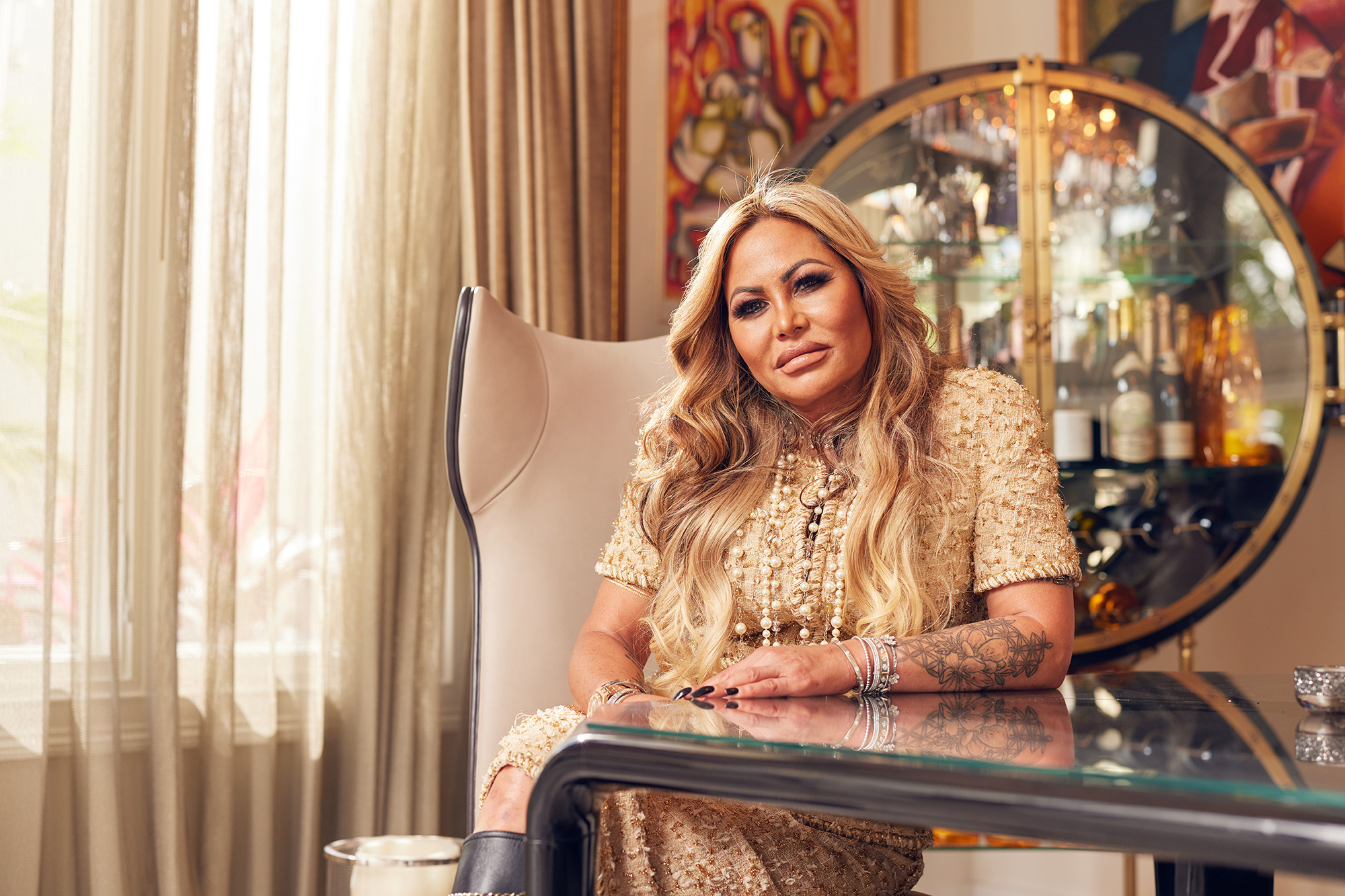 Mejjati is asking for full custody and that Cevey be given supervised visits. In a statement, his lawyer, Jeanette Wakin, told Page Six: “Mr. Mejjati’s most important priority, today and always, is the physical and emotional wellbeing of his son.” A lawyer for Cevey declined to comment.

There will be a hearing next month to decide the next measures.

As Page Six revealed this week, Cevey has been accused of “fraud” by Collins’ lawyers in a fight over his $40 million Miami mansion.

Collins, 71, and Cevey split in 2008 after nine years of marriage. She married Mejjati, an investment banker, in 2008 and they finalized their divorce in 2017, sharing custody of their son. Cevey reunited with Collins between 2016 and 2019 before she secretly wed Bates, 32, in August 2020.

Megan Rapinoe to Trump, 'You're Excluding People Like Me'

A president unhappy, unpredictable and running out of time