Pieper James can admit that she still questions Brendan Morais’ actions on Bachelor in Paradise, but she’s choosing to navigate any doubts about their relationship while dating the Bachelorette alum.

“We’re still together,” the 24-year-old Bachelor alum began on the “Bachelor Happy Hour” podcast on Wednesday, October 13. “The reason we didn’t choose to go public like everybody else in the show [after the finale aired] was just because, obviously, our experience was a little bit different. We tainted our own experience in that way, so we are kind of working on ourselves and each other and we’re focusing on being a couple before taking that public because this isn’t an easy thing to go through.”

Us confirmed in June that Pieper and Brendan, 31, started seeing each other for several weeks before he left for Bachelor in Paradise. As Pieper debated whether to go to the beach — telling Becca Kufrin on Wednesday’s podcast that she wasn’t sure she was joining the show after Brendan had already left — he struck up a romance with Natasha Parker. When the model did arrive in Mexico, Brendan was quickly under fire for downplaying his relationship with Natasha, 33, and moving on with Pieper so fast, sparking accusations that they preplanned their relationship. 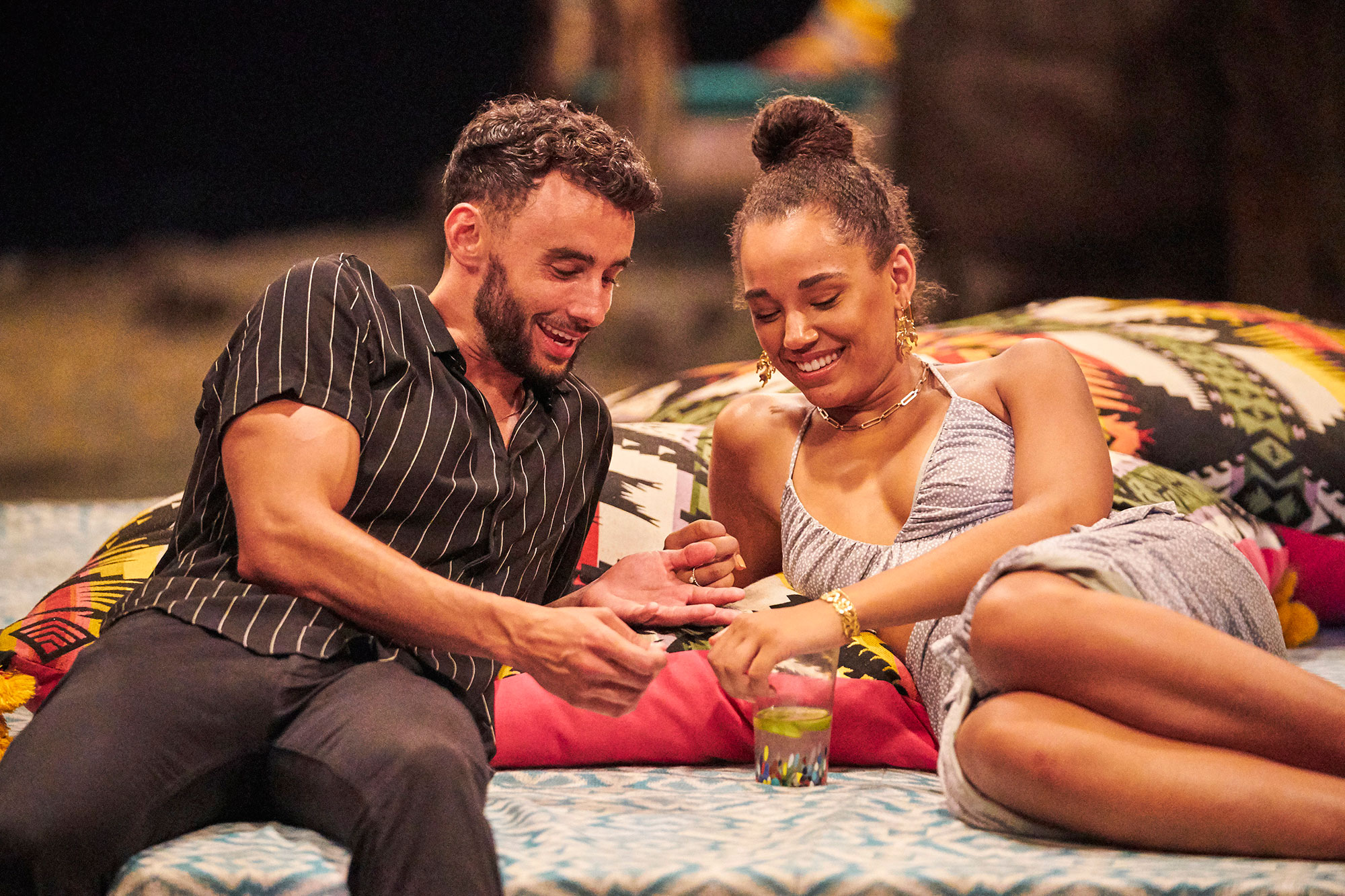 “I fully knew that I could be walking into, you know, a number of things in terms of him being in a relationship,” Pieper told the season 14 Bachelorette. “But it was kind of, like, a hope and a prayer when I walked in there that he would still be open to exploring our relationship. But no, we were not in a type of relationship beforehand other than just talking to one another and hanging out a few times.”

‘BiP’ Couples Who Got Back Together After Breaking Up

While Pieper and Brendan have shared different stories about how close they were pre-BiP, she admitted to Becca, 31, that it hurt to see his conversations with Natasha where he discussed their relationship.

“Off camera, when we get back home, it kind of made me start to question a lot of the things that I thought beforehand. It wasn’t so much accusatory, I just really wanted to know,” Pieper said about their pre-show feelings for each other.

Becca subsequently brought up Brendan claiming that he had a stronger connection with Natasha than Pieper before the Oregon native arrived.

“That was hurtful, obviously. … It’s hurtful to see that lie, like, let’s just call it a lie. It’s hurtful to see that lie if he really had strong feelings for me to say to somebody else to gain any type of anything,” Pieper said. “That’s not fair to Natasha. I’ve reiterated so many times, like, while on the beach, I have nothing but the utmost respect for her. So it’s not fair that that was her experience. It’s not fair that he said those things. And I don’t condone those actions, but it also was hurtful to me [because it] makes me then think like, ‘Oh, my gosh, am I just, like, this ‘crazy girl?’”

When asked how he explained his words, Pieper replied, “I haven’t really gotten a straight answer on that and I would love to know. I think that that’s kind of part of the reason we’re keeping our relationship pretty, like, on the down-low because I do still have questions about the experience. I do still have questions about those things that happened before I got there. … It’s hard to see the person that you like date somebody else.”

While a source previously told Us earlier this month that Pieper and Brendan called it quits, the insider tells Us that friends “believed they had split” after Pieper “hit a breaking point and kept saying ‘I’m done’” as the duo continue to navigate their post-show relationship.

“If the roles were reversed, I think he’d be feeling exactly what I was feeling watching,” Pieper concluded to Becca. “I’m definitely gonna ask him [if he feels that way] because, you know, I was following my heart and the way that I wanted to be with him, but, like, seeing how he navigated and manipulated the situation — it’s something to work through, it’s something to talk about because it’s hurtful to see.”

Gorka Marquez QUITS show due to injury ahead of ‘retirement’ revelation

Inside the eye of Hurricane Dorian: eerie photos reveal calm beneath storm