Home » Lifestyle » Prince Charles has a nickname for Meghan Markle

In a development that proves she has well and truly been accepted by the royals, Meghan Markle has reportedly earned herself a toff nickname.

According to the Daily Mail, the Duchess of Sussex has received a friendly upper-class moniker from her father-in-law, Prince Charles.

And, don't worry: it isn't racist! 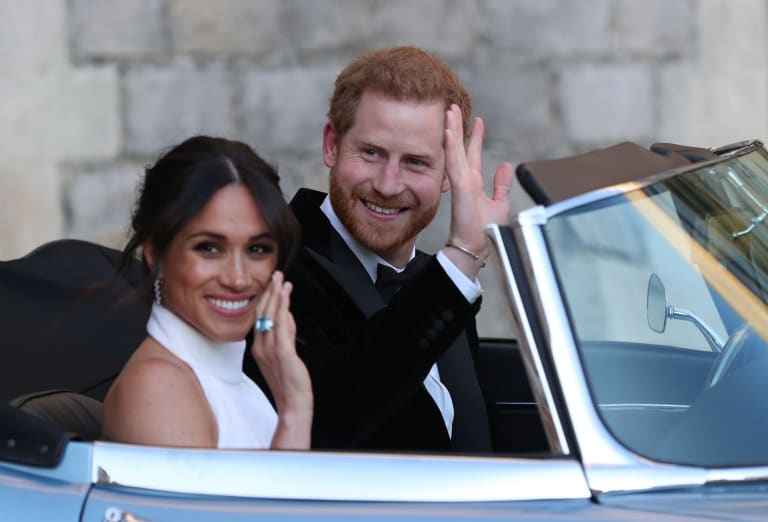 Meghan Markle has received her own royal nickname, according to reports.

(No word on what Prince Phillip's nickname for the Suits actress might be. Moving on.)

The Mail reports Markle is being called "Tungsten", after the strong metal.

"Prince Charles admires Meghan for her strength and the backbone she gives Harry, who needs a tungsten-type figure in his life as he can be a bit of a softy," a source told the tabloid.

The cast of reality show Made in Chelsea featured a "Caggie" (Catherine, a childhood mispronunciation) and a "Binky" (Alexandra, because she was the youngest).

In 2016, Tatler magazine ran a feature on the "strange science of the Sloane nickname", concluding those that weren't given by family members were overwhelmingly picked up at boarding school. Winston Churchill, for example, received his during his days at Harrow ("Copperknob", due to his red hair).

Here are some of the other nicknames given to members of the royal family.

"Squeak": Given to the Duchess of Cambridge during her school years in at St Andrew's School in Berkshire. The Duchess explained on a visit in 2012 that the school used to have two pet guinea pigs, Pip and Squeak, and, as her sister was called Pippa, Kate ended up being called…

"Wombat": In a 2007 NBC interview, Prince William revealed he earned this nickname from their mother on a childhood trip to Australia when he was just two.

"Ginger": No points for guessing which royal gets this one. In the same 2007 interview, William outed his brother, Prince Harry, as being named for his red hair. "I don't think I'm ginger," Harry protested, causing Will to reply in full schoolyard mode: "Apart from the fact you are."

"Lilibet": The Queen reportedly used to call herself "Tillabet", presumably a mispronunciation of "Elizabeth", as a young child. Over time, that shifted to "Lilibet", a name still used by her nearest and dearest today.