The Sussex Royal page announced in the middle of the night that it would be highlighting Mental Health Awareness throughout May and wanted to draw attention to organisations they support.

It appears that the royal couple, who are expecting their first child any day now,  have stopped following the Cambridges and other royals while they do this.

However, the Duke, 36, and Duchess of Cambridge, 37, are still following the Sussexes on the social networking platform. 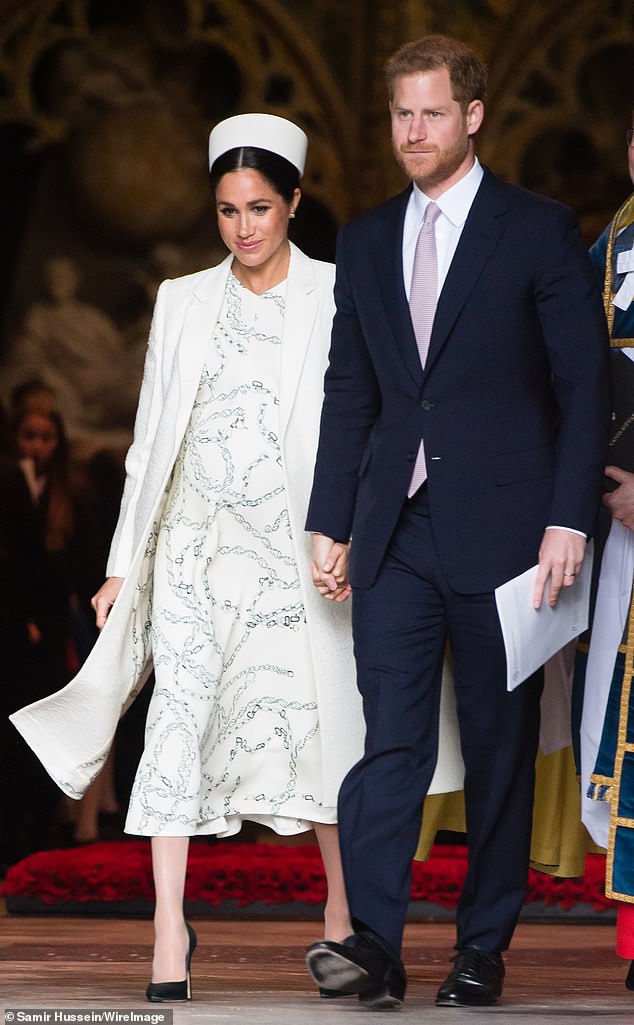 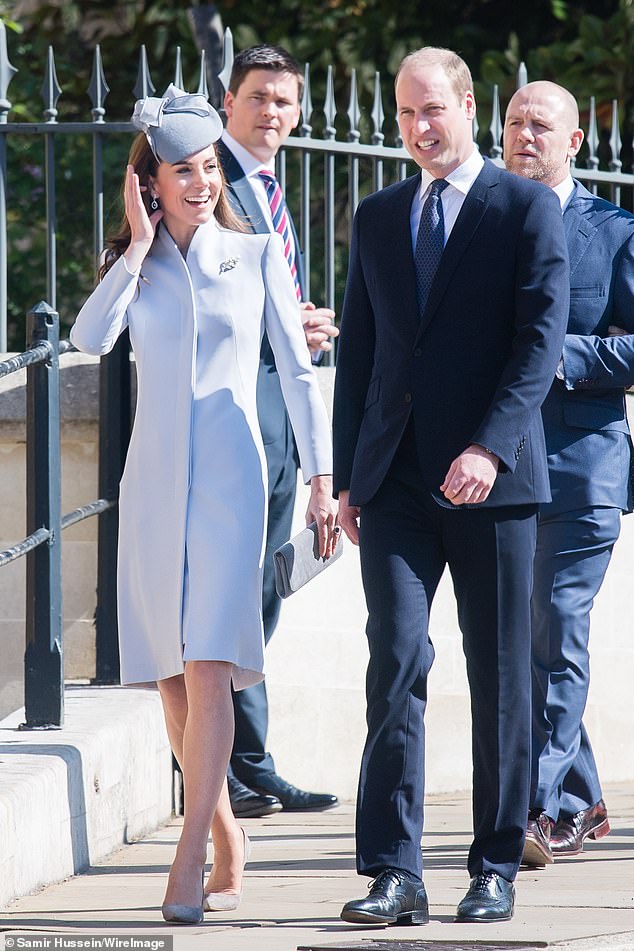 The royal couple split their social media accounts earlier this year and now the @Kensingtonroyal account purely documents the work of the Cambridges.

Meghan and Harry announced the change to their account by posting a nine-picture collage to ‘pay tribute to all of the incredible work of people across the globe.’

‘To pay tribute to all of the incredible work people across the globe are doing in this space, we are hoping to shine a light on several Instagram accounts that promote mental well-being, mental fitness, body positivity, self-care, and the importance of human connection – to not just hear each other, but to listen.’ 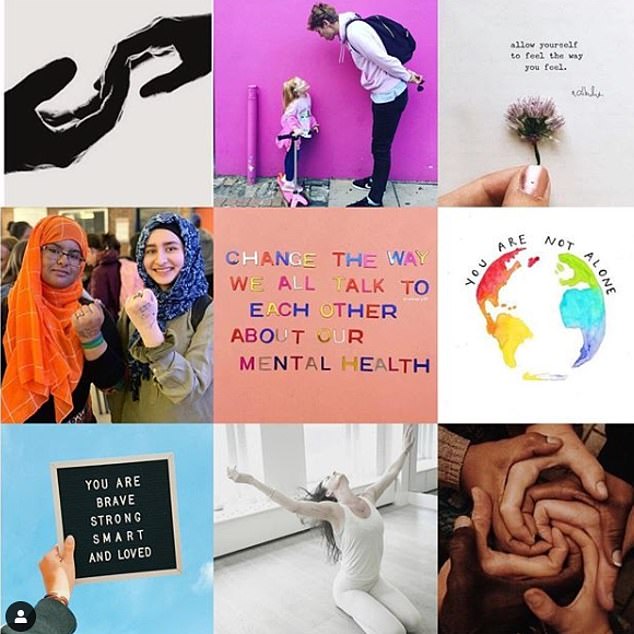 The newlyweds then encouraged their 5.4million followers to ‘explore’ the mental health organisations they support by looking at their accounts.

They penned: ‘Please go to our homepage and click “following” to see each of the select accounts and find out more about their work.’

After sharing the update about their support for Mental Health Awareness Month and Week, the Sussexes now only follow 16 accounts.

These include Black Mental Health Matters, the Kind Campaign and the Born This Way Foundation. 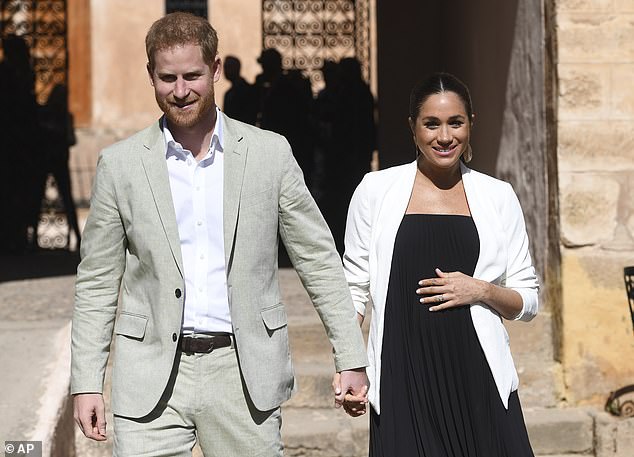 They are also still following Heads Together, the mental health initiative which was jointly launched by the brothers and their wives.

When the couple shared the image last night, dozens of royal fans desperate to hear news of Baby Sussex’s arrival accused them of ‘teasing.’

The post appeared on the @royalsussex feed at 12:41am UK BST and was clearly timed to catch the US audience too, which is between five to eight hours behind the UK.

However, for legions of UK fans eagerly awaiting an announcement on the newest royal, the middle-of-the-night message had them on tenterhooks. 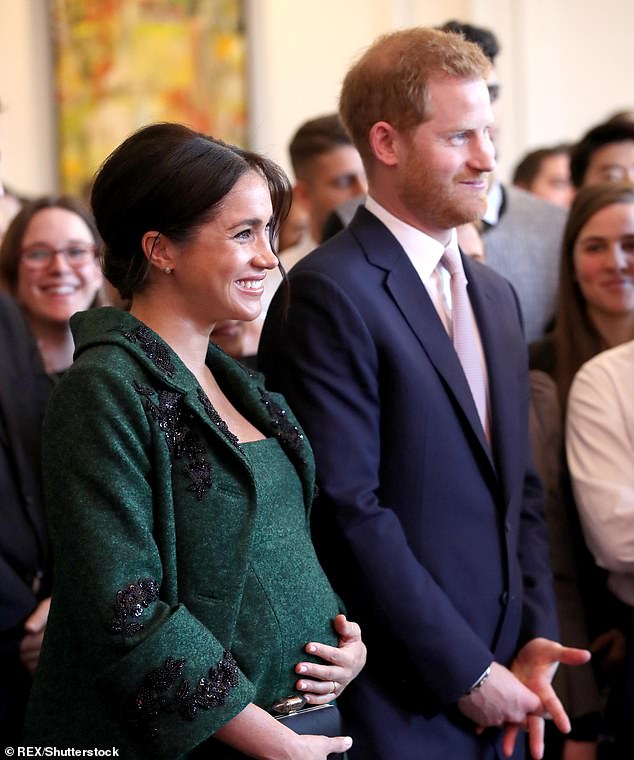 Harry and Meghan, pictured, have also been using their account to share their own pictures. Pictured watching a musical performance as they attend a Commonwealth Day Youth Event at Canada House Commonwealth Day in London on March 11

Last month royal watchers went into a frenzy after spotting captions on the new @SussexRoyal Instagram account that they believe had been written by Meghan.

Fans have been quick to spot Americanised spellings, as well as dollar signs and American English in the captions, and claim this points to a US native writing them.

Several posts use the US spelling ‘organization’, rather than ‘organisation’ and ‘programs’ rather than ‘programmes’.

These included a close up of a lion’s eye, a rhino resting on a tree branch and two feathers in front of a sunset on the Okavango Delta.