That’s one way to break the ice! Prince William jokes that children are ‘unpredictable’ like melting GLACIERS during an interview with Sir David Attenborough

Prince William has given an unexpected insight into what it’s like being a father to three children under the age of five, joking about his brood being a handful during an interview with Sir David Attenborough in Davos.

The Duke who is father to Prince George, five, Princess Charlotte, three, and Prince Louis, nine months, spoke about children being ‘unpredictable’ as he sat down with the broadcaster at the World Economic Forum yesterday.

Prince William questioned the broadcaster live on stage on a range of topics – varying from glaciers to plastic pollution.

As Sir David explained how tricky it was for the crew to capture the moment a glacier shed a large chuck of ice during his Netflix series Our Planet, Prince William quipped: ‘They’re a bit like children, David – unpredictable.’

The broadcaster laughed and replied: ‘Quite so.’ 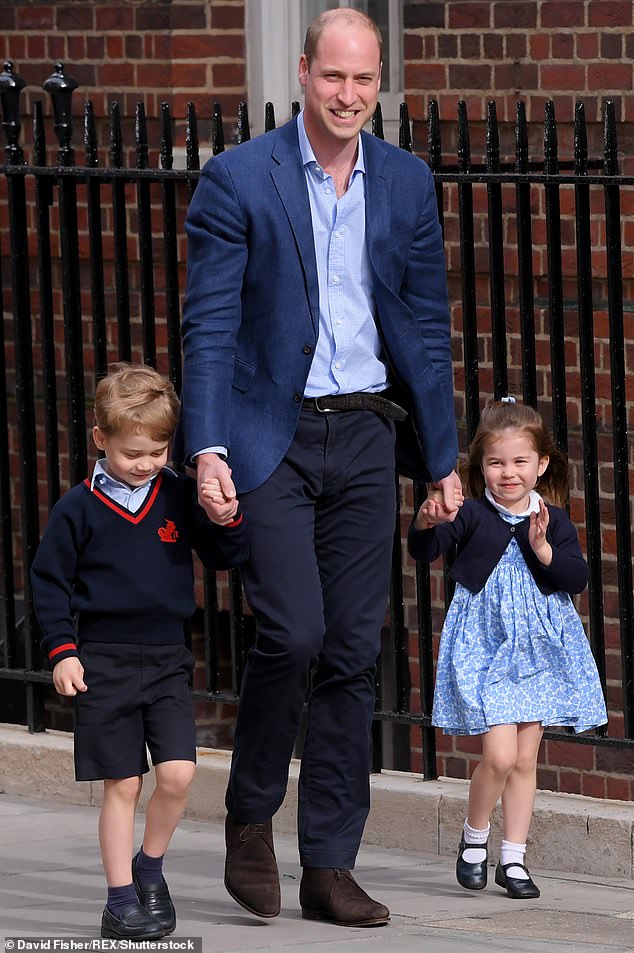 As the naturalist was explaining how tricky it was for a film crew to capture a glacier shedding a large chuck of ice, Prince William quipped: ‘They’re a bit like children David – unpredictable.’ Above, the Duke of Cambridge with Prince George and Princess Charlotte as they went to meet their brother Prince Louis for the first time in April 2018

Their comical exchange took place made while the audience were being shown a dramatic clip from Sir David’s series.

As the broadcaster began to explain that rising temperatures are one of the biggest dangers facing the planet today, he went on to highlight the difficulty in capturing the precise moment a glacier ‘calved’ the large fragment of ice.

‘In the Arctic temperatures are rising very, very fast,’ Sir David explained during the conference. ‘The team that made this series determined that they needed pictures of the melting ice that would symbolise this.’

He continued: ‘They went up to the glaciers in the North which are moving very fast indeed. They went to one particular glacier knowing it was advancing into the sea rather fast. But glaciers are always on the move a bit…’ 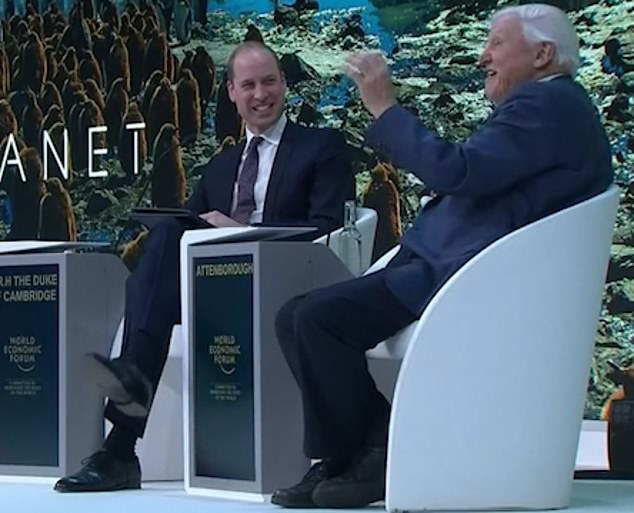 The Duke of Cambridge questioned Sir David Attenborough on a range of topics – varying from glaciers, difficulties during filming and even plastic pollution during an interview at the World Economic Forum in Davos in Switzerland 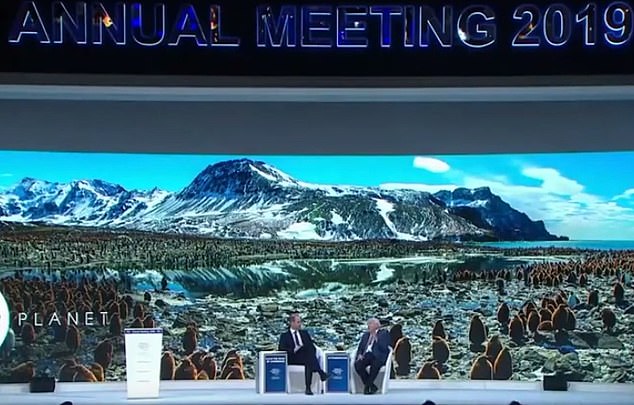 The interview took place at the World Economic Forum in Davos. During a 2016 BBC tribute programme honouring Sir David Attenborough’s 90th birthday, Prince William referred to him as ‘national treasure’ – so it was a dream come true for the royal 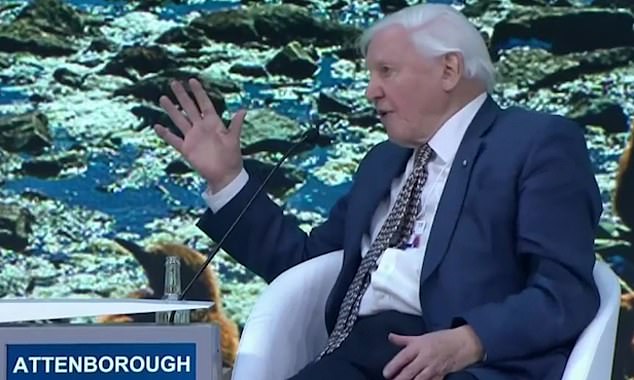 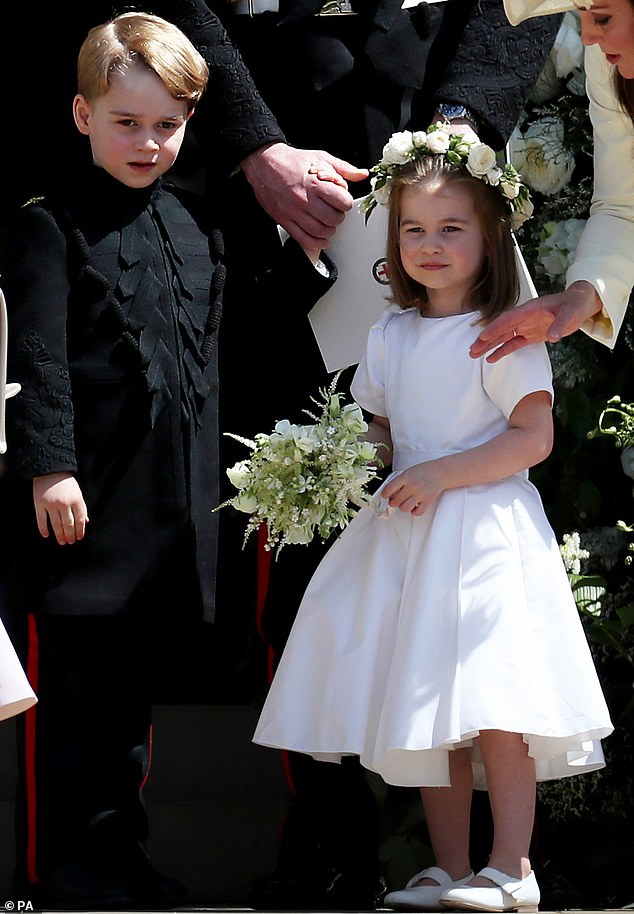 The quip made by Prince William could have revealed the temperament of his eldest childrnen – Prince George and Princess Charlotte. Pictured above at the wedding of Prince harry and Meghan Markle on 19th may 2018

After laughing at Prince William’s joke, Sir David went on to confirm that the best way for the crew to see the glacier was actually from the air in a helicopter.

In a 2016 BBC tribute programme honouring Sir David Attenborough’s 90th birthday, Prince William referred to him as ‘national treasure’ – so it was somewhat of a momentous occasion for the royal.

He added: ‘I still do, but when I was a young boy, I used to love turning on the television and watching David’s programmes and really feeling like I was back out in Africa or I was learning about something magical and almost out of this planet.’

Lucy Hale Says She Went to a Sex Convention to Prepare for New Movie Role: ‘It Was Wild’

Prince William fears his tour of Ireland will be overshadowed