Female prisoners reveal how they’ve managed to have a 10-year romance by meeting for sex in their cells, taking showers together and exchanging racy letters – despite relationships being forbidden

A prisoner has opened up about 10 year relationship with fellow inmate as she admitted they have sex in their cells, take showers together and exchange dirty letters in a Channel 4 documentary.

She opens up about her romance with fellow inmate Katie, with the two women flaunting the rules so they can be together despite relationships being forbidden at the facility.

When asked how the two get ‘physical’, Laura says they ‘lock’ the door of their cells or shower together, with Katie explaining: ‘We had a shower together the first day we were back. We ain’t going to stop what we’re doing because of these [cellmates].’ 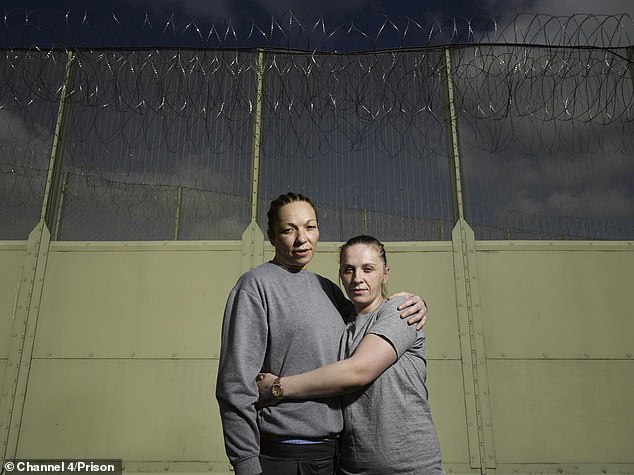 Laura Campbell, from Derbyshire, opens up about her relationship with girlfriend Katie on Channel 4’s documentary series Prison, which airs tonight on Channel 4 at 9pm

The prison is home to 330 prisoners, for offences ranging from murder to non-payment of fines, with the policy to keep inmates out of their cells to help prevent self harm and depression.

With more than 100 convictions for driving offences, shoplifting and assault, wing cleaner Laura is a dominant force on the unit.

She says: ‘I’m not very happy to be in prison but I’m happy to not split up with Katie in separate jails this time.’

She tells the camera it is a long term relationship, saying: ’10 years. A life sentence.’

The women met while they were serving in prison with one another, and have spent years in-and-out of facilities.

On their most recent charge, Laura and Katie were arrested when the car they were driving flipped onto it’s roof during a high speed police chase.

The two open up about their relationship on camera, with Laura teasing when they met ‘Katie wouldn’t leave me alone.’

And when asked about how they managed the physical part of their relationship, the women laugh and say they just ‘lock the door, go in the shower.’

Despite their apparently relaxed attitude towards their relationship, the prison’s official policy is that it disapproves of public displays of affection.

Prison officer Ms Campion reveals: ‘It causes a lot of issues in the prison, when they fall out or argue, or someone gets another girlfriend on another wing. We have more problems with relationships than a lot of things.’ 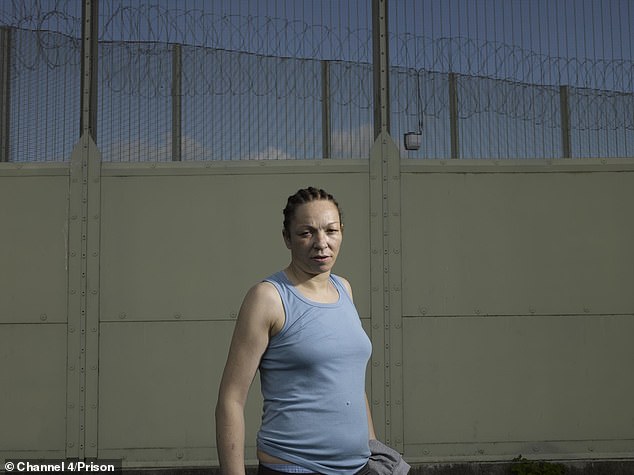 Laura is described as a dominant force on the unit at Foston Hall, with over 100 convictions for various offences

Despite warnings, Katie and Laura continue to flaunt the rules and attract the attention of custodial manager Kelly Clarke, who gives the order to separate them.

Officers are ordered to split the two women, but moving them isn’t straight forward because experienced prisoners like Laura tend to delay transfers by feigning mental illnesses or threatening violence.

Laura refuses to move to a different unit in the prison, saying: ‘I’m going to go on there and I’m going to fight ain’t I?’

But Ms Campion tells her: ‘The bottom line is, they’re going to move you.’ 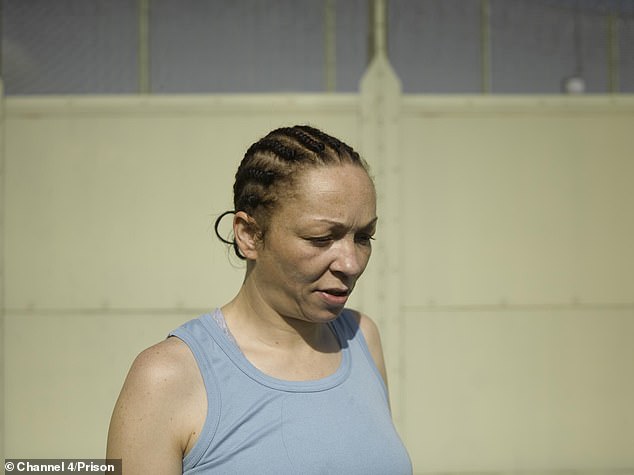 Laura and her partner have managed to maintain a decade long relationship while the two spend time in and out of prison (pictured, Laura)

‘They want me to go over there, have a fight. It’s just winding me up. I swear to God I’m going to pop.’

Despite her seemingly aggressive attitude, prison officer Mr Ecclestone says the staff always try to remain calm with the inmates, saying: ‘We try to be different to them than that they’re used to, because all they’re used to is violence aggression and anger.

‘You can understand to a certain degree why they are the way they are because of what they’ve been through. If I’d been through that, I wouldn’t be the same as I am now.’

Meanwhile Laura complains: ‘I wouldn’t f****** mind if we was causing an issue. She was fighting last time, and I’ll fight if I am moved.’

After Laura delayed the move by threatening to assault an inmate, prison staff  receive new information that the couple may be hiding drugs in their cells.

They place Laura in a cell away from the unit while it is searched, with her partner Katie also targeted. 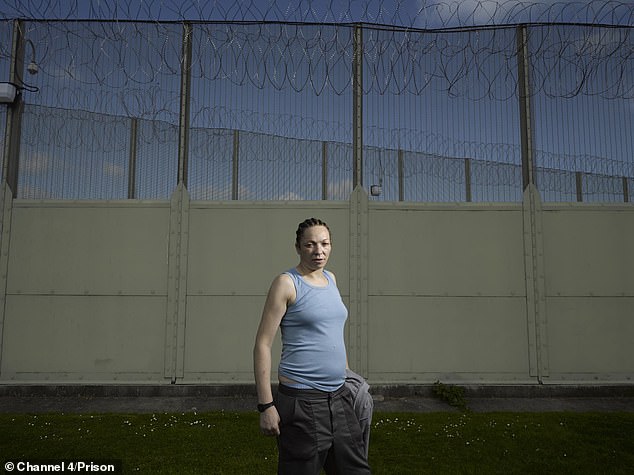 The two are separated after it emerges that Katie has been keeping drugs in her cell, with Laura saying she fears she will ‘struggle’ without her girlfriend

Officers remove her before rumours of the investigation can reach her on the first floor.

Katie says she can’t believe it, arguing: ‘That’s the first I’ve heard about that. F**** sake man, it gets worse and worse man.’

She is moved off the wing and contact between the couple is severed.

‘I’m not worried about her, because Katie can look after herself. Out of the two of us, it’s more me that struggles.’

Contact between Laura and her partner Katie proves difficult, but they continue to flaunt prison rules to maintain their relationship.

The couple aren’t meant to be in touch, but Laura attempts to hijack a kitchen trolley and join the catering detail in order to pass a note to her girlfriend.

But after she is discovered by a guard, her girlfriend ends up finding another way to sneak her a note through the system, with a messenger passing notes between the two women.

Laura reveals the note is sexual in nature, saying: ‘It is actually filthy. It’s a dirty letter that is. It’s absolute filth. That’s for later.’

These Are the Best Bikini Trends For Summer