Breaking bread at Schwartz and Sandy’s? Tom Schwartz and Tom Sandoval’s relationship with each other — and Katie Maloney — has already been put to the test on season 9 of Vanderpump Rules, but things are just getting started.

‘Vanderpump Rules’ Cast: Then and Now

“Obviously, there’s going to be some back and forth when it comes to that,” Sandoval told Us Weekly exclusively when asked about Katie’s role in their bar. “But at the end of the day, you’re just going to have to wait and see what happens.”

Schwartz, who joined Sandoval to chat about their new Whiskey brand, “Tom’s Good Lovin,” added that it got “ugly” at times between his BFF and wife, noting, “It’s complicated.”

“We’re in a great — we’re in a good spot,” Sandoval added of him and Katie.

How Much Reality Stars Get Paid

Things between the costars got off to a rocky start during the season 9 premiere of Vanderpump Rules after fans learned that Schwartz told Katie to tell Sandoval that he didn’t approve of the name Schwartz and Sandy’s for their new business.

“It caused a lot of tension and probably the most tension that we’ve ever experienced in our friendship and our partnership,” Schwartz told Us. “It really put us to the test at times. We knew this was coming so we were prepared for it, but until you’re fully in it, it blindsided me a little bit. I knew this was coming cause it’s a high-stakes venture, a very volatile industry, like, 80 percent of bars don’t make it within the first five months. … It’s a very volatile industry. We’re just coming out of a pandemic, but it’s something we believe in, this isn’t a money grab. This is a passion project we believe in and we’re really excited about it and love it.”

From ‘Housewives’ to ‘Hills,’ Relive the Biggest Reality TV Feuds

Despite the disagreement over the name, the bartenders are moving forward with Schwartz and Sandy’s. 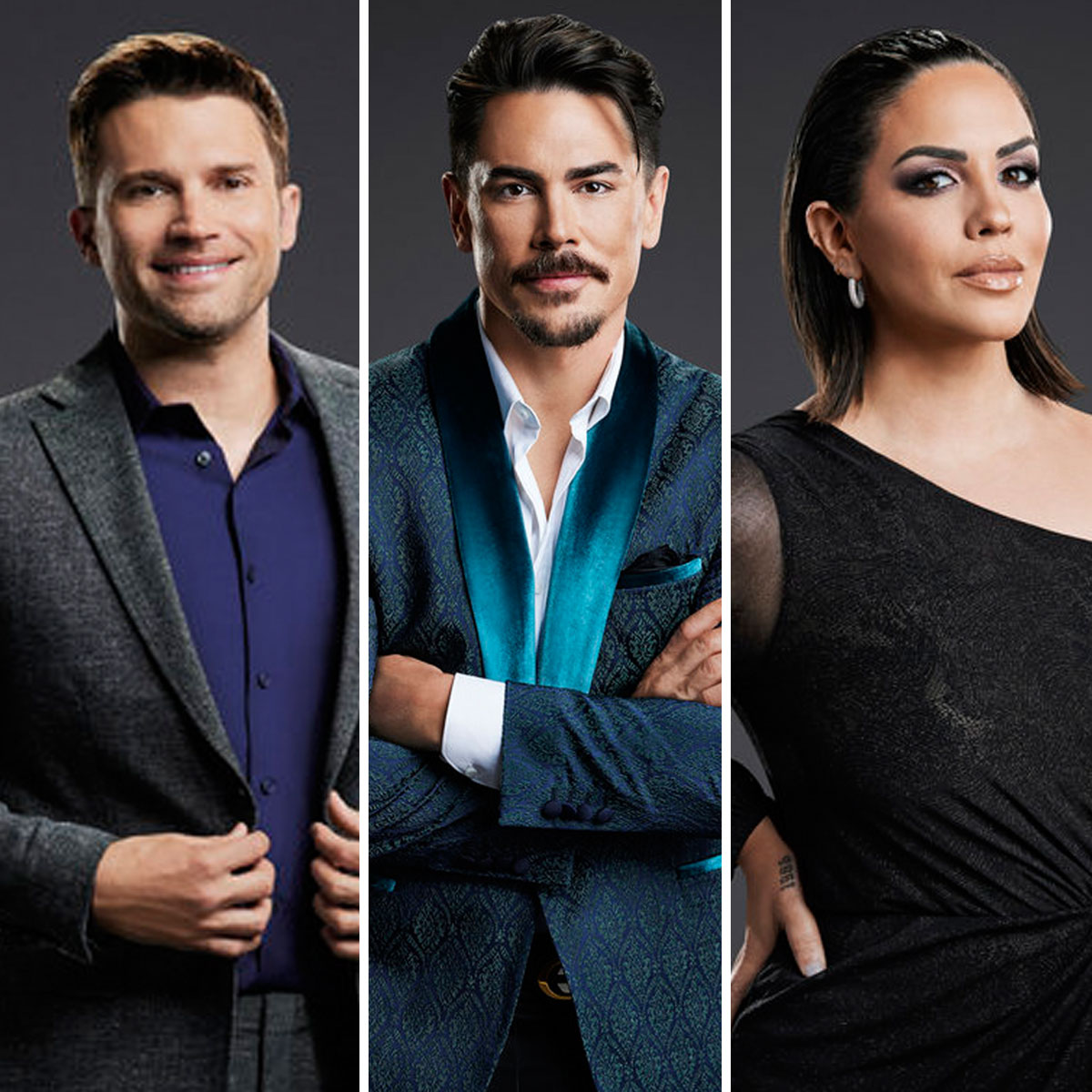 “When I first heard the name Red Hot Chili Peppers, I’m like, ‘That kind of sounds like a mariachi band.’ But now after so many years — decades — you know, Red Hot Chili Peppers has established itself as that band and that name is associated with them,” Sandoval told Us of their costars disapproving of the name. “And that’s kind of what we want to do along with the fact that, like, you know, TomTom is TomTom, and that’s our collaboration with Lisa [Vanderpump]. But I feel like with the spot, as we step away from Ken [Todd] and Lisa, and we do our own thing, you know, we want you to get to know us a little bit more, but still have our names in the name of the restaurant. So it’s like, you’re not just getting to know our first names. You’re getting to know our last names. What truly make us us.”

The Bravo stars had fewer issues coming up with the name “Tom’s Good Lovin.”

“I took a sip and I was like, ‘Dude, that’s good lovin’.’ And he’s like, ‘We should call it that,’” Schwartz explained. “And I was like, ’No. … wait, should we call it that?’ … It’s great and mixed cocktails, but it has enough depth and character to be sipped neat or on the rocks. It just makes you feel good. I don’t want to oversell it. It just makes me happy. It makes me feel all warm and fuzzy.”

When I Think of Clothes That Spark Joy, Here Are the Pieces That Come to Mind