The Reserve Bank has kept the official cash rate on hold at 0.1 per cent at its April meeting on Tuesday, the fifth meeting where the rate has been cut to or held at the record low.

The RBA moved to the current rate in November with a 15 basis point cut to help boost the nation’s economic recovery from the coronavirus pandemic and support job creation. The unemployment rate improved to 5.8 per cent in February, down from a peak of 7.5 per cent in July. 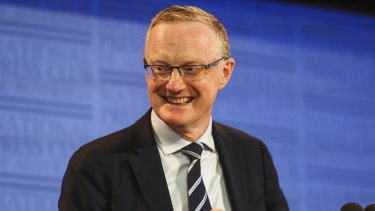 The cash rate is expected to be on hold potentially until 2025. RBA governor Philip Lowe previously said the central bank would not increase interest rates until inflation was back in the target band of between 2 and 3 per cent. This is only expected to happen when unemployment drops low enough to encourage wages growth, which may not occur for several years on the latest available forecasts. At the end of 2020 inflation was running at 0.9 per cent.

There has been a rapid recovery in the labour market since the height of the pandemic and there are further signs of continuing strength. ANZ has recorded job advertisements at a 12-year high in March after a strong jump in February, which suggests strong improvements in the unemployment rate.

While the end of the $90 billion wage subsidy scheme JobKeeper at the end of last month is expected to result in up to 150,000 people losing work, or about 1.2 per cent of the workforce, ANZ senior economist Catherine Birch said the overall employment loss would be smaller due to growing demand elsewhere.

“While we expect a temporary rise in the unemployment rate in [the second quarter], we think it will resume its rapid downward trajectory in [late] 2021,” Ms Birch said.

Record-low interest rates and government grants have contributed to a sharp rise in property prices over the first quarter of 2021, with Sydney and Melbourne home values rising 3.7 and 2.4 per cent respectively on CoreLogic data.

These sharp rises, which are expected to continue for the next few months, have resulted in some analysts raising concerns the market may be overheating.

No action has been taken by regulators who say high lending standards continue to be maintained, however prices and loan activity will continue to be under scrutiny.

Sylvester Stallone Teases the 'Next Adventure' of The Expendables