Telling her side of the story. Days after Camille Grammer and Lisa Vanderpump took to social media alleging that Kyle Richards spilled the beans about Erika Jayne and Tom Girardi’s legal woes, the Halloween Kills actress is sharing her truth.

“Looks like somebody wants their job back,” Richards, 52, exclusively told Us Weekly while promoting her partnership with SmoothGlo. “I mean, everybody that was at the shower texted me and said, ‘You were hosting a baby shower and dancing on tables. I never even saw you speak to Camille for one minute.’ And I said, ‘Exactly, but I know exactly what they’re doing.’”

The Real Housewives of Beverly Hills star continued, “So, I’m not even going to give this oxygen, you know, and then Lisa Vanderpump chiming in, ‘Oh, well, you know, of course, she did.’ You weren’t even there. So to me, it was very calculated.” 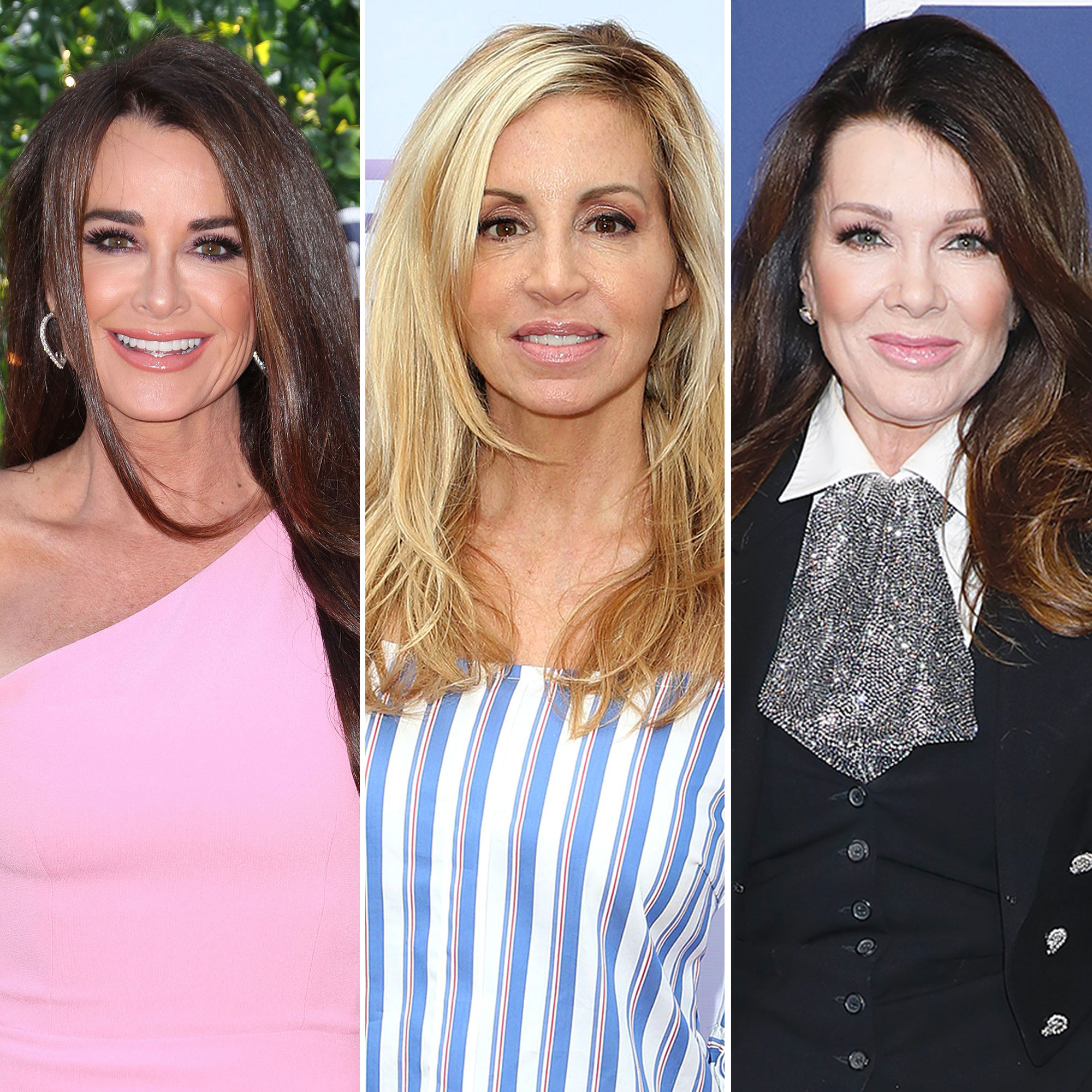 Richards noted that the Pretty Mess author, 50, “didn’t buy” the former Housewives’ claims “for a second.”

“I spoke to everybody and I just was like, ‘Honestly, I’m too busy, you know, promoting Halloween right now.’ … But then sometimes you just get to have a weak moment where you’re like, ‘Oh my god, please,’” she explained. “These two talking about the Real Housewives of Beverly Hills more than I actually am, by the way. Thanks for the press, though.”

Biggest ‘Real Housewives’ Feuds Ever — And Where the Relationships Stand Today

“To set the record straight,” Grammer tweeted on Tuesday, October 5. “It was Kyle who told me Tom was in trouble during @Andy’s baby shower. I was surprised that Kyle was acting chummy chummy with Erika. Erika even when on to call Kyle the Queen of #RHOBH Crazy rt?!?!”

The former Bravo personality previously tweeted in September that she heard rumors of the “Roller Coaster” singer’s financial troubles from a fellow Housewife without naming who told her. At the time, the Pump Rules star, 61, and Bethenny Frankel also accused Richards of having prior knowledge about her costar’s finances.

During her chat with Us, the Life is Not a Reality Show author was asked whether she thought Vanderpump and Grammer would be welcomed back to the Bravo hit with open arms. She teased, “By whom?”

“I think that our show is number one on Bravo right now and we’re good where we are,” the American Woman producer told Us. “And you know what Lisa’s about to be a grandmother, you know, I’m happy for her. She should go and be happy and enjoy her life. I don’t know why she’s tweeting, you know, things that aren’t even true about former cast members. Like, let’s grow up. We’re all adults here.”

Richards spoke to Us while promoting her partnership with Lumenis’ new SmoothGlo device, which helps treat common skin issues, including tone, texture and volume.

“[Choosing SmoothGlo] was obviously a no-brainer for me and it’s helping me with my brown sunspots, fine lines, my skin feels tighter,” the reality TV star explained to Us. “And you know, the name SmoothGlo, obviously, is because I do feel like I have an overall glow to my skin. So I was so excited to try it. And it was so quick and painless and you just literally leave right after. It’s kind of a miracle. I’m so happy with the results. And I definitely plan on to continue.”

She noted the procedure features a “wand that goes over your face with a light,” revealing that the nurse who performed it described the process as a “zap with the little wand.”

“So it makes it produce more collagen to, like, repair,” the actress added. “So, you know, you’ve got new collagen coming in, your skin is looking plumped up. It gets rid of the little brown spots and fine lines, and you’re in and out and no downtime.”

Does Lauren Conrad Have ‘The Hills’ Era Outfit Remorse?

The secret to What We Do in the Shadows? Toothpicks and blue jeans