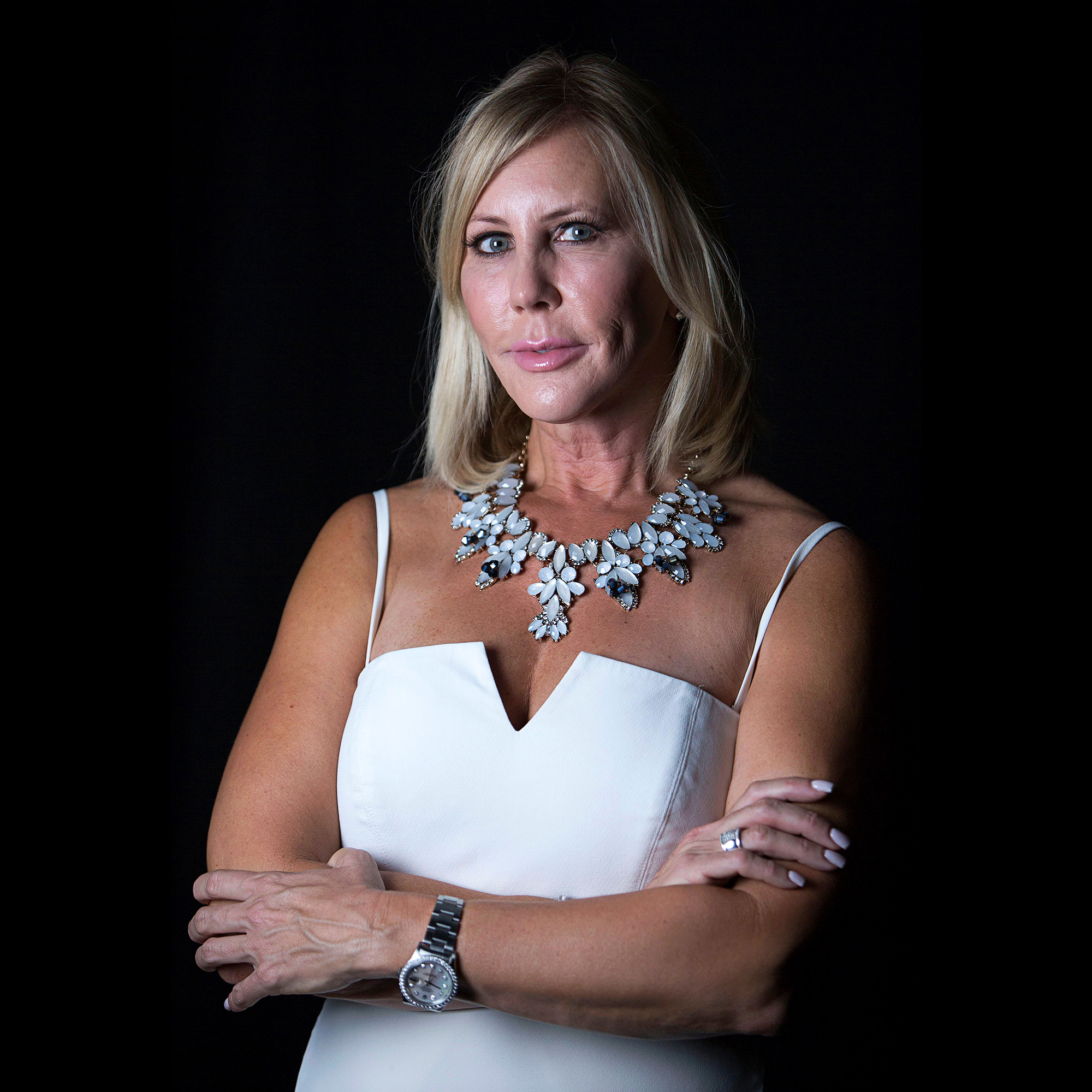 Staying strong. Vicki Gunvalson has recently opened up about her secret cancer battle.

“I had cancer,” the Real Housewives of Orange County alum, 59, shared during a Wednesday, November 17, appearance on SiriusXM’s “Jeff Lewis Live” podcast alongside Tamra Judge. “I just had my whole f–king uterus taken out.”

The Bravo personality’s revelation came shortly after she opened up about her relationship with ex Brooks Ayers and how she dealt with his alleged cancer battle.

“What did I win? I f-cking got $380,000 out of my checkbook into his,” the Illinois native explained. “I paid for all his s–t for five years. So people say I was in on some scam? I got scammed. He was ‘sick’ so he couldn’t work. Don’t get me down this rabbit hole.”

Former ‘RHOC’ Stars: Where Are They Now?

The Ultimate Girls Trip star continued at the time, “It made me [go] absolutely crazy thinking about anybody thinking that I would do that to somebody when so many people have suffered from cancer.”

While the Coto Insurance CEO didn’t elaborate further on her diagnosis, she did admit she was “going through a f—king tough time right now.”

“I do not need anybody bringing me down,” Gunvalson added.

Last month, the  “Whoop It Up with Vicki” podcast host made headlines when she announced her split from ex-fiancé Steve Lodge shortly after Judge, 54, seemingly hinted that the 62-year-old had been unfaithful.

“Get out of bed @vickigunvalson and let’s go whoop it up. I hate to see you so sad 😞 no one is worth it girl. Especially after what you found out last night 😡!,” Judge wrote via Instagram in October. “You are beautiful, you are strong, you are smart! Don’t let anyone tell you any different (I will be screening all guys that want to date Ms. Gunvalson in the future). New show idea: ‘filling Vicki’s love tank’ as we drive around town in a family van in search for Mr. Right -whooping it up 😂.”

The Messiest Bravo Breakups of All Time

The insurance agent, for her part, replied to her fellow RHOC alum: “Thanks Tamra. Yes, I’m passing the baton on to you. My picker is obviously off. … Unfollow Steve if you are.”

She even alleged that the politician had cheated on her while they were together, sharing via Instagram comment at the time, “While I was out of town working on a biz trip, he took her to my condo in Mexico! He’s been flaunting around my town in OC making out in public places. It’s disgusting. … He’s been dating a 36 year old and is not what he portrays himself to be. No Christian man would do what he’s done.”

However, Lodge asserted that his former fiancée’s claims were false, telling Us Weekly in a statement: “The absolute lies she is now spreading on social media is very disappointing and disingenuous, to say the least. But I cannot say I’m surprised.”

Gunvalson further opened up about how she was coping in the wake of their breakup during her Wednesday appearance.

“Steve’s family is my family, still,” she told host Jeff Lewis, noting she did not initially want to break up. “I love them like my own. This fear of being alone [and] abandonment has always been huge for me.”

Get A First Look At Darci Lynne Farmer’s Holiday Special With These Pics!