Home » Lifestyle » Rhonda Burchmore: ‘If I spoke up, I would’ve been on the first plane home’ 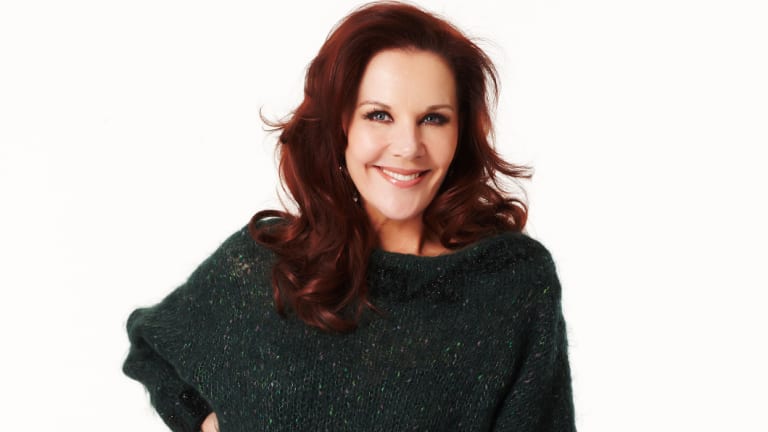 “To this day, my husband is one of the most intelligent men I’ve met.”Credit:Mike Baker

Growing up in Punchbowl, in Sydney, my mother Yvonne never talked about her father, Tommy. He was like Voldemort, a name that should never be mentioned.

Tommy was an alcoholic and Mum never saw much of him. My grandparents divorced and, as a result, Mum worked in factories from the age of 14. The family were so poor that in my garden one day, Mum pointed to nasturtiums and told me they used to eat their leaves on a bit of bread with tomato sauce.

Mum said she was rescued the day she met my dad, John. He was a gentleman and gave her a different life. Dad had a big job as manager of Brambles Transport. We saw him every night, but Mum raised us kids. She took my older sister Michelle and me to dance classes and made our costumes.

When I left school at the end of year 10 to pursue show business, Dad was cross. He insisted I do a secretarial course in case it didn't work out. I hated it, so Dad was thrilled when I returned and completed year 12.

Dad hadn't come to my childhood concerts but, after he retired, he came to my shows. He cried when I sang his favourite song, I Still Call Australia Home, at Australia Day concerts. It was touching to see this big, butch man weep.

Dad was diagnosed with Parkinson's disease in 2007. Going into a nursing home destroyed his soul. Parkinson's is cruel. He couldn't swallow, so was fed via his stomach. He was still very alert mentally and determined to make every day count. Right until his death in 2009, he had a glint in his eye.

I was 18 when I lost my virginity to one of my professors at the University of New England, where I majored in theatre arts. He was 15 years older than me and, unlike the bogan boys who got drunk, his conversation was stimulating. I've always had a thing for older men.

My professor wanted to marry me, and became a bit obsessive, writing letters and poetry. When I left uni and began working, I knew I didn't want to be trapped. We had been in a little bubble, I guess. I broke his heart.

One year later, my first real love broke mine. He was 10 years older than me and looked like Robert Redford. I thought he was Mr Right. He was an agricultural economist and his work took him to Darwin each month. When I found out he was engaged to a girl he'd met in Darwin, something inside me died.

I moved to Melbourne a year later with the stage show They're Playing Our Song. My ex-boyfriend suggested that I meet his psychiatrist friend, Nikolai, who would show me around the city. Nikolai was 15 years older than me and we had amazing chemistry. He was charming and treated me with respect.

Nikolai and I fell madly in love and married in 1984. To this day, he is one of the most intelligent men I've met. We speak a couple of times a day, even if I'm away working, like in 1988 when I starred with Mickey Rooney in Sugar Babies in London's West End.

Mickey was in his late 60s by then. At the half-hour call for stage time, he would come to my dressing room and tell me about the women he'd slept with, like Ava Gardner and Elizabeth Taylor. He talked at me, and got off on these explicit, revolting stories.

One night he invited me to dinner in his dressing room. He sat there in his grey underpants. If it were now, this behaviour would not happen. But I was in my 20s and had been brought in to work with a Hollywood superstar. If I'd spoken up, I would have been on the first plane home.

Nikolai was 50 when our daughter Lexie was born in 1995. She's a journalist and writes online news for Channel 9. Nikolai is a great role model for her, as she has gained so much from him, in a worldly sense. She looks up to him like he's a superstar.

The reason our marriage has lasted is because we have completely different backgrounds – Nikolai's family emigrated from Belarus after his parents endured slave labour in a German camp during World War II; my father's family was Scottish. But our interests merge on things like gardening, fishing and holidays.

It's nine years since I lost Dad. Mum passed away in 2017 from dementia. My sister died of multiple system atrophy in 2015. The past few years have been incredibly painful. My husband's guiding light has kept me going. He's shown me life can move on. He is my rock.

This article appears in Sunday Life magazine within the Sun-Herald and the Sunday Age on sale January 27.

Every Celebrity Who Kanye West Is Feuding With

I started a bath bomb business at 10, now it makes £15m a year – I went to school part-time, my business taught me more | The Sun

Meet the women with £1.5k Christmas doors with 1,000 lights & 500 baubles that would make Michelle Keegan jealous