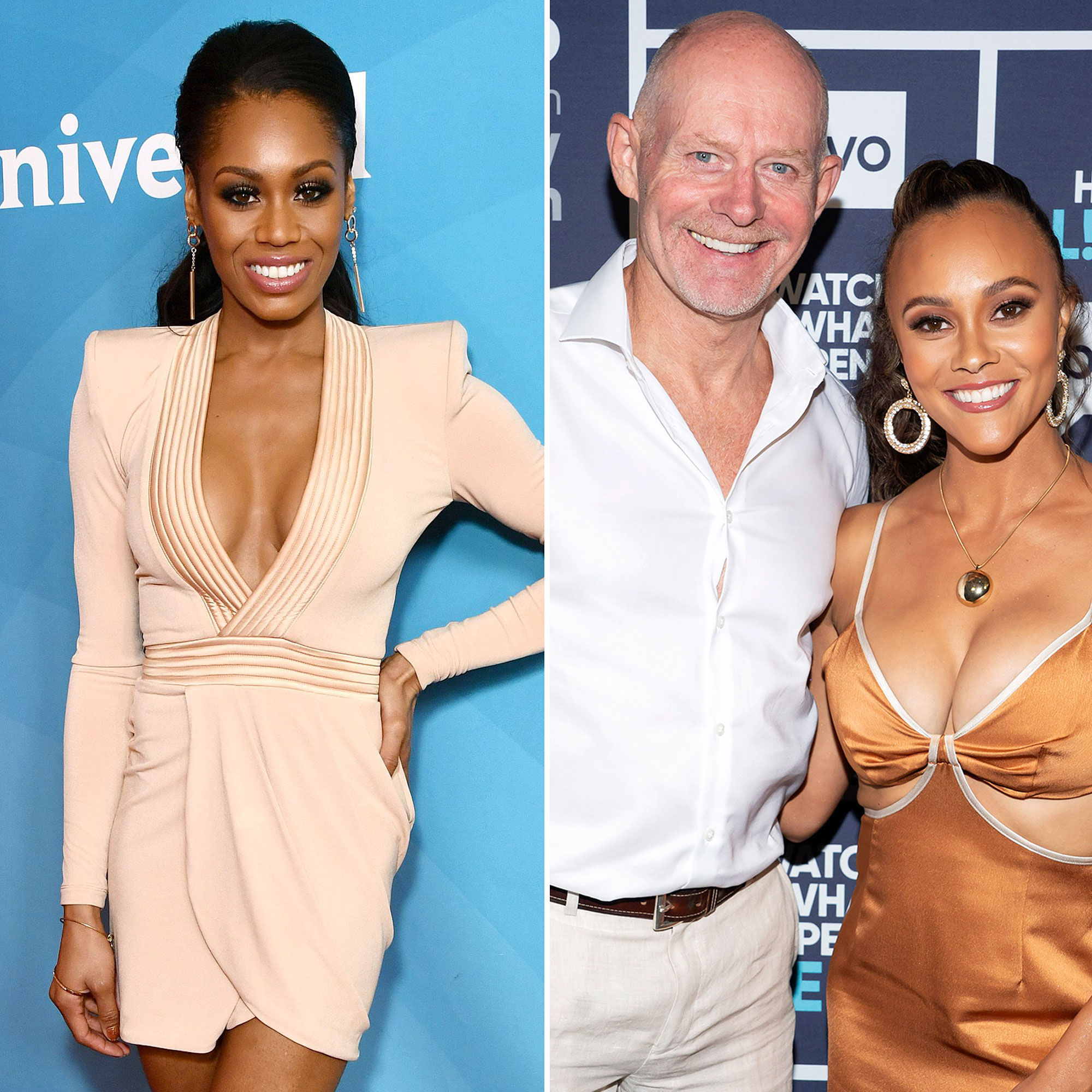 Hopeful — but not shocked. Real Housewives of Potomac alum Monique Samuels is opening up about her reaction to former costars Ashley and Michael Darby’s recent split.

“It wasn’t a surprise to me because Ashley and I keep in touch. So we had been talking, so I knew there were some issues,” Samuels, 38, exclusively tells Us Weekly, noting that she was still shocked by their decision to separate in April after nearly eight years of marriage. “I didn’t realize that it was going down that road though, honestly. I knew she expressed some things she was struggling with, but I thought there was going to be a way that they could navigate and get through it.”

The New Jersey native — who is starring on OWN’s latest Love & Marriage spinoff, Love & Marriage: DC, with husband Chris Samuels — remains hopeful about a possible reconciliation between the two, whose drama has played out on the hit Bravo series. “You never know! They still may [get through it]!” the reality star, who left RHOP in December 2020, adds. “Hope is never gone.”

Last month, Ashley, 33, announced she and her husband, 62, who share two young sons, were separating after nearly “eight magical years” of marriage.

“We have decided to separate. We are aware that there will be many speculative views as to why we have made this decision,” she told Bravo’s The Daily Dish at the time. “People will be quick to assume that the causes were too much intrusion by reality TV into the most personal parts of our lives, age gap issues, cultural problems, or child-rearing differences. Pieces of all these may have affected our pure love for each other, but no one reason is the root cause of our mutual decision to go our separate ways.”

The former couple have weathered their fair share of ups and downs over the years — including sexual assault charges against Michael, who was accused of groping a RHOP cameraman’s rear end in September 2018. (He was charged with second-degree sexual assault and improper sexual contact, though the charges were later dropped.)

Celebrity Splits of 2022: Stars Who Broke Up This Year

Ultimately, Monique says of the estranged pair, “I know at the end of the day Ashley is going to do what’s best for her and her beautiful children,” adding, “And I know one thing about Michael, he has always struck me as the type where he doesn’t want the drama, he just wants to be happy — and if filing for legal separation is ultimately what makes them happy, that what they’re going to do.”

She continues: “They don’t care what anybody else has to say or think when it comes to their marriage. They have made that clear over the years. I just wish them luck for sure.”

The former Housewife is also looking forward to her new project on OWN, telling Us that she “almost” feels like she’s “back [on reality TV] for the first time because I do not feel like people were able to see the full picture with my first go-around [on RHOP].”

She notes that her “initial mission was to show what a Black family looks like, what a Black marriage looks like on reality TV,” but “I don’t know that I ever had that opportunity” — which she believes will change on Love & Marriage: DC.

“This was the perfect fit for me,” Monique gushes about the show. “We are able to really showcase ‘Here’s our family, here’s our marriage, here we are as entrepreneurs, here we are as parents, and here we are amongst a beautiful circle of other people who are in the same position as us and we are all learning and growing from each other.’”

The OWN star teases: “You’ll see so many different sides of me [on Love & Marriage: DC] because I feel as though I was put into somewhat of a box the first time people saw me on reality TV.”

With reporting by Andrea Simpson

Lady Gaga vs Barbra Streisand: Will ‘A Star Is Born’ Launch a Billion-Dollar Career at the Box Office?

Spoilers: Neighbours' Toadie and Dee have sex, but can he save Elly?