A spinoff of a reboot? Roseanne was officially canceled on Tuesday, May 29, following racist tweets by its lead Roseanne Barr. However, it may eventually return to ABC. A spinoff of the reboot focus on Sara Gilbert’s Darlene is currently in very early talks at the network, according to TVLine. ABC did not respond to the request for comment.

Gilbert was the one who started the conversation about reviving the sitcom and ultimately, got the original cast on board, including Barr, John Goodman, Michael Fishman, Lecy Goranson, Laurie Metcalf and Sarah Chalke, among others. 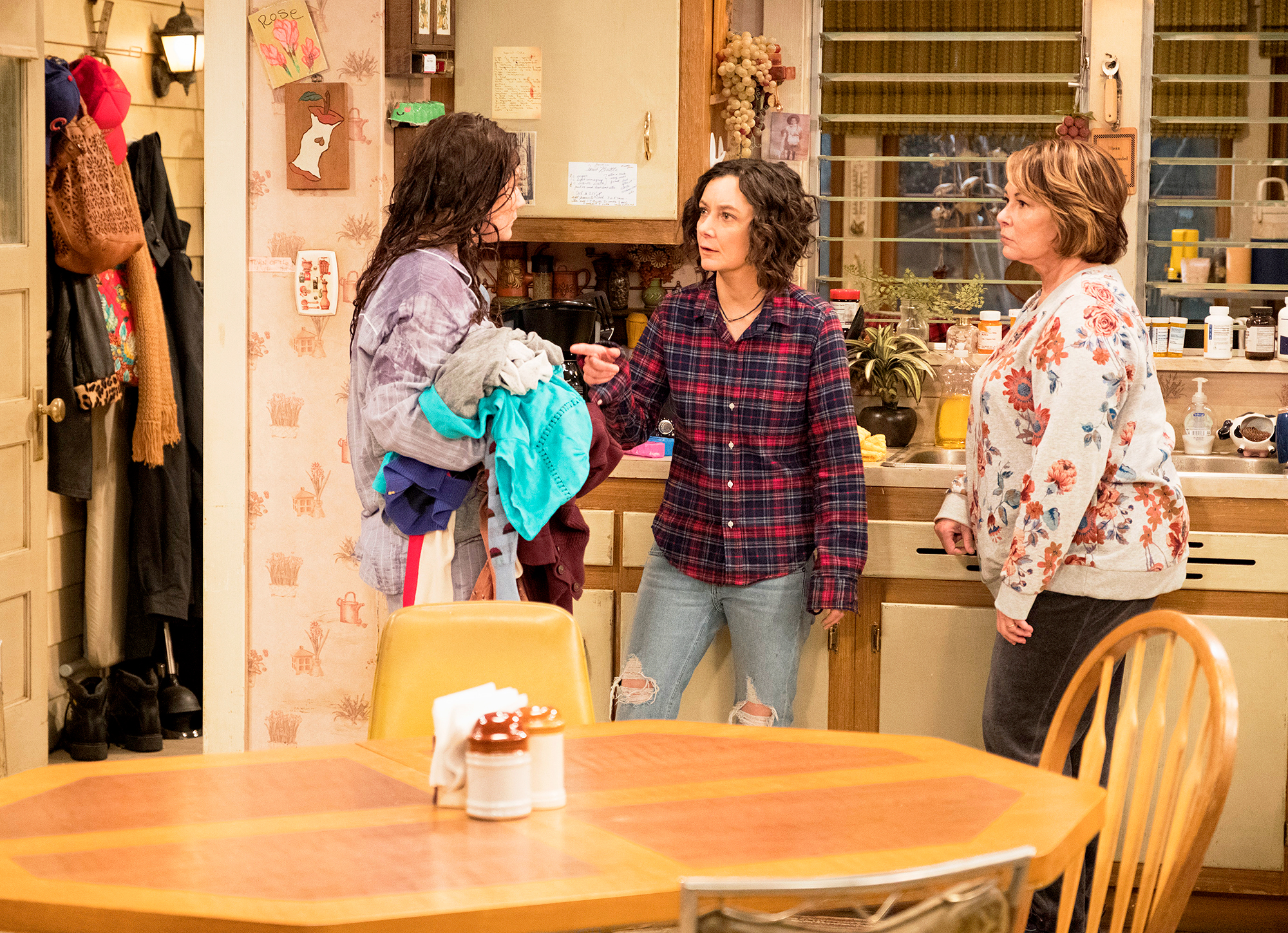 Roseanne, which received massive ratings when it premiered in March, was axed after Barr tweeted about Obama advisor Valerie Jarrett, saying she looked like “Muslim brotherhood and Planet of the Apes had a baby.” Just hours after her tweet, the network pulled the plug.

“Roseanne’s Twitter statement is abhorrent, repugnant and inconsistent with our values, and we have decided to cancel her show,” President of ABC Entertainment Channing Dungey said in a statement at the time.

Since the cancellation, many stars of the series have tweeted their disappointment. Barr, 65, also apologized and admitted on Twitter she “begged” Disney/ABC Television Group President Ben Sherwood to keep the show on the air. “I told them I was willing to do anything & asked 4 help in making things right. I’d worked doing publicity 4 them 4 free for weeks, traveling, thru bronchitis. I begged 4 ppls jobs,” she wrote on Thursday, May 31. 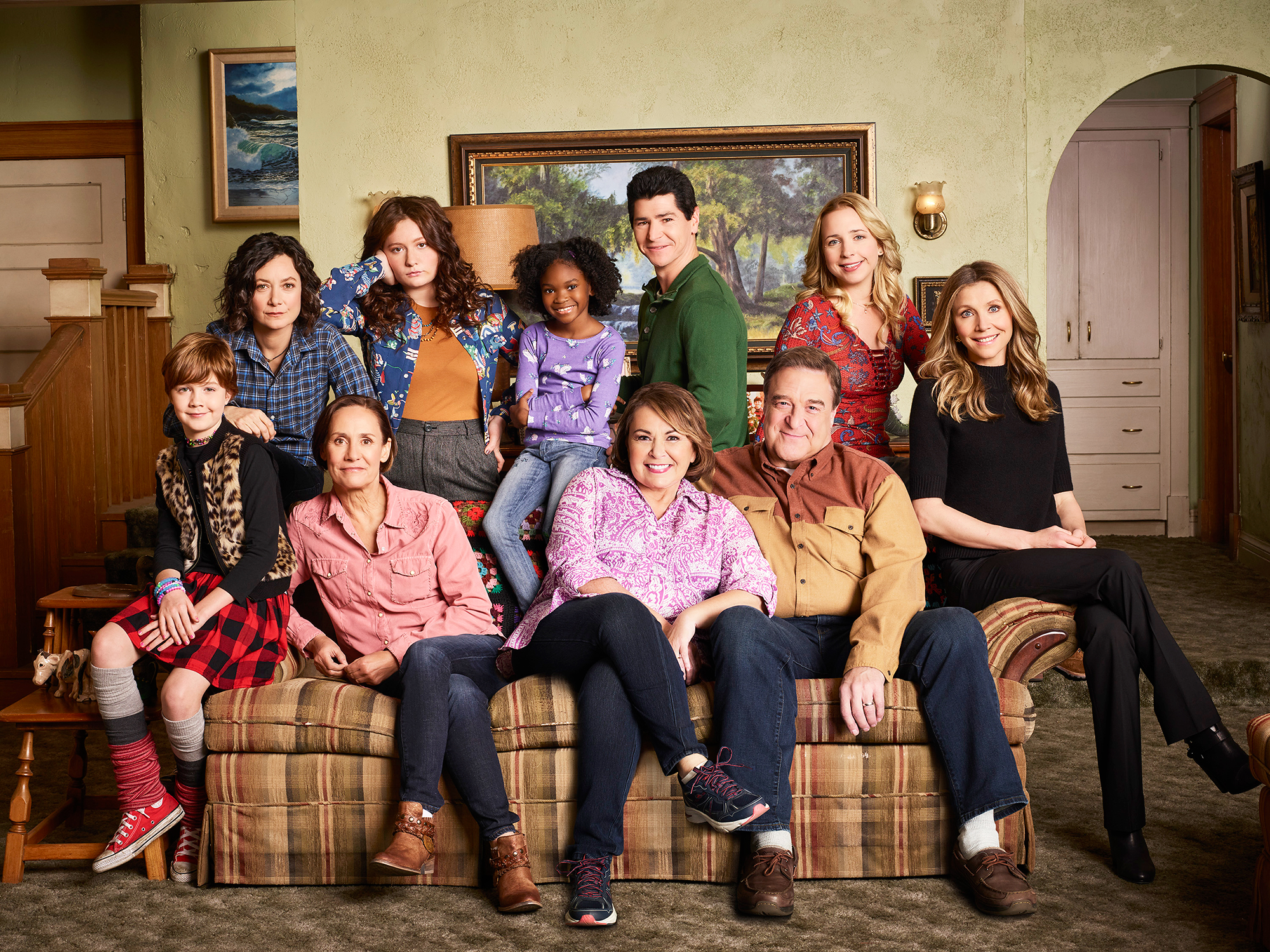 Following the cancellation, Lena Dunham tweeted, “I will do the spinoff of your show starring Darlene’s cool kids.” Emma Kenney, who plays one of those kids, posted a screengrab of the tweet on her Instagram story, writing, ”I’m in!”

Gilbert also tweeted following Barr’s comments. “Roseanne’s recent comments about Valerie Jarrett, and so much more, are abhorrent and do not reflect the beliefs of our cast and crew or anyone associated with our show. I am disappointed in her actions to say the least,” she wrote on Tuesday. “This is incredibly sad and difficult for all of us, as we’ve created a show that we believe in, are proud of, and that audiences love— one that is separate and apart from the opinions and words of one cast member.”

Barr replied to the tweet with, “Wow! Unreal.” When a fan wrote, “Sara Gilbert is ungrateful, and very disloyal. Jmo. But it’s heartbreaking to know,” Barr responded with, “I feel bad for @POTUS-he goes thru this every single day.”

All Hail the VSCO Girl, the Latest Gen-Z Meme to Make You Feel Impossibly Old