A former English rugby star with a penchant for mischevious pranks has seen a Halloween scare on his other half go viral.

Matt Banahan, 33, who plays for Gloucester but has turned out for the national side, shared a video of himself donning a terrifying killer clown mask, and then hiding in the utility room of his family home.

Like every victim in a classic horror movie, Banahan’s wife Rebecca innocently enters the room to put on a load of washing…only to find a 6ft 7′, 18-stone killer clown lying in wait. 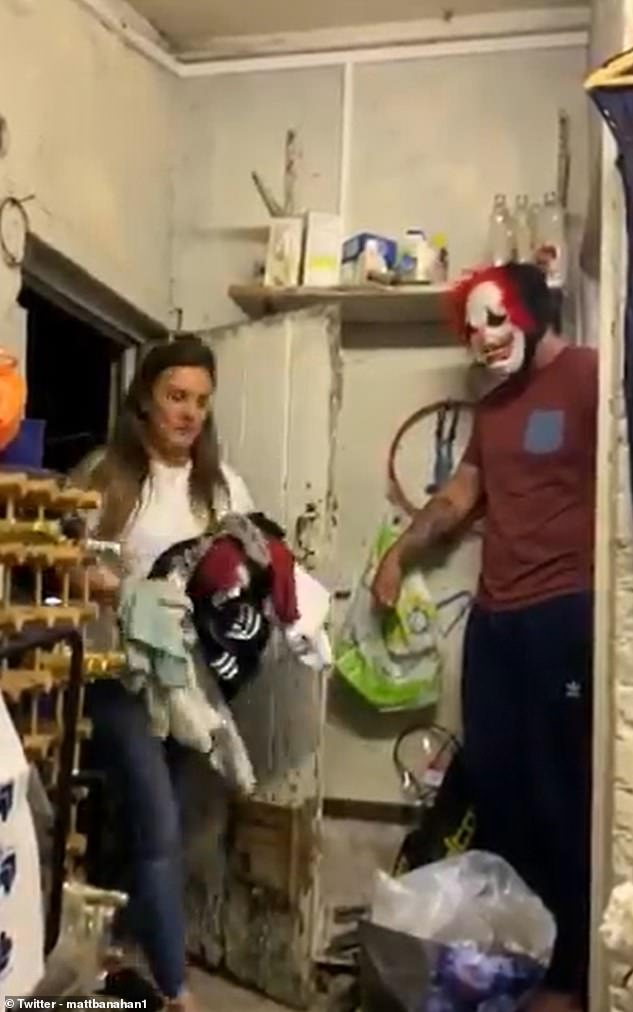 Former England rugby star Matt Banahan, 33, lies in wait dressed as a 6ft 7′ killer clown as his wife Rebecca enters the utility room at their family home to put on a washing load 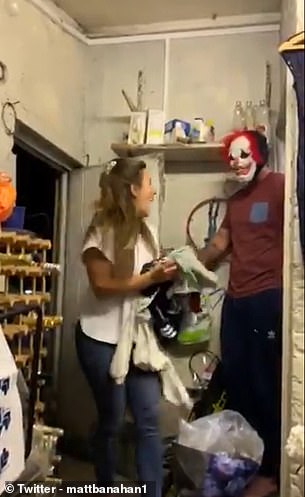 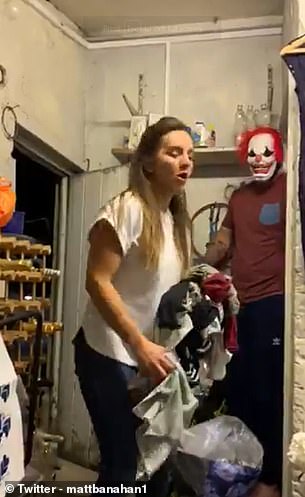 When Rebecca spots the spine-chilling figure in the corner, she lets out a huge scream before gasping for breath

Standing in the corner of the small room, the winger cuts a nerve-jangling figure in the Joker mask, with deep black triangles for eyes and an exaggerated mouth plus a flock of bright red hair adding to the creepiness.

Jester Banahan then recorded his wife’s reaction when she was faced with the towering Halloween figure.

When she sets eyes on her husband, she’s clearly terrified and emits a shrill scream.

The clip has already been watched by more than 84,000 people on Twitter. 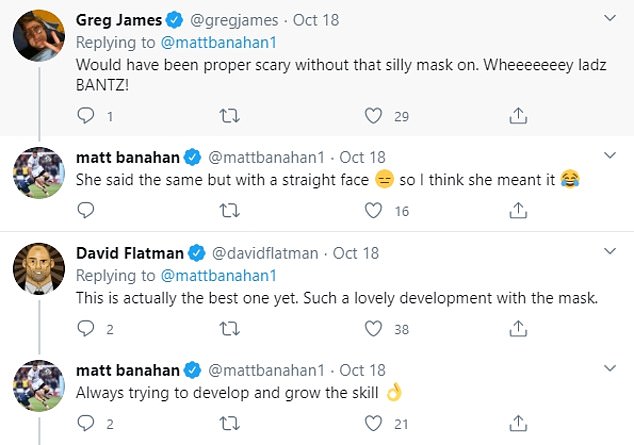 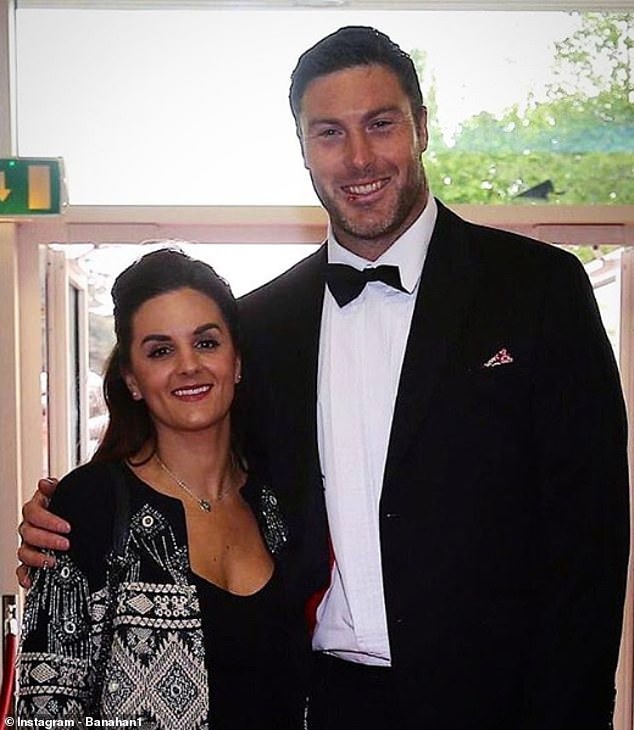 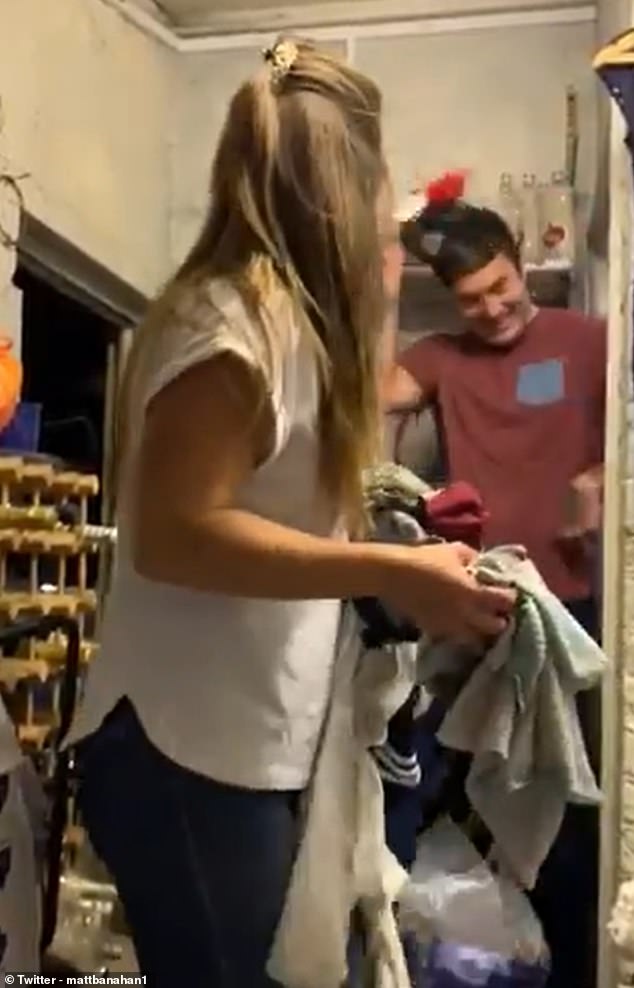 Still giggling to himself, Banahan removes the mask as Rebecca looks on 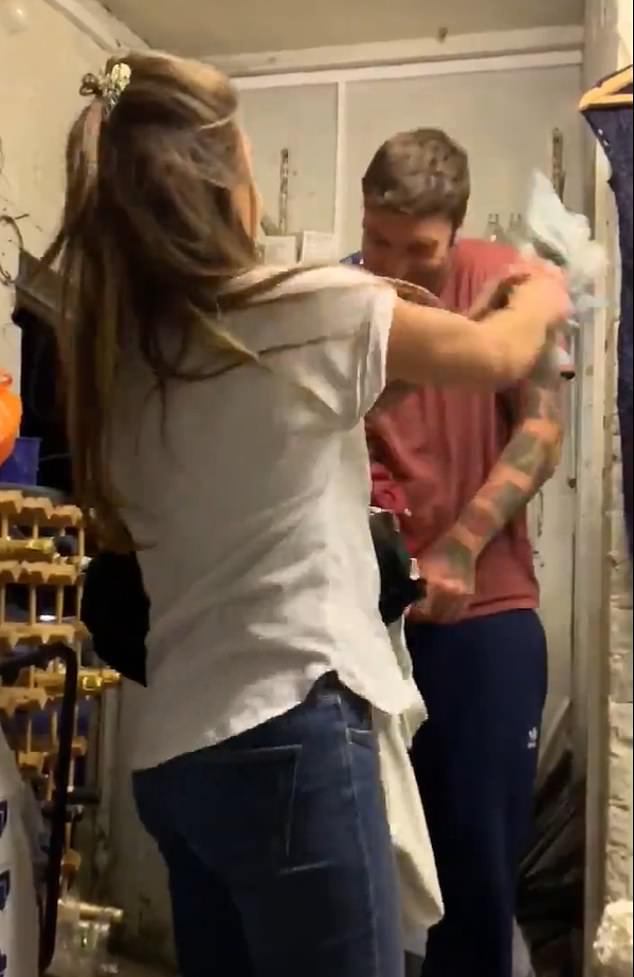 Revenge: a furious Rebecca whacks her husband around the head with a teatowel 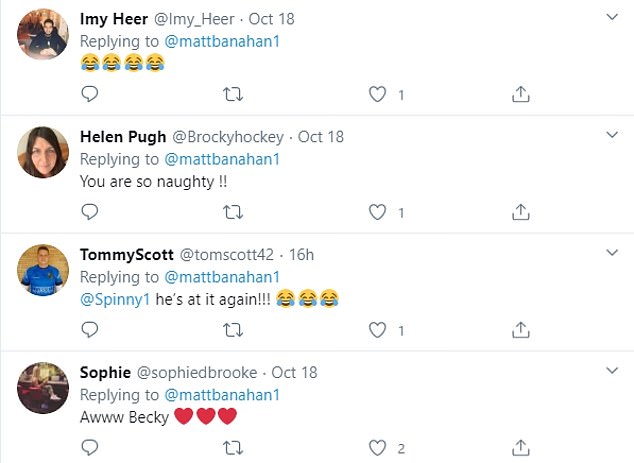 When he removes the silicone mask and she realises it’s her prankster other half, she catches her breath again before hitting him around the head with a teatowel in frustration.

The rugby star, who last played for England in 2011, has form in scaring his partner, with whom he shares three children, having regularly conjured up ways to prank her.

Fans watching this one said his latest practical joke was ‘amazing’ with Radio One star Greg James quipping: ‘Would have been proper scary without that silly mask on.’

Major Google Chromecast upgrade will include an Apple TV-like remote

Carrie Coon Was Supposed to Appear in ‘Avengers: Endgame’ After Her Character’s Death in ‘Infinity War’