There’s a reason M&S is out of fashion: As High Street giant prepares to shed thousands of jobs, RUTH SUNDERLAND argues its decline extends way beyond coronavirus lockdown

Even the thought of the High Street without Marks & Spencer is too awful to contemplate. More than a mere shop, it is part of the warp and weft, the fabric of our lives.

But unless things change soon, it is becoming increasingly hard to see a happy future for the 136-year-old chain.

As M&S chairman Archie Norman has made no bones about telling shareholders, the company is on a ‘burning platform’ and has no ‘God-given right to exist’.

He made those remarks two years ago, and the situation has severely worsened since, in part due to the pandemic. 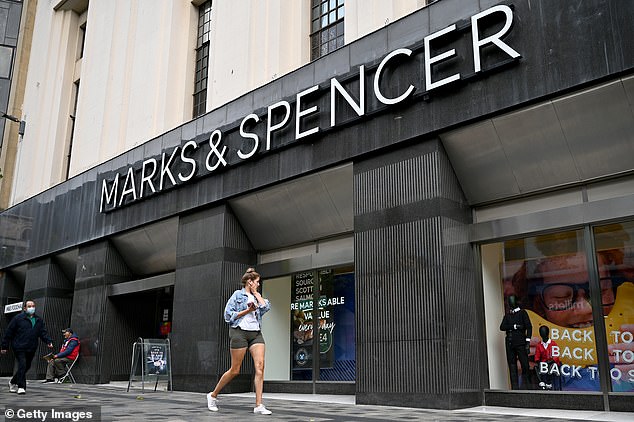 Marks & Spencer’s is locked in a battle for survival as coronavirus continues to hammer the high street. The chain is making a roll of the dice next month in a £750million deal with Ocado

Still, the company has a big roll of the dice next month, when it launches a £750million tie-up with Ocado to sell its food through the online delivery service.

I desperately hope this venture will succeed. For if it does not, the M&S we know and love could find itself broken up, under attack by corporate raiders or even a plaything for private equity barons. 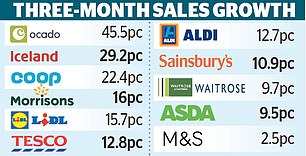 Its sales growth figures are far behind rivals

Like the rest of the retail sector, its sales have been hammered by Covid and its share price has dropped like a stone. The reluctance to return to the workplace has led to a huge fall in purchases of smart office clothes, an M&S speciality.

But its decline extends way beyond the virus, which struck at what was already a sink-or-swim moment. M&S has been engaged in a string of failed attempts to reinvent itself for the past 20 years. Hopes have been raised, then cruelly dashed as a parade of bosses has come and gone.

Millions of pounds have been spent on golden hellos for new executives, all of whom were hailed as saviours until they left with their golden goodbyes. Endless clothing ranges have been launched, winning acclaim from fashion journalists but making little impact on Mrs Middle Britain who, oddly enough, found that she didn’t fancy a pair of trendy gold hotpants. 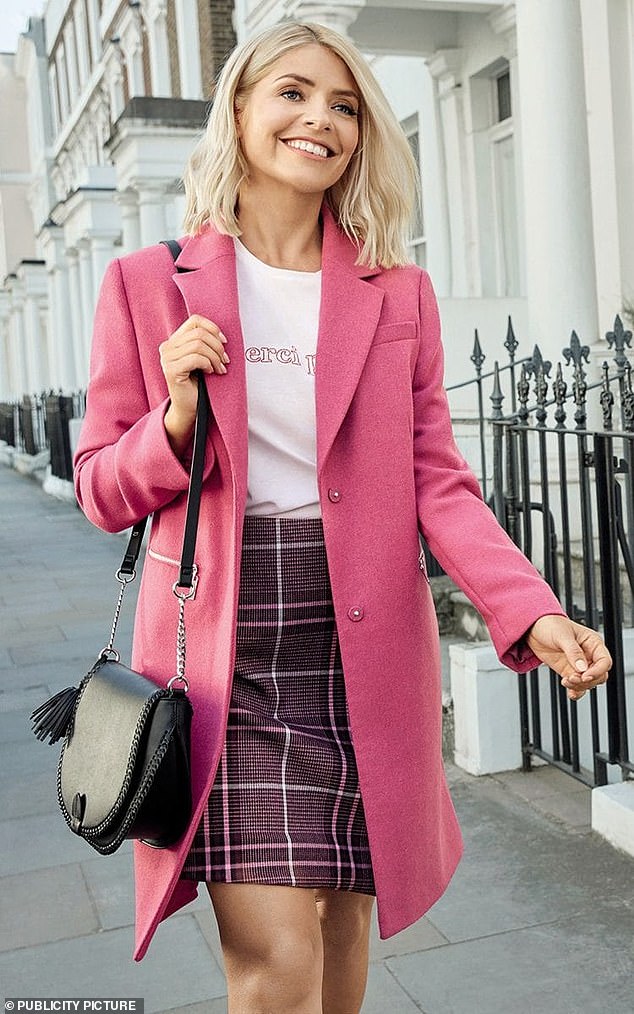 Meanwhile, celebrities have been recruited to the cause, with everyone from Twiggy to Holly Willoughby, pictured above, plastered on billboards. Unfortunately, it is often still not getting the basics right and one worry is that the 7,000 job losses may mean poorer customer service. Part of the plan is for staff to be more flexible and to move around different departments.

But is that really a recipe for success? To put it bluntly, if women are shopping for a bra, we want to consult a middle-aged lady with a tape measure, not the bloke who slices the ham on the deli counter.

On the plus side, Mr Norman is one of the finest retailers in this country. If anyone can save M&S, he can. His deal with Ocado could be a stroke of brilliance. Let’s hope so. But even if it is, it doesn’t solve its problems with clothing. Have they ever thought a female CEO might be the way to get women’s fashion right?

For all its troubles M&S is still a great British institution. But unfortunately, it has started to remind me of another: the Church of England. We all want it to be there, but many of us are just not inclined to go in very often. Unless this changes, we risk losing a store that, despite everything, has a special place in our affections. 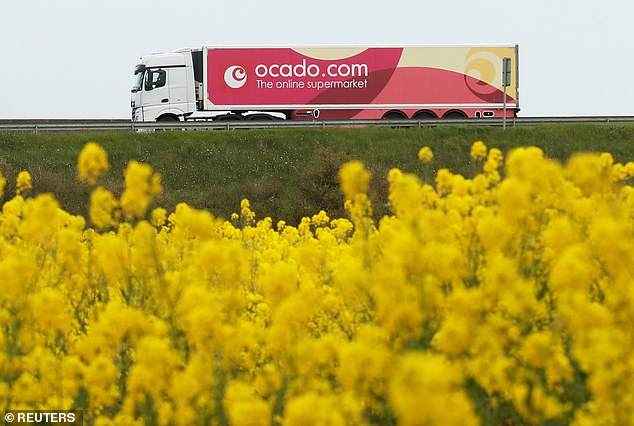 Optimists will point out that M&S has survived tough times in the past, including seeing off an aggressive takeover bid by Sir Philip Green 16 years ago. But its share price has halved to just over £1 since the start of the year.

Another bidder or a private equity player might be tempted to swoop. How sad it would be if our once-mighty M&S ends up as easy meat for a stock market predator.

Jerrod Carmichael Slams Dave Chappelle’s Anti-Trans Legacy: ‘Who the F Are You?’