A natural beauty! Scheana Shay may have dabbled with injectables in the past, but since getting pregnant with daughter Summer Moon, she hasn’t had any work done.

‘Vanderpump Rules’ Cast: Then and Now

On the Tuesday, October 12, episode of Watch What Happens Live With Andy Cohen, the 36-year-old Vanderpump Rules star set the record straight.

“Scheana, we are getting tons of tweets like this one,” Andy Cohen said during the episode. “Did Scheana have work done? Something about her looks different.” 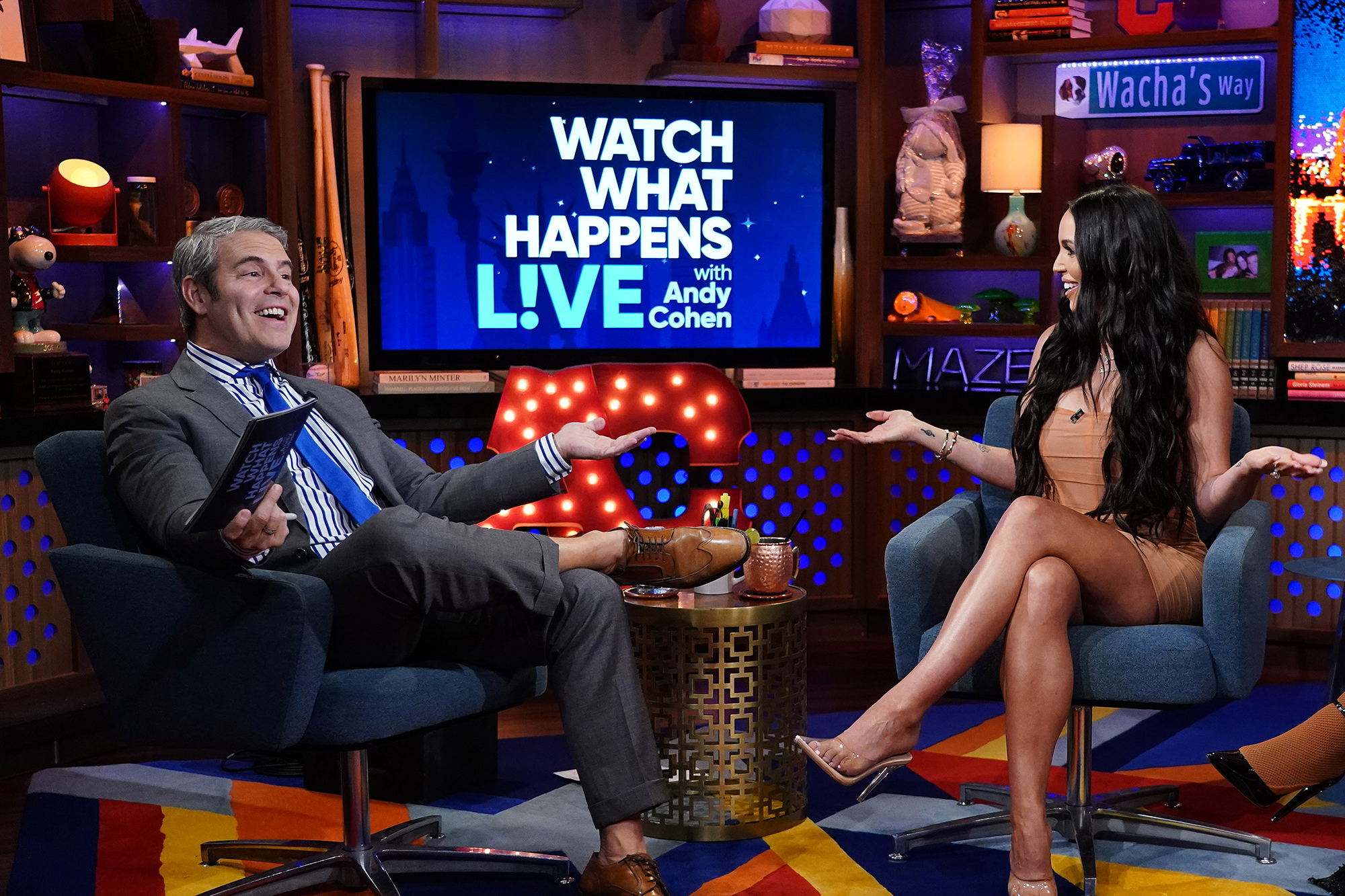 To that, the Boy Crazy founder responded: “I have no Botox! That’s what’s different! My face is moving.” And when pressed a little further by the 53-year-old Bravo mastermind about fillers, Shay doubled down on her response.

“No I’m breastfeeding full-time. This is natural, I promise,” she emphasized. Shay’s lack of plastic surgery was also addressed in a Vanderpump Rules season 9 teaser, which was filmed when she was still pregnant.

Laura-Leigh, Vail and More Former ‘Pump Rules’ Stars: Where Are They Now?

While discussing her birth plans for her daughter, whom she welcomed in April with Brock Davies, she made it clear to her cast members that she was taking a break from cosmetic work. As a result she could move her face “for the first time in 10 years.”

This isn’t the first time that the reality star has had to shut down plastic surgery rumors. In June, she took to Instagram Stories to put a mom shammer in their place.

“DO NOT GET BOTOX WHILE PREGNANT!! Hopefully you didn’t already,” the user wrote in December. Six months later, they followed up in her DMs. “I can tell you’ve had Botox with those Spock brows of yours. Make sure you aren’t breastfeeding while getting Botox. It’s very harmful for your baby.”

In response, Shay hilariously showed the “movement in my damn face” via a series of videos where she made a range of facial expressions.

‘Vanderpump Rules’ Season 9: Everything We Know

In the past, the Bravo star has been open about her love affair with Botox. “I can’t stand having forehead wrinkles on camera,” she said in a video with People in 2016. “It drives me insane. I’ve had Botox since before season one. So people are like, ‘Oh my gosh, she’s gotten so much work done.’ I’ve had this literally since I was 25 years old. Consistently, because I don’t like my face to move — only when I smile.”

The “Good As Gold” singer has denied having any serious plastic surgery however. “I lost weight. I didn’t have work done. Believe what you want. My makeup is better and my face is thinner,” she tweeted in 2016.

Happy Aquarius Season! Oprah, Harry Styles and 30 Other Celebrities Who Are Aquarians

Princess Eugenie wedding pictures: take a look back at the royal’s nuptials as she announces pregnancy