Don’t mess with Harlee. Jennifer Lopez’s leading character takes her daughter Cristina (Sarah Jeffrey) to the shooting range in Us Weekly’s exclusive sneak peek of the Sunday, July 1, episode of Shades of Blue.

“We’re just taking precautions,” Harlee tells her daughter in the preview, while Cristina clearly knows something is up. She’s thrilled when her mother actually fills her in on the trouble going on. 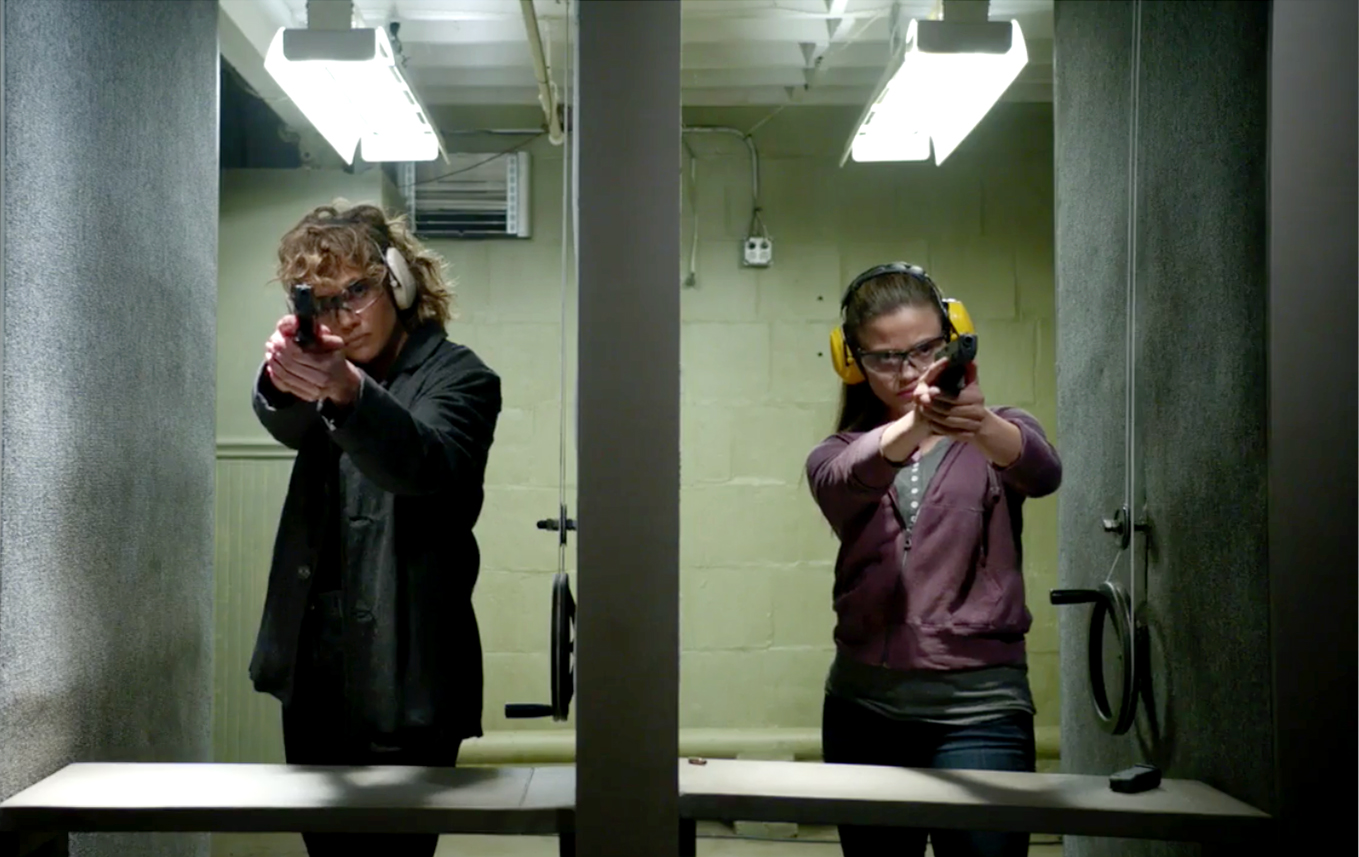 “The man who killed your father and then told you he’s a private investigator is back in town,” Harlee says. “I can’t guess what he’s thinking but if you see him, you don’t hesitate. Just shoot.”

Before going another round, Cristina asks her mom, “Empty the clip?” Harlee responds: “Until he goes down.”

This time, Harlee takes the open space next to her daughter to shoot at her own target, but quickly gets overwhelmed with memories of the past. She’s still recovering from Nava’s (Gino Anthony Pesi) death and dealing with Gina (Vanessa Vander Pluym) telling her Stahl (Warren Kole) is in town.

The episode is the third of the 10 final episodes of the series. In April, NBC announced that Shades of Blue would be coming to a close following season three.

“I’m truly going to miss doing it … I could do another 13,” Ray Liotta, who plays Harlee’s boss Lrt. Matt Wozniak, said during a panel at ATX TV Festival earlier this month. “I know this season is going to be great … I think Jennifer is f—ked up for not wanting to it again.”

Lopez spoke about the cancelation in April, revealing in a statement that the show helped her grow in a way she didn’t expect. “I have enjoyed producing and starring in this beautifully complicated world and playing such an empowering yet flawed character – a woman, a detective, but, first and foremost, a mother,” she said at the time. “Now looking at it with a little distance, playing Harlee strengthened me and helped me grow into a more self-assured woman. It’s crazy how some parts permeate your soul and change you forever.”

Hilton Valentine, guitarist for The Animals, dead at 77