Sharon Mattes, who under the name Sharon Bottoms was at the center of a much-publicized custody case in Virginia in the 1990s in which her own mother argued that she and her same-sex partner were not suitable parents, died on Jan. 21 in Richlands, N.C. She was 48.

Ms. Mattes had shunned the spotlight for the last two decades; a notice posted by the Jones Funeral Home in Richlands announced her death. Facebook posts from family members indicated that she had been ill for some time.

In a decade when gay-rights issues made frequent headlines, Bottoms v. Bottoms was a flash point. The case, in which Ms. Mattes ultimately lost custody of her young son to her mother, stretched for years as various courts gave differing rulings.

The exchanges between the sides in the courtroom and the news media were often acrimonious, and some language from the bench was blunt.

“The mother’s conduct is illegal and immoral and renders her an unfit parent,” Judge Buford M. Parsons Jr., of Henrico County Circuit Court, said in 1993, endorsing a decision earlier that year by a juvenile court judge to give custody of Ms. Mattes’s 2-year-old son, Tyler, to her mother, Kay Bottoms.

The Virginia Court of Appeals returned custody to Ms. Mattes in 1994, but the next year the Virginia Supreme Court, in a 4-to-3 ruling, gave custody back to Kay Bottoms.

“We have previously said that living daily under conditions stemming from active lesbianism practiced in the home may impose a burden upon a child by reason of the ‘social condemnation’ attached to such an arrangement,” Justice A. Christian Compton wrote in the majority opinion.

“We do not retreat from that statement,” the opinion added.

In 1996, Ms. Mattes announced that she was abandoning further appeals. Later that year, in an interview with the gay and lesbian newsmagazine The Advocate, she had wry advice for other same-sex couples hoping to become parents.

“More power to them,” she said, “and don’t move to Virginia.”

Sharon Lynne Bottoms was born on Feb. 20, 1970, to Joseph and Pamela Kay Bottoms. Her son, Tyler Doustou, was the product of an early marriage to Dennis Doustou (who was quoted during the court battles as saying that he believed Sharon should have custody). In 2012, according to Sharon’s Facebook page, she married Bill Mattes; they ran River Ridge Kennels in Richlands.

In 1992, after her divorce from Mr. Doustou, she moved in with April Wade, prompting Kay Bottoms to seek custody of Tyler.

“The boy is a bundle of joy,” Kay Bottoms testified in 1993, “and shouldn’t be raised by lesbians and calling another woman Dada. I don’t care how my daughter lives her life, but Tyler is going to be mentally and physically harmed because of their relationship. It’s unfit.” 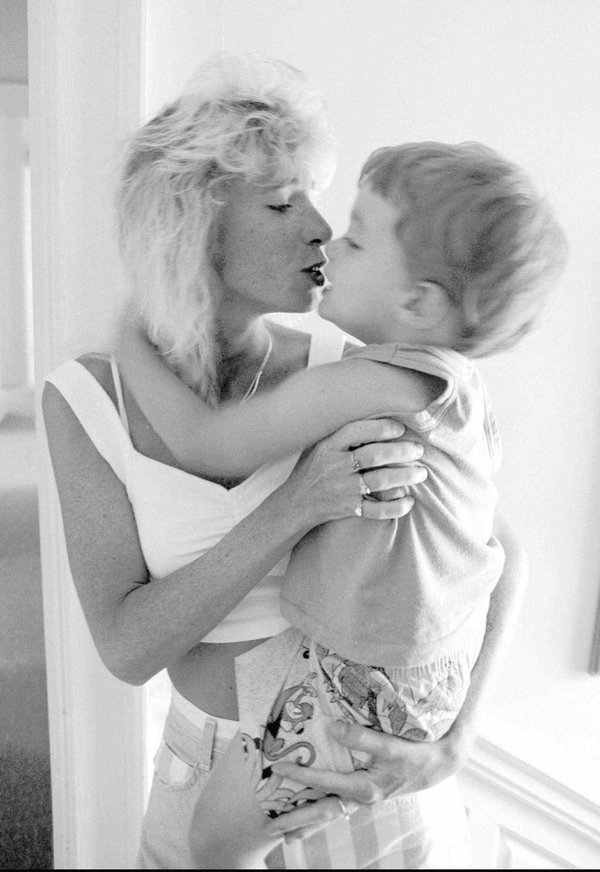 Donald K. Butler, the lawyer who represented Ms. Mattes at the behest of the American Civil Liberties Union, said that the intense news media interest in the case took everyone by surprise.

“I was interviewed by radio stations and other media all over the world,” he recalled in a telephone interview. “I almost had to hire a media consultant to handle all the fallout.”

Ms. Wade, in a telephone interview, said that Ms. Mattes had believed in the importance of the cause their case represented, but that she had been uncomfortable with all the publicity.

“There was a time period where we couldn’t walk out of the front door,” Ms. Wade said. “We rarely went out in public. And that was overwhelming for her.”

The two of them did, however, cooperate with the making of a television movie based on the case, “Two Mothers for Zachary,” which starred Valerie Bertinelli and Vanessa Redgrave and was broadcast on ABC in September 1996. The movie became part of the case in 1996.

The State Supreme Court, while ruling in favor of Kay Bottoms, said that homosexuality alone could not be grounds for denying custody. In 1996, the case ended up back in Henrico County Juvenile and Domestic Relations Court, where it had started. The same judge who had made the initial ruling in the case, William G. Boice, this time found Ms. Mattes to be an unfit parent in part because of her cooperation with the movie, in which, he said, “Tyler was made the poster boy for a cause he could not and did not enlist.”

Ms. Mattes’s relationship with Ms. Wade ended a few years after the court battles had subsided. In addition to Mr. Doustou son, her survivors include her mother, her husband, a brother and a grandson, according to the funeral home.

Mr. Mattes and Tyler Doustou did not respond to messages, but both paid tribute to Ms. Mattes on their Facebook pages. Mr. Doustou, now in his 20s, called her “my very first best friend.”

Ms. Wade said the custody case was important despite not ending the way she and her partner had hoped.

“It may or may not have made it easier for other couples,” she said, “but I do think our case helped people and kind of catapulted gay rights in general. It helped push forward the need for change.”

In the years since, the United States Supreme Court has guaranteed the right to same-sex marriage, and cultural acceptance of gay parents has grown. Ms. Wade, though, said she saw more struggles ahead for all classes of people who face discrimination.

“When there are people in this country who are not looked upon as equal to the person standing beside them,” she said, “there’s always work to be done.”

The 9 Hottest Couples on the ACM Awards Red Carpet