In the olden days – and I'm talking about the really olden days, way back when the calendars ran backwards – satire was very popular, particularly in your more civilised societies. In fact, if you pop into the British Museum there's a bit of a vase in there with some jokes on it by an Ancient Egyptian fellow called Dua-Kheti. He's making fun of manual labourers.

These days, of course, such jokes would be frowned upon for "punching down", but back then that sort of pottery got big laughs. Now, this may all seem quite odd to the modern reader, but this is because there was no television back then and people had no choice but to get their satire from other items around the house, like pottery. 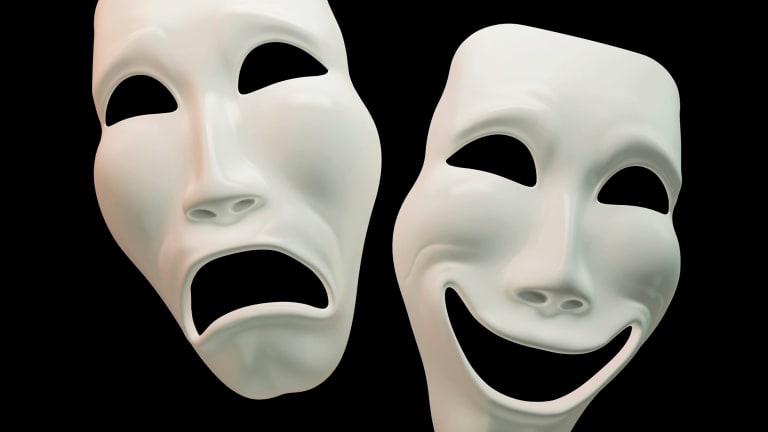 “Put simply, Aristophanes was – and remains – the greatest of all the satirical playwrights.”

It's where the word "poet" comes from. Oh yes, family and friends would gather around the latest earthenware bowl or jug and fall about laughing at whatever the po(e)tter had inscribed on it. Just as today, though, not everyone could read, so sometimes the more educated members of the family or friendship group would have to read out the hieroglyphs to those assembled around the crockery. This was how acting came to be.

Quite why some people couldn't read hieroglyphs is something of a mystery given that they are just pictograms, but anyway that's the way it was during the Ramesside Period. People were very stupid back then – particularly the underclasses – and it's no wonder that elitist scribes like Dua-Kheti made sport of them. Today, Dua-Kheti would be run out of the Brisbane Writers Festivals on a rail for being so un-PC, and rightly so. 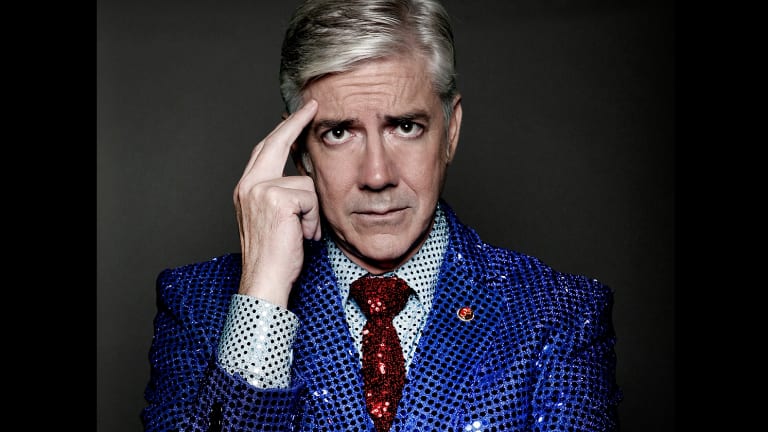 Speaking in the days long before microphones and Marshall stacks meant that you could really only be heard by a small crowd. Yelling the jokes tended to ruin them (just as it does today, as anyone who has attended a MICF show will tell you). So physically "becoming" the duck or the lion or a reed shelter (very difficult) or whatever was represented in the pictogram tended to carry further if there was a bigger crowd. This made the acting more effective.

Of course, you had to use both your voice and your body; if the actor didn't speak while he assumed the shape of these various things he was impersonating, then that made him a mime and he or she would usually, and deservedly, be set upon and killed by the audience.

Most times though, the violence that erupted was because the "per-formation" (performance) of the satire was so compelling; the truth of whatever had been written on the pottery, delivered with sufficient passion by the actor, would sometimes cause an audience to rise up and effect social change.

In the Nile Valley in around 2700BC, for example, after some particularly trenchant gags about Horus and Seth, the pharaoh Sekhemib awoke the next morning to find his temple egged and his favourite obelisk toilet-papered. There was also a note on his chariot saying that Horus and Seth's mother, Isis, wore army boots. Interestingly, in an instance of a joke coming loose from its original satiric moorings over time, the ISIS of today also wear army boots, though to considerably less comic effect.

The Ancient Greeks, as was their wont, refined the whole idea of satire and made it something far more sophisticated. No longer was it sufficient for an actor to simply stand in the middle of a room and read aloud from a bit of clay bric-a-brac while assuming various poses.

Pottery was relegated to the medium of pornography and jokes, written on much more dignified papyrus, were memorised beforehand. Actors took to massive stages like the Theatre of Dionysus, which had an audience capacity of 10,000 and meant the acting needed to be at Rod Steiger level to be seen from down the back. Costumes and make-up and wigs too became more and more outlandish, and the heavy-handed obviousness of the satire that resulted is a tradition I try and honour in my own work today.

Of course, I am no Aristophanes – and, were he alive today, I'm sure he'd say the same thing about me.

Put simply, Aristophanes was – and remains – the greatest of all the satirical playwrights. Though The Clouds, The Wasps and, of course, The Frogs are perhaps his best known works, his The Knights is his most political. It is set during the Peloponnesian War and essentially a blistering personal attack on his harshest critic, Cleon. To give it a modern context, it'd be like me doing an entire episode of Mad as Hell devoted to Gerard Henderson's typos while the Senate Estimates Committee was sitting.

Unlike me, though, Aristophanes was very popular and successful. Wealthy too, they say, such that he could afford to write his works not on simple papyrus but animal skin. And not on dead animals either but live ones. Lysistrata, they say, was written on a bear and it often mauled the cast during rehearsals. His long lost masterpiece Daedalus was reputedly written on a giraffe but went missing when he was walking it to the zoo to make copies and a passing horse back-fired, spooking the giraffe. According to a holidaying Duris of Samos, the giraffe was last seen running for the Pnyx.

Of course, satire was sacrosanct in those days – and Aristophanes' especially so. Public holidays were held when his plays were on so that everyone could attend. Not everyone did, of course. Like most public holidays held in this country so many years later, they were wasted by the public down at the beach, having barbecues or watching the football – or whatever its equivalent was back then (pankration, I think: a no-rules form of wrestling, probably slightly less dangerous than football).

Aristophanes' plays were also publicly funded and watched by an audience of people who either already agreed with what he was saying or wanted to complain about it. It's much the same model the ABC uses today when it mounts its regular Light Ent sorties on Christianity, conservative politics, the concept of private property and anti-vaccers. We owe him a great debt.

The Uncollected Plays of Shaun Micallef is published on October 30 by Affirm Press at $35.