A disgruntled Sainsbury’s shopper was left baffled when he ordered a bacon sandwich – and was served a sarnie with a whole raw mushroom on the side.

Engineer John Geoghegan, 42, from Cheltenham, ordered a bacon and mushroom sandwich from the Stroud branch of the supermarket, expecting the funghi to be between the two slices of bread.

But instead, the large Portobello mushroom came on the side and had hardly been cooked – which meant that when he cut into it, water flooded his plate and left his sandwich very soggy. Do you want a giant, raw mushroom with that? Engineer John Geoghegan, 42, from Cheltenham was left bewildered and in stitches after being served a bacon and mushroom sandwich that came with a giant nearly-raw funghi on the side (pictured) 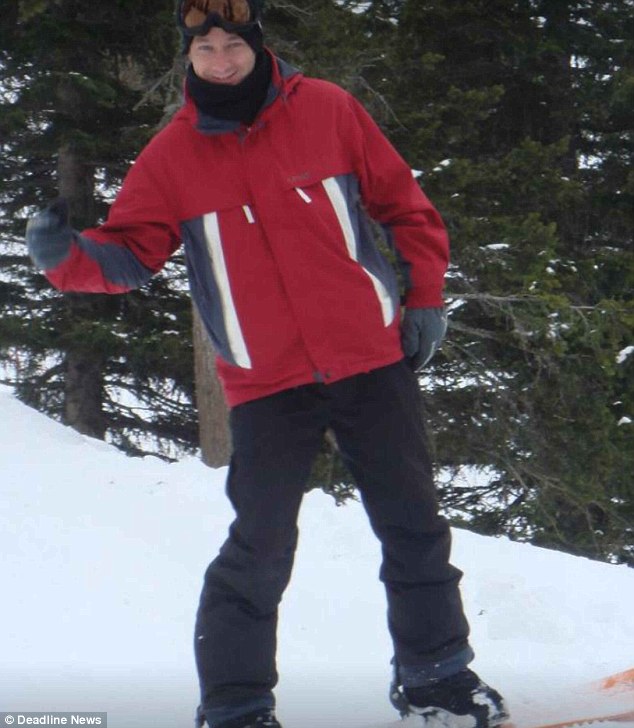 He then shared a hilarious picture of the enormous uncut raw mushroom perched next to his morning treat on his Facebook page last Thursday.

He wrote: ‘So today I visited Sainsbury’s in Stroud. Placed my order for a bacon and mushroom sandwich. I kid you not, this is what arrived.’

He added: ‘The best bit was when she [the waitress] served it said she didn’t know if I wanted the mushroom in the sandwich or not.’

He later explained: ‘At first I thought it wasn’t cooked. It had been slightly grilled so when I cut into it it flooded the plate.’ 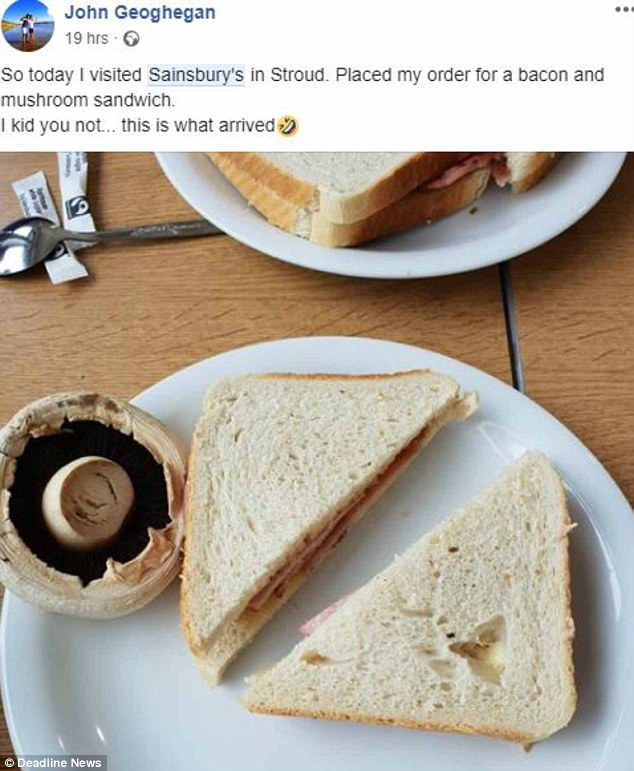 John Geoghegan, from Cheltenham, posted the hilarious picture of his bizarre bacon and mushroom sandwich on his Facebook page after visiting the Stroud branch of Sainsbury’s

Several people commented on the funny picture, with Gary Ford commenting that the giant raw mushroom garnish is bigger than the actual sandwich it comes with

The engineer received several comments from social media users on Facebook who couldn’t believe their eyes.

Katie Freebury said: ‘Are you actually joking? Not much room in that sarnie!’

John explained: ‘Myself and a colleague stopped for breakfast, and it took a few moments for it to sink in it wasn’t a joke.

‘Especially when she said she didn’t know if I wanted the mushroom in the sandwich or not.

‘We literally fell about laughing.’

Sainsbury’s say John is welcome back any time to reclaim a better sandwich.

A spokesman said: ‘Clearly this wasn’t what John had in mind. We’d like to invite him back for a better buttie.’

Look away now, Meghan! Wedding dress fails the royal bride-to-be should hide her eyes from

Give Brits an extra day off in 2021 to celebrate Christmas safely, expert tells Boris

Samsung’s Z Flip is a much more confident foldable phone

It’s A Sin: Who are the real characters in It’s A Sin?