Spoilers for Wynonna Earp Season 3, Episode 1, "Blood Red and Going Down" The Canadian Syfy show about modern gunslinging is back, and so are the bad guys in Purgatory. Except, in the premiere, it’s not Revenants that Wynonna (Melanie Scrofano) has to contend with but sensual, European vampires. These baddies enter town at the invitation of a stupefied Sheriff Nedley (Greg Lawson), wafting sexy fog wherever they go. One such blood-sucker is a woman named Contessa, who captures Doc Holliday (Tim Rozon); however, it soon becomes clear that the two have met before. So who is Contessa from Wynonna Earp Season 3, and what is her history with Doc?

Contessa is played by Chantel Riley; however, Syfy announced back in March that Riley would be joining the Wynonna Earp cast as a character named Kate. This means that audiences will be seeing more of her this season. What’s more, she attended San Diego Comic-Con with the rest of the Wynonna cast, per TV Insider. "You’re gonna find out a little bit more about what this whole ‘me coming back for Doc’ situation is about," she told Hypable in an interview at SDCC, also saying that audiences would learn more about Kate’s backstory. So while Riley was fairly cryptic about her character’s involvement in Season 3, she seems like a significant addition to the cast. 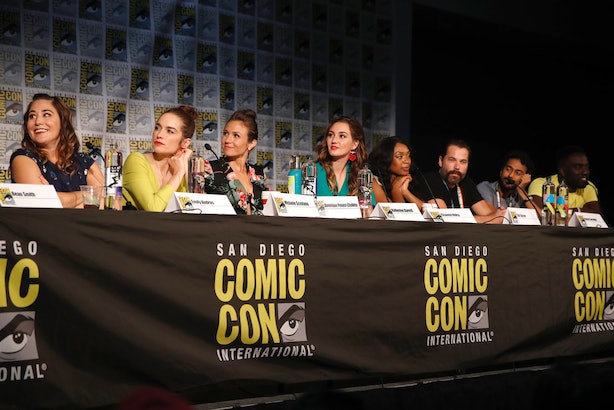 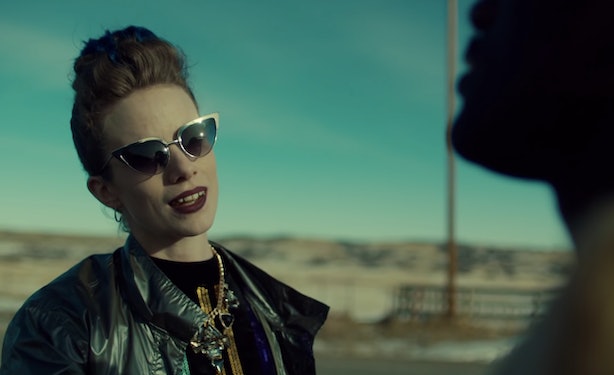 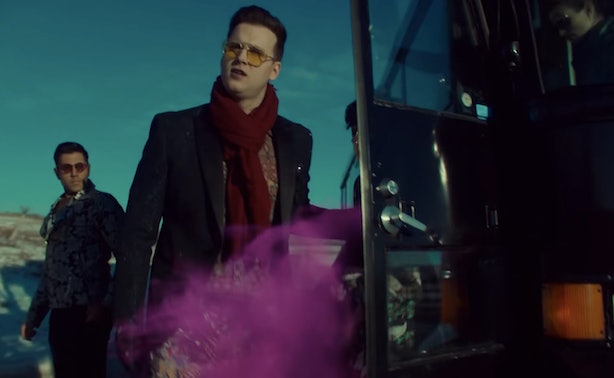 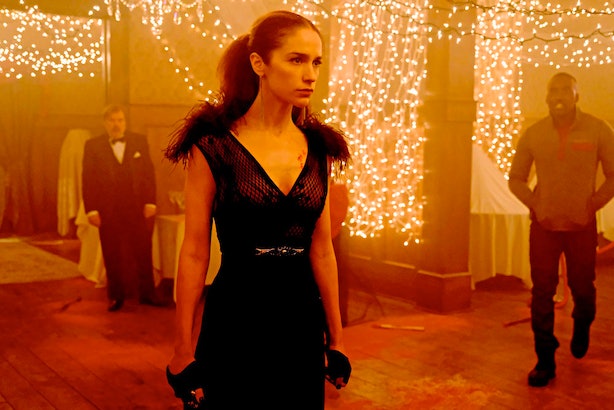 At the same time, the Nosferatu-wannabes are hosting a party for all of their spell-bound Purgatorians. Luckily, Dolls (Shamier Anderson) and Wynonna aren’t affected by the vampires’ seductive gazes and break up the bash with some good, ‘ol fashioned staking. Meanwhile, it’s a true delight to watch Doc try and shimmy up the pole in order to escape. "John Henry Holliday, the greatest gunslinger that ever lived!" he mutters while doing so. "I will not get et while tied to a stripper pole!"

After Doc frees himself, Contessa returns to the bus, and he sees some cuts on her face, revealing that the vampires are likely mistreating her. She tries to run away, and when he points his gun at her, the vampire says, "You’ll never take the shot. You don’t have it in you anymore. No wonder Wyatt left you to die." Does this mean that Contessa is from the same time period as Doc? And if so, does she know Wyatt Earp?

So while Contessa’s identity isn’t revealed in this episode, fans will likely be seeing her again this season. Maybe Contessa, a.k.a. Kate, will even be teaming up with Wynonna’s gang to defeat Bulshar for good. After all, they’ve already got a lizard-man, a gunslinger from the 1800s, and a woman with supernatural aim. Why not throw a vampire into the mix?

Willow Smith Said She Does Yoga to Keep From Smoking Pot — 'What Have I Been Missing?'

Spain is already CLOSING beaches because they're too packed