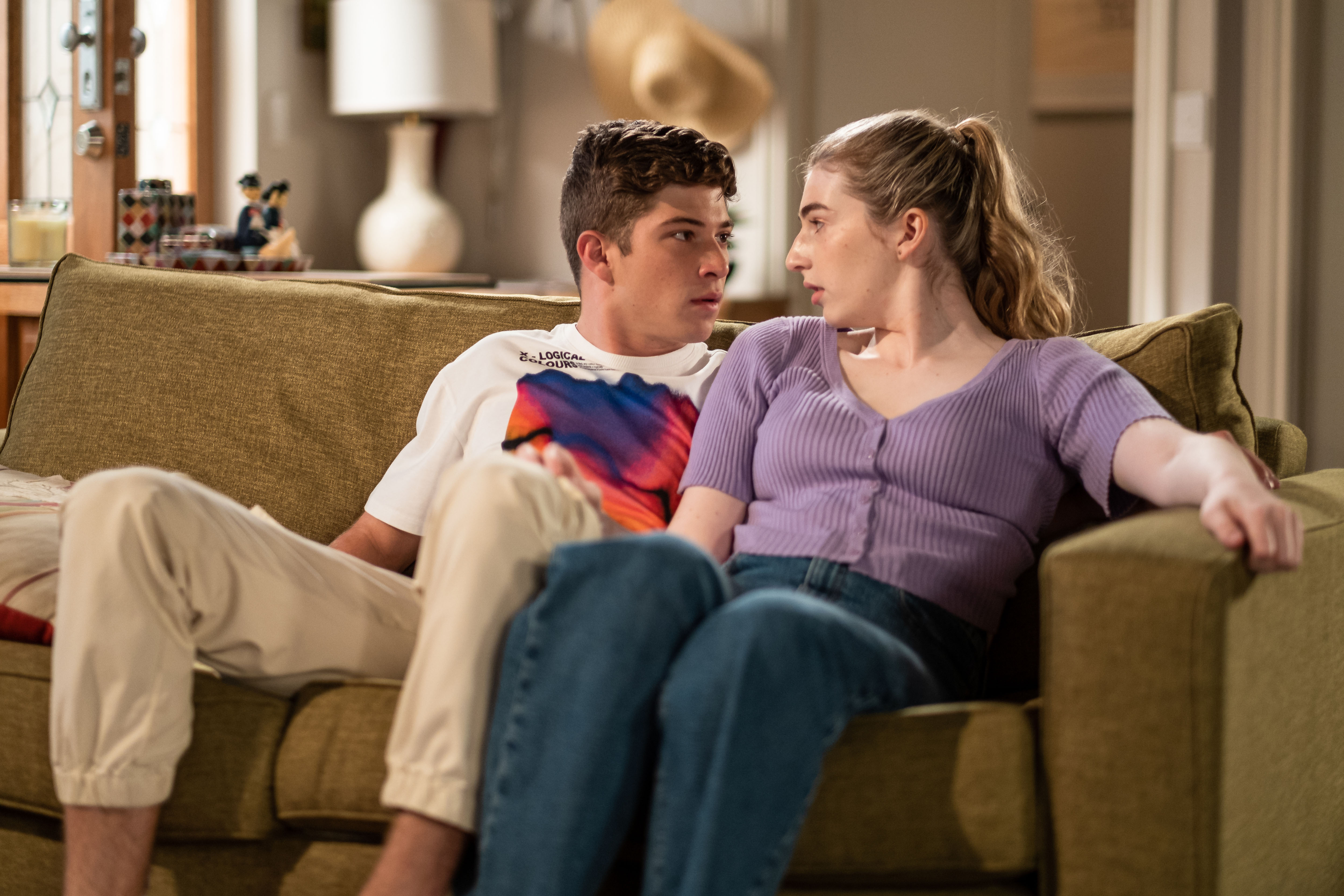 Rule one of the girl code, never get with your BFF’s ex. Well, actually, rule number one should be don’t get with their boyfriend, but getting with their ex should also be an emphatic no. Sadly, it’s not a rule Mackenzie (Georgie Stone) will be sticking to when things start to happen between her and Hendrix (Benny Turland) in Neighbours.

It’s unexpected behaviour from Mackenzie, who is usually loyal to the Nth degree, but could there be a real romance brewing here at the cost of her friendship?

Hendrix has had a tough time trying to get over his ex Harlow (Jemma Donnovan) while also coming to terms with his dad leaving, and it has resulted in him going off the rails. But bit by bit he’s slowly started getting himself back on track. School is going ok, he’s got his friends sorted, he’s finally moving forward.

Perfect time to drop a spanner in the works.

He and Mackenzie have become close friends over the last few weeks and are enjoying getting to know each other more. So when Hendrix discovers a huge spider, his instinct is to call his new closest pal Mackenzie to come and get rid of it.

Ever the dutiful friend, she arrives to sort out the eight-legged beast. But it proves more of a challenge than expected and as they try to catch it, chaos ensues and the pair end up in a tangled heap on the soda.

There are sparks, they both feel it, and they both very nearly lean in. Thankfully, they stop themselves seconds before crossing the line, but they’re both feeling horrendous about their almost kiss. Without chatting to each other, they both worry they’ve ruined their friendship.

But though they stopped in time, are there feelings here that they won’t be able to deny?

Scenes air from Monday 3rd May on Channel 5.

Mother of Murdered Ala. 3-Year-Old Kamille 'Cupcake' McKinney Speaks Out