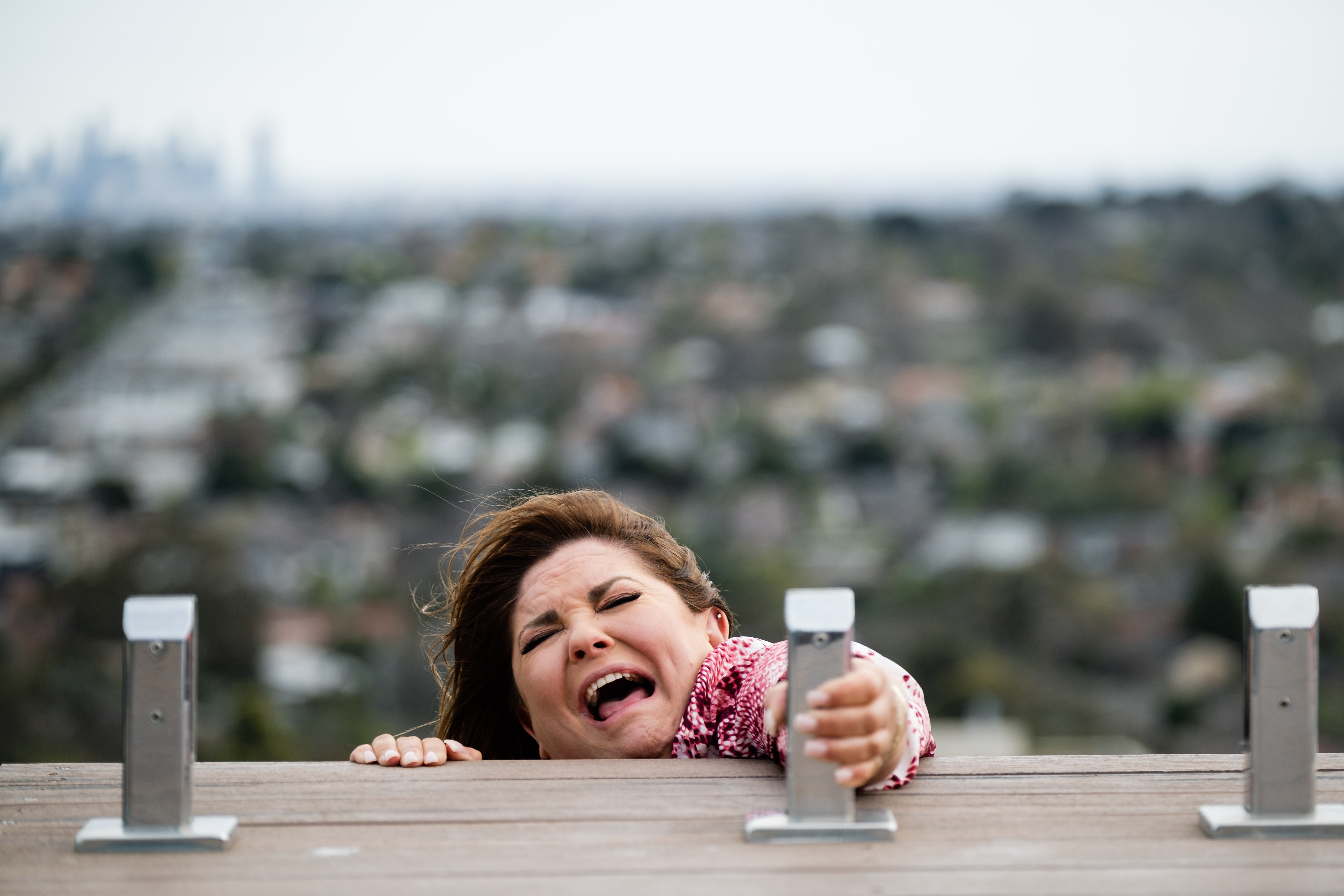 Terese (Rebekah Elmaloglou) has been close to falling off the edge for a while now, but the danger is about to turn literal in Neighbours. New images show Terese clinging onto the side of a building for dear life – will she plunge to her death?

Terese has been battling with her sobriety since her split with Paul (Stefan Dennis) and each time she’s allowed herself to become close to him again, she’s fallen off the wagon. It’s no different when the pair attend the Police Ball and Terese foolhardily allows herself a dance with her estranged husband. It’s too much and she hits the bottle, once again being found by a seemingly concerned Glen (Richard Huggett). She’s rambling about wanting Paul back, so Glen hastily drives her home. Paul has no idea the torment Terese is suffering and thinks they’ve been pulled closer. He later asks if she’ll consider marriage counselling and is shocked when she says yes. Glen is once again horrified to learn she is considering taking Paul back. Will he try and sabotage their reunion?

The first marriage counselling session doesn’t go swimmingly as Terese hits Paul with a character assassination and he doesn’t take kindly to it. It’s not the resolution he’d hoped for. He’s shocked that their marriage is so damaged, but he doesn’t realise Terese is even worse off.

Christmas day arrives and it’s tense at the Tanaka house as everyone wants something different for Isla’s first Christmas. Everyone is so caught up in their own agendas they don’t realise someone is missing – Terese.

Terese lies to them all about where she’s spending Christmas, but when their own bickering subsides and they realise she’s caught them out in a lie, they rush to try and find her.

But as Terese gets herself in a state and ends up on the roof of a building, will it be too late to save her?

Who Is Cleo On ‘Outer Banks’? Carlacia Grant Is New To Season 2