According to folklore, there is a chance that Brits will have to endure poor weather for a month and a half in line with the legend. Tradition says that whatever the weather is like on St Swithin’s Day – be it rain or sunshine – it will continue to be the same for the next 40 days and 40 nights. The thought of constant downpours for more than a month is a frightening one – even more so during the summer.

When is St Swithin’s day?

The feast day marks the date St Swithin’s remains were moved from his grave outside the Old Minister of Winchester to inside the cathedral.

St Swithin was an Anglo-Saxon bishop at Winchester Cathedral, who died in 862 AD.

At that time, Winchester was the capital city of the Kingdom of Wessex. 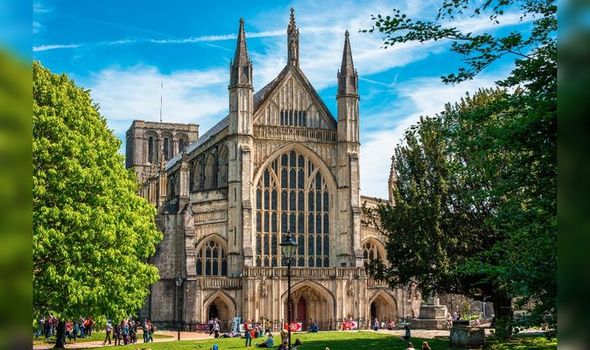 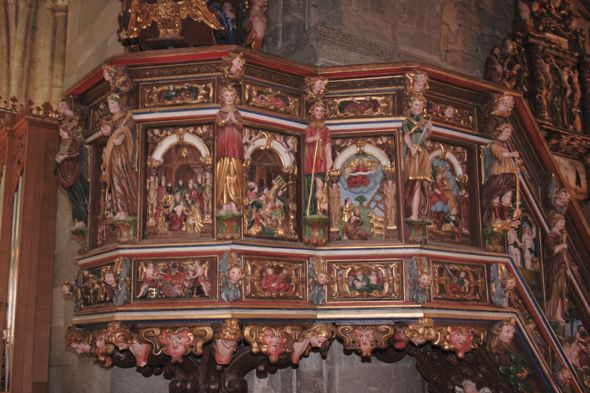 He is believed to have been a trusted counsellor of Egbert, King of the West Saxons, and educated his son Ethelwulf, who appointed him bishop.

Very little is known about St Swithin’s life and there is barely any mention in him in documents from the time he was alive.

However, historians do know he was famed for his charity and church building.

He was made patron saint of Winchester Cathedral about 100 years after his death. 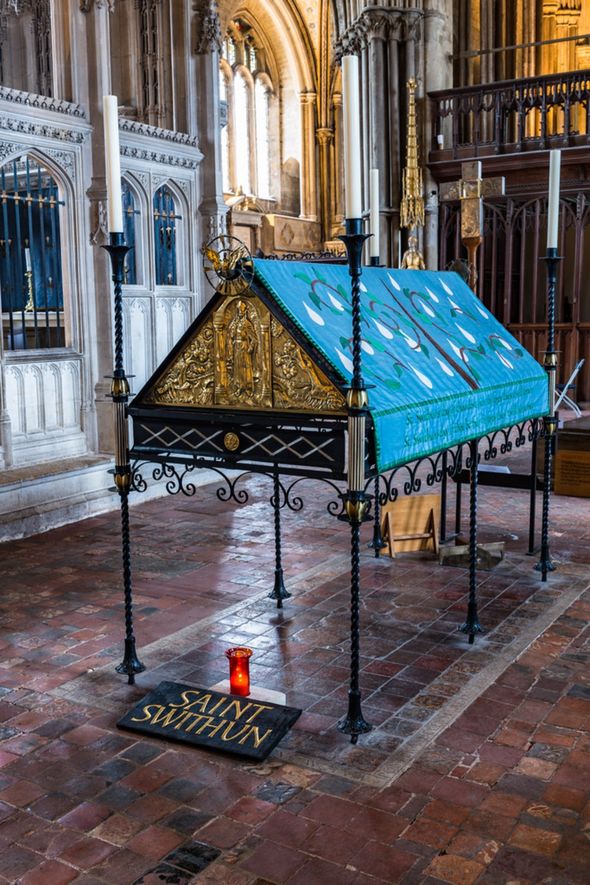 During his lifetime, he supposedly performed just one miracle.

He made an old lady’s eggs whole again after workmen’s smashed them while building a church.

The name ‘Swithin’ is derived from the Old English word for ‘strong’, and the St Swithin is symbolised with raindrops and apples.

Unsurprisingly, St Swithin is well remembered across parts of England, particularly in the country of Hampshire.

DON’T MISS: Bank holiday 2020 dates: When is the next bank holiday?
Business experts push for Bank Holiday in October 2020
Quiz: Beat the back to work blues with Express.co.uk’s Tuesday quiz 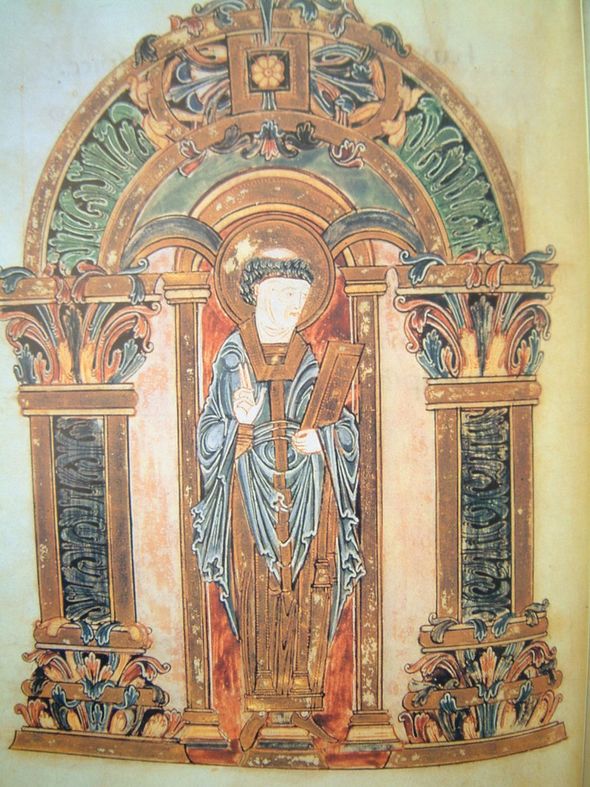 Where did the legend of St Swithin originate?

As he lay on his deathbed, St Swithin asked to be buried outside the Old Minister in Winchester, in a lowly grave where his body would be trodden and rained on.

His wishes were met for more than 100 years.

However, in 971 AD, then the monastery reform movement had been established and religion was at the forefront of British life, St Swithin was moved by Aethold of Winchester, the then bishop.

His body was removed from its simple grave, and instead buried int he new Cathedral on July 15, 971 AD.

A shrine to St Swithin remains in the modern Winchester Cathedral until this day.

According to legend, forty days of terrible weather followed the removal of St Swithin, which brought forth the legend.

Ever since then, it has been believed that July 15 determines the weather for the following forty days.