Home » Lifestyle » Steph & Dom: He had an affair – now he wants to come back!

Steph & Dom solve your sex, love & life troubles: He had an affair – now he wants to come back!

TV’s Steph and Dom Parker, 52 and 54, draw on their 21 years of marriage to solve your relationship problems . . .

Q Last spring, my husband told me he was leaving me for a younger woman. I was completely blind-sided. We’d been married for 27 years (I am now 52) and have two kids.

The first few months were utter hell. I was devastated. However, gradually, I found a way to adjust to my new life.

And, in a funny way, the whole experience ended up being liberating. I even went on a few dates last month. It’s been scary, but also exciting. 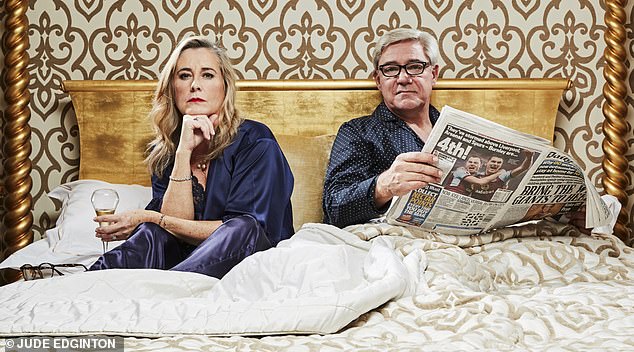 TV’s Steph and Dom Parker, 52 and 54, draw on their 21 years of marriage to solve your relationship problems

Then, last week, out of the blue, my ex told me he’s made a mistake and wants me back. I was shocked.

I can see, now, that things hadn’t been right for a while. Our marriage had got so boring. Yet, if I’m honest, I still love him. And we have a family together.

I’m so torn. If I walk away, I lose him for good. But I’m scared that, if I go back, I’ll lose myself. What should I do?

STEPH SAYS: First things first, I’d like to give you a huge ‘well done’ hug. You have picked your life up again after your husband ruined it.

This is one of the deepest fears of most married women —that after years of caring for everyone, of raising children and keeping everyone together, the love of your life could just up and leave you.

So you’re doing a massive service to us all by sharing the fact that one can recover after such an enormous blow.

Often, women whose husbands leave them feel a misplaced sense of shame. They really shouldn’t — it’s all on the men — but they do.

So it’s inspirational to hear you say that you’ve come out the other side of such a fundamental trauma and feel liberated, even excited, at the thought of the future.

How hideous then, to have your ex creep back on to the scene. No man has any right to expect his discarded partner to let him come back, to act as if this monumental betrayal was somehow nothing.

It’s outrageous that it even crossed his mind as a possibility. 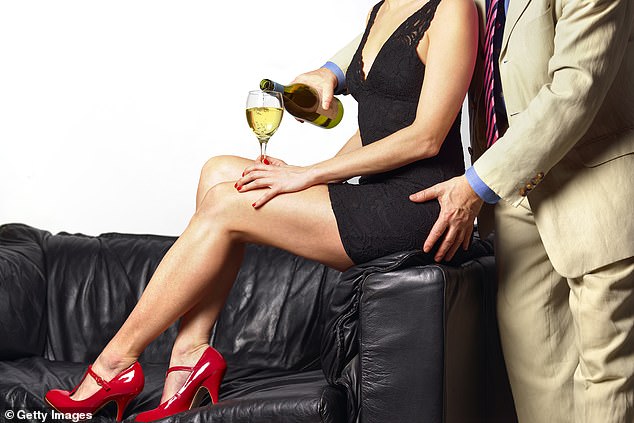 I’ve often thought that we all change when we marry. The person we were is still there, of course, but we do also morph into someone less singular, someone who has another person to consider, who is part of something bigger than themselves too. So when we stop being married, somehow we have to figure out who we are.

No longer the girl of 25, or the married woman of 50, but you, now, single again at 52. It must have taken a Herculean effort to have put yourself back together again.

And to find you’re happy with this new version of you is wonderful. You like the new you, so carry on being her!

I understand the impulse to indulge in the comfort of the familiar, but it’s not good for you.

In fact, I think it would be deeply damaging to your psyche to allow him back in. You have a new lease of life and your future is looking exciting. Put yourself first!

I’d go so far as to say you should keep him as far out of your life as possible.

You say you’ve been on some dates — how brave. You don’t need your ex sticking his nose into a new relationship. So the answer is no. You shouldn’t let him come back.

Of course you feel some residual love. You were married for more than a quarter of a century; it’s normal to feel like that.

But your love wasn’t enough to stop him going off with another woman. Tell him no — and if you waver, remember that he was once able to look you in the eye and tell you he was leaving. Stay strong.

DOM SAYS: Oh dear, what a terribly sad story. I’m very saddened to hear this. You were married for 27 years — this is a very long time.

And, let’s be honest, things can get boring. We all have a responsibility to keep things in our relationships alive.

And I feel so sorry for you that your husband has decided to look outside his marriage for the spark that was lacking within.

We all know how these things happen. Your husband was dissatisfied, looking for a bit of fun and one thing lead to another.

Except, in this case, it lead the whole way. He left you for a younger woman and caused untold hurt in the process.

It must have been utterly devastating for you. I don’t know how I would cope if my whole life was torn apart like yours was.

So you have my profound respect — 100 per cent — for picking yourself up and putting yourself back together again.

I admire you hugely for your ability to have turned a terrible experience into a source of strength and I’m delighted you’ve even found yourself feeling liberated and more positive.

So I can well understand your frustration that your ex has chosen this moment to waltz back in.

In fact, I’m sure you’re tempted to tell him it’s a bit late now! And I’m sorry to say, I think it is.

He is the father of your children and I’m sure there’ll be a part of you that will love him until the day you die, but if you allow him back, you are handing him the power to hurt you again.

Do you really believe that things will be different in the future? How could you trust that he wouldn’t yo-yo back and forth with this woman or, indeed, someone else.

He put you through a living hell. So no, I don’t think he gets to come back at the drop of a hat.

He didn’t have a fumble or a fling, he left you and your life. You have rebuilt things and you must protect yourself.

But the fact you’ve written to us tells me you might not be comfortable with such a strong decision.

If you can’t quite bring yourself to tell him a flat no, then give him a halfway house. Tell him he doesn’t get to come back and live with you, he has to go and live alone — quite alone, no other women — for a year, and then you can see how you feel.

He made his bed somewhere else, now he needs to lie in it.

One final word, think about how you might feel about all of this if you’d found someone else. And then remember that you still might — and that you’ve already found yourself.

Surfers reveal what riding world's most powerful electric wave is like

John Lewis Appears On ‘CBS This Morning’ To Talk About Protests Following George Floyd’s Death: “You Cannot Stop The Call Of History”

Meredith to Be Acquired by IAC’s Dotdash in $2.7 Billion Deal