TV’s Steph and Dom Parker, 51 and 54, draw on their 20 years of marriage to solve your relationship problems …

Q: I feel like a terrible person. Please help me. A few months ago, I bumped into a close friend’s ex-husband in our local supermarket. We’re both in our mid 50s and divorced. Anyway, I hadn’t seen him for years and we got chatting.

It was unexpectedly lovely. He’s so funny, sweet and charming. If I’m honest, I’ve always had a bit of a soft spot for him. I didn’t think anything would come of it, but he texted me after to ask if I wanted to go for coffee with him. I went, but didn’t mention it to my friend.

Since then we’ve met up several more times. I still haven’t told her. I haven’t told anyone. Deep down, I know it’s because I’m developing feelings for him. I feel so guilty. I know they’re not together any more, but I still think she would be hurt. I don’t even know if he feels the same, but I’m worried I’m getting too invested. 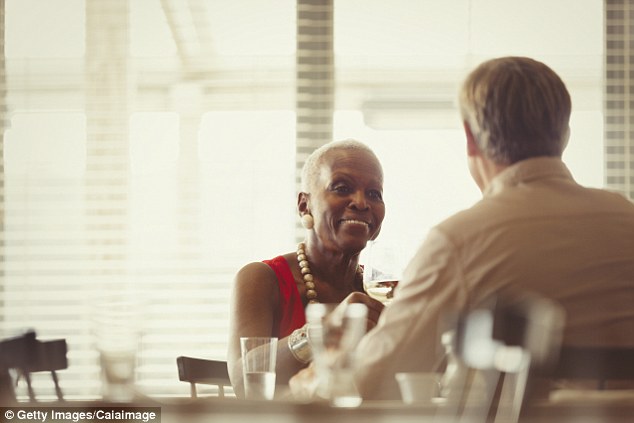 Steph says: The golden rule — as well you know — is that you don’t go after a friend’s man. This is not the good kind of recycling. There is an unspoken pact among female friends that our husbands, former and current, are simply not fair game.

But you already know this, and that’s why you’re feeling particularly gruesome.

You say she’s a close friend — well how close is close? And are you prepared to lose her friendship? You’ve been a little evasive in your letter and I suspect that’s because you’re feeling hideously guilty.

I feel like you’re being a bit sheepish and can’t help but wonder if you haven’t had a quiet eye on him for years. When your friend finds out, that’s probably what she’ll think, too. So, in order to head that off at the pass, you must be upfront. You must be honourable — and honest.

But before you do, you must talk to the man. I don’t want to put a dampener on things, but this is very early days. Are you sure this is the big love with a capital L you think it might be? Those wonderful heady days of a crush are super-flattering and feel amazing, but they are, indeed, the early days of a crush.

So, tell him that you’re going to talk to her and pay attention to his reaction. You need to be sure he is serious about this relationship before you put your friendship on the line. (And even if he is serious, then he’d surely want to know you were going to go ‘public’) If you do think this is worth the risk and not just the giggly first flush of something that might fizzle out, then, fine, go ahead. But I’d do it in a public place in case she goes mad and throws something at you.

If I were you, I wouldn’t do it at all. I wouldn’t sacrifice a long-term friendship for the possibility of something with someone I’ve been on a few casual dates with!

To my mind, your female friend may be the biggest loss. Think carefully and do everything in the right order at the right time or you might end up with neither of them. Be upfront and then let the cards fall as they will. 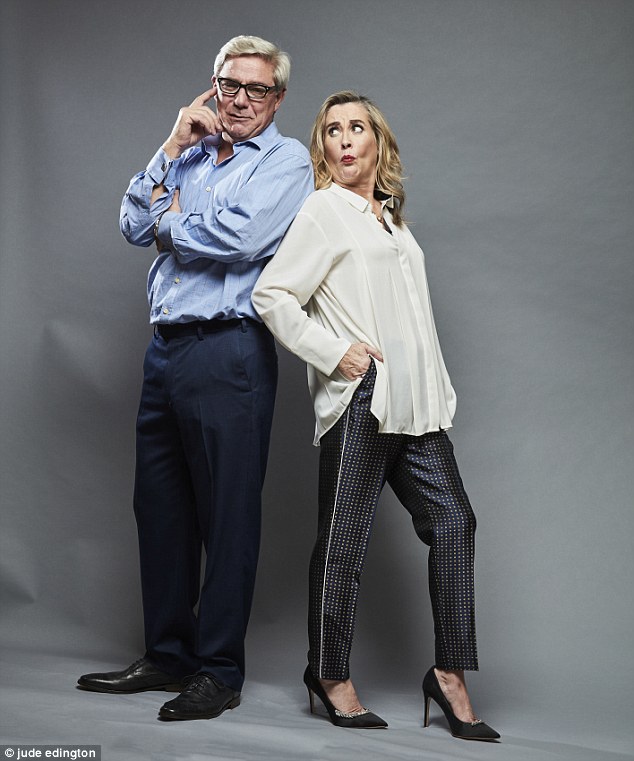 Dom (pictured left with Steph) advises the reader to talk to her friend and to ensure they know they come first to her. He warns the reader that they may lose their friend

Dom says: Well, I’d like to say how delighted I am that you think you might have found someone who’ll make you happy. He seems to be making light work of this for you, which is absolutely lovely, especially after a hideous divorce, and let’s face it, all divorces are hideous!

So, you’ve likely been through the mill and now think you might have found a shot at happiness again. Good for you! One great thing is that as he was married to your close friend you have an idea of the kind of man that he is, and I assume that the reports are good and he’s a decent chap. But, please do be cautious.

While I see no harm at all in you getting together, I think you have to go about it the right way.

You’re obviously concerned about how your friend is going to react. I’m sure you’d like her to be happy for you and wish you all the best, and it is possible, but it’s also possible she’ll be disappointed and angry. You may well lose a friend here.

But you can go some way to mitigating this. The key is to talk to her. Massage her ego a bit. Make sure she knows you’ve come to her first. In your letter there’s no mention of things having progressed to the bedroom. So, assuming it’s the case, tell your friend you haven’t slept with him yet. Tell her you want to hear what she has to say before you decide.

Then, consider your future happiness, and weigh it against the very real possiblity of no longer having your friend around.

Trump, Brexit and the need for checks on executive power