Stephenie Meyer is the highly successful author of the Twilight series of books. Whether you know and love her books or not, it’s just the truth. As with any series, the book covers all have a similar theme and look alike; they’re black with a singular item on the cover (aside from Breaking Dawn, which has two items). And each of these objects on the cover has at least one speck of red on it.

For Twilight, it’s a red apple. For Eclipse, it’s a red ribbon. And for Breaking Dawn, there’s a red pawn way behind a big, white queen chess piece. For the cover of New Moon, it’s a white flower with tinged red edges. And it seems to be Meyer’s least favorite. 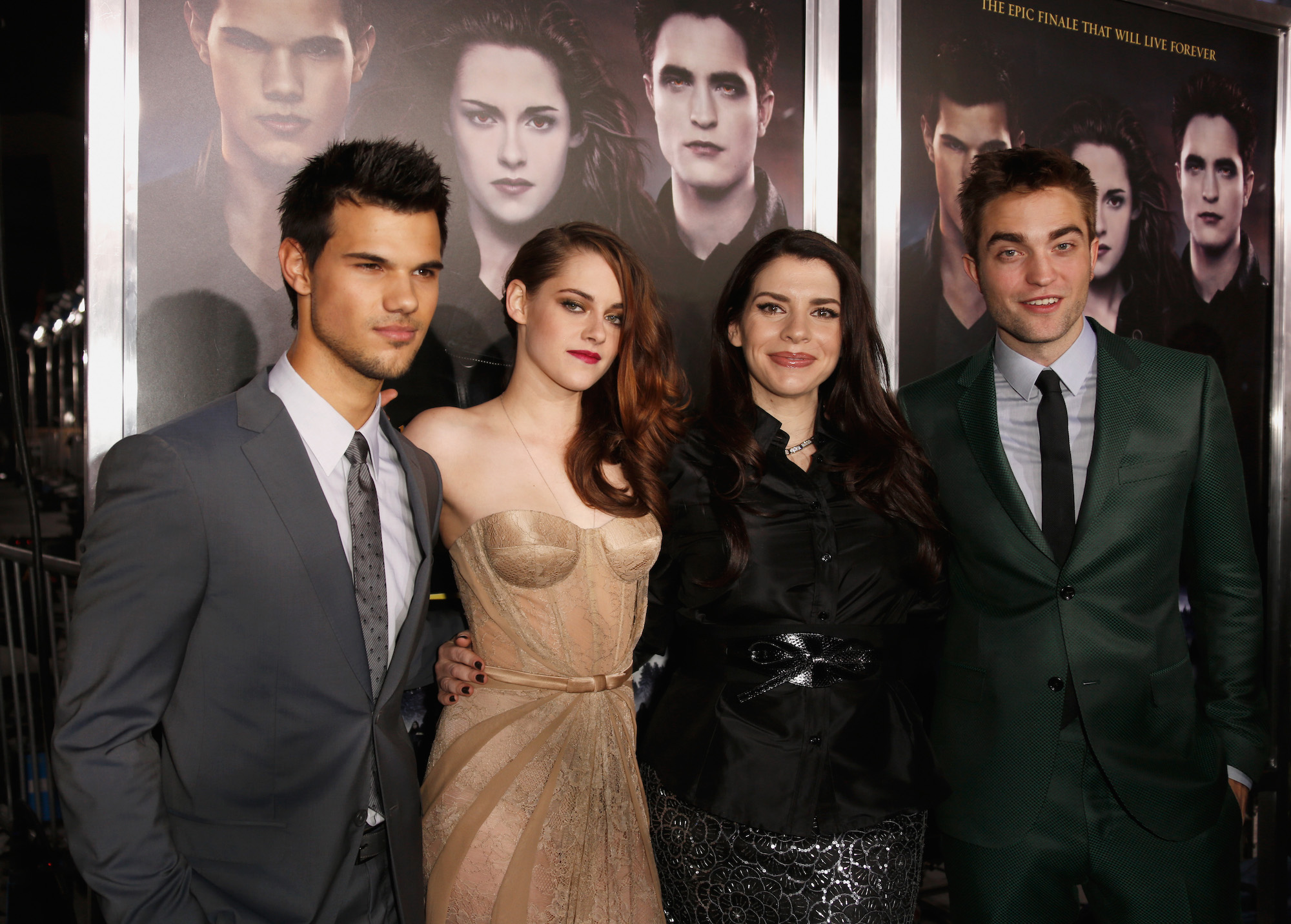 As Meyer explained in an FAQ on her website, in the “publishing world,” it’s not that normal for authors to pick their covers. For her, Twilight was the “exception” to that rule, because she actually had a pretty big say in the matter, and related it back to the Bible story of Adam and Eve.

But the “ruffled tulip” on the cover of New Moon was the normal case where she didn’t have that say.

“Covers, for example… are mostly up to the publisher and the marketing and sales departments,” she wrote. “So I don’t know what the tulip means—I didn’t have anything to do with this one.”

Because of this, Meyer has notably disliked the ‘New Moon’ cover in a few interviews

As GradeSaver.com reported, the cover of New Moon was designed by Gail Doobinin and photographed by John Grant and it sounds like it was decided by the publishing company in the end. And that FAQ isn’t the last Meyer expressed her… lack of interest or general dislike for the cover.

“Then we have New Moon,” Meyer stated in an interview with Twilight Lexicon where she described each cover. “A very lovely ruffled tulip that means nothing at all.”

Ouch. Meyer went on to say that this cover happened “before [she] got to veto covers” meaning that “someone in the company” chose it because they “thought that was a really cool color scheme.” Again, not favorable.

“And I was like okay well whatever,” Meyer finished.

What did Meyer want the ‘New Moon’ cover to be or look like initially?

While that’s ultimately unfortunate, because it seems like Meyer has some sort of attachment or general relationship with all of the other covers, that’s just how it worked out.

When it comes to what she originally wanted, The Twilight Saga: The Official Illustrated Guide noted that she wanted some sort of clock on the front. It was a way to show that “time” is very important in New Moon. There are several pages devoted specifically to showing months passing while Edward Cullen’s gone, and Bella Swan’s stuck in Forks. Then there’s the clock tower in Volterra, Italy that Bella has to get to before noon so that Edward doesn’t reveal himself.

But the tulips were chosen to mimic a flower losing petals, like Bella losing drops of blood. Something that she does often as a human and that sparked Edward leaving because of her paper cut at her 18th birthday party.

Mom reveals how she got over $100 worth of products at Publix for just $8 with deals, coupons and rebates