Home » Lifestyle » Why we should take Kanye seriously 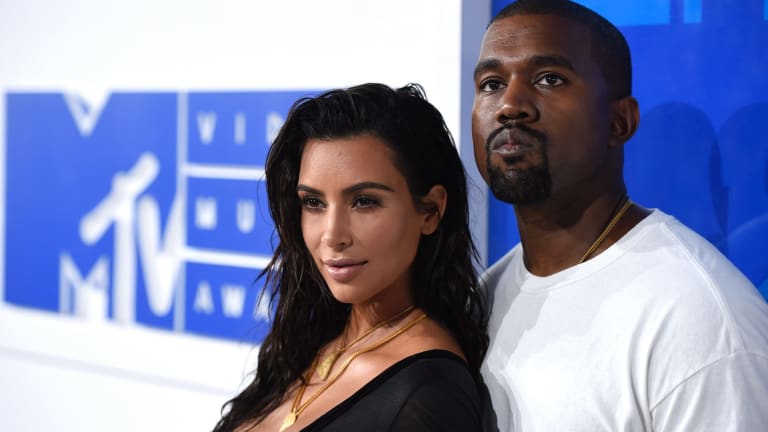 Kanye West, formerly known as genius Kanye West, has made a lot of incendiary statements this week, the most flammable of which were not on Twitter, but in person.

As rumours swirl about his mental state (he is taking medication, but is not seeking professional therapy) and whether or not these past few months have been all part of an elaborate Andy Kaufman style performance art piece, whereby West confronts everything he hates, many fans and friends have been left in a deep fog of disappointment and confusion.

Chrissy Teigen spoke for all of us when she tweeted "kanyeeeeeeeeeeeeee iljeflaejsf'pifgaiw'rgjwregfreogjwrpogjjr."

Michael Lallo, writing for Fairfax Media on Wednesday, wondered why we expected so much from a celebrity in the first place. I'll tell you why: Kanye West, son of two extremely woke parents – a Black Panther and an academic – was, from his very first album, a creative genius. Nope. Nope. He was. If this is fake news to you, go for a Google.

His lyrical content was head and shoulders above every other rapper at the time; his ability to synthesise various hip-hop samples with pop melodies was inventive and accessible, which meant he quickly achieved cross-over with white listeners and mainstream radio.

The problem is, you don't get away with saying, "I'm not your role model" when you've already produced the best hip-hop music in the last decade (with overtly political lyrics).

Granted, he's not always the most articulate guy in any room, and he's never been known for his humility (despite his recent Road to Damascus moment), but he is a giant on the pop culture landscape, so when he speaks, however ignorantly, we can't help but lend him our ears.

As to why he is behaving this way, nobody knows for sure.

But let's try a few theories. Beginning with his wife, Kim Kardashian West. Hang on, I'm not about to blame her.

What I will say is that if you go from being the guy who is surrounded by models, groupies and side-chicks, to a married father of three, living at your mother-in-law's house, you're going to experience a little bit of psychological whiplash. Especially if your mother in law is the matriarch of the most publicised family in America right now.

Everyone in your circle has something (highly lucrative and noteworthy) going on. Suddenly, you don't feel all that special.

On top of this – your, let's say, relations with women, have always been disposable, giving you the narcissistic supply you need any time you felt powerless, or more specifically, superfluous. That's no longer an option now.

Which means you no longer feel as edgy as you once did. So what, you might say, Jay Z has three kids, too. Ah yes, but Jay Z has had therapy, he did the work. Before that, well, we know what he was doing because we all listened to Lemonade.

In the middle of all this, your mother dies unexpectedly. Your daughter's name is North, but the reason you named her that was because your north star was your mother.

So there's pain, but there's nowhere to put it. Can't go on a bender like you used to because of the wife and kids.  Can't feel special because your new family are full of specials. Don't feel admired because you're failing at your projects, and you're living in Kris Jenner's spare bedroom. No judgement. It probably has a fireplace and a $30,000 mattress with a spa in the middle of it.

Still. That's a lot of attention going around, just not for you. Who loves ya, Ye? Let's put it another way – who needs ya? Who is going to feel you, and feel grateful that you graced them with your presence?

Who else is out there failing at his job on a grand scale? Who is refusing to take responsibility, choosing instead to burrow deeper into narcissistic denial and blame? Who else has poor impulse-control, especially on Twitter? Who else is broke? Put simply: who else is messing up worse than you?

That's right. It doesn't matter that Trump is a racist, because West is so deluded by his own privilege, he sees his own race as irrelvent.

And this is exactly why we need to take him seriously. Because the last time we dismissed such bombastic grandstanding as just an ignorant male ego in crisis, the dude went and won the presidency.

So let's let this roll on out, see where it takes us. Hopefully, to a place of healing. Or, like a super awesome album. Because Yeezy, the man, the myth, the dufus, is worth it.

Robert Mueller and Trump Jr. Almost Had an Airport Run-In — and Now It’s a Meme