Tame Impala's The Less I Know The Better has topped the Triple J Hottest 100 of the Decade.

The song, which was recorded in the home studio of Tame Impala's Kevin Parker in Fremantle, was released in 2015 and originally placed fourth on the countdown in 2016. 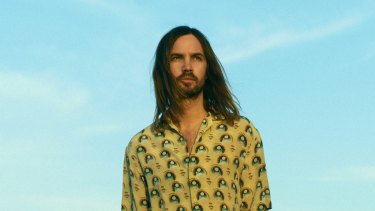 "It's honestly a dream come true, I can't describe how much of a big thing it is to me. More than headlining festivals or Grammys, the Hottest 100 is the closest thing to my heart," he told Triple J presenters Erica Mallet and Sally Coleman.

Tame Impala had four songs in the countdown including Let It Happen, Feels Like We Only Go Backwards and Elephant.

Despite being the hot favourite to take out the countdown, Gotye's 2012 hit featuring Kimbra Somebody That I Used To Know came runner-up. The song is one of the most successful Australian songs of all time and charted in first place around the world, including on the Billboard charts in the US.

With the current coronavirus pandemic about to make an enormous impact on Australian entertainment – with the government banning gatherings of more than 500 people – the industry has received a much needed boost with a large number of artists from this country represented in the countdown.

Eight of the top 10 songs came from Australian artists with Matt Corby, Rufus du Sol, Gang of Youths, Angus and Julia Stone, Violent Soho and Flume all finding their music at the pointy end of the count down.

Flume also had the most number of songs in the countdown with five tracks making the cut.

Nearly half of the songs in the Hottest 100 of the Decade came from Australian artists with 49 of the tracks in the countdown provided by locals. Several Australian performers appeared multiple times including Gang of Youths, Hilltop Hoods, Angus and Julia Stone and 17-year-old Sydney singer Ruel who released his first single at 15. His tracks Dazed and Confused and Painkiller came in at 99 and 83 respectively.

Triple J's live covers series Like A Version have grown in popularity in the countdown in recent years, but only offered one track to the hottest songs of the decade with DMA's cover of Cher's Believe coming in at 41. It had previously reached No.6 in 2016's Hottest 100. 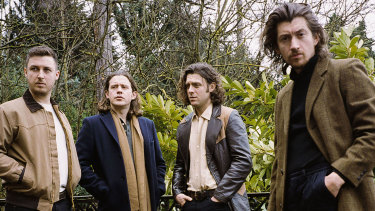 Triple J Unearthed, which has traditionally been the path to success for a number of independent artists, can celebrate having introduced Australia to a number of the hottest songs from the last decade. Six artists first discovered on unearthed featured on the countdown including Ruby Fields, Amy Shark and Vance Joy.

The past decade has seen the rise in popularity of hip hop music and that was reflected in the charts. Aside from Flume's dominance the two artists with the most number of songs in the countdown were Kayne West with five entries and Kendrick Lamar with four.

Songs from 2010 fared better than more recent songs with 2011 and 2012 being responsible for the highest number of songs in the countdown. Songs released in 2019 only took three spots including the hottest song of 2019 – Bad Guy only coming in at 71. Dance Monkey, the most ubiquitous song of the past 12 months and the most successful Australian single ever released, failed to make it into the Hottest 100 of the decade.

Nine songs made their Hottest 100 debut in the hottest songs of the decade including Adele's Rolling in the Deep, Robyn's Dancing On My Own, J. Cole's M.A.A.D City and Rufus du Sol's original version of Innerbloom, however a remix of that song was featured in the countdown in 2017.

The best international performer in the countdown was Arctic Monkey's Do I Wanna Know which came third.

Triple J reports more than 1.8 million votes were received for the Hottest 100 of the Decade.

The top 10 songs of the decade

Texas mom 'beat daughter, 2, to death before dumping her corpse and dressing up a life-size doll to look just like her'

My neighbour's fence blew down into my garden and they haven't removed it since – what can I do?