More babies? Tarek El Moussa and Heather Rae Young have their hands full balancing TV shows, full-time jobs and raising his two kids — but the engaged couple is open to adding another little one to their brood.

The Flip or Flop cohost, 40, spoke with Entertainment Tonight on Wednesday, September 15, about the prospect of expanding their family.

“She just started hinting at this like a few weeks ago, you know, but at the end of the day, listen, she’s my wife,” El Moussa told the outlet of the Selling Sunset star, 33, whom he is set to marry next month. “There’s one thing I know about children. I would never regret having a child because I love my babies so much, so if we have more kids, we have more kids.”

Tarek El Moussa and Heather Rae Young: A Timeline of Their Relationship

The former Playboy model also told the outlet that she was initially unsure about becoming a mom or having more kids until she saw her beau as a father.

“I’ve been talking about it more because, you know, I never thought I would have babies, and I never saw that in my future,” the Netflix personality explained. “I always wanted to get married but I never knew that that would be something that I could … it just seemed like I couldn’t be a mom. I just didn’t know. And so, I’m like, ‘Well, babe, what’s one more?’ You know, our life’s already crazy and, you know, maybe. Now I know I can do it.” 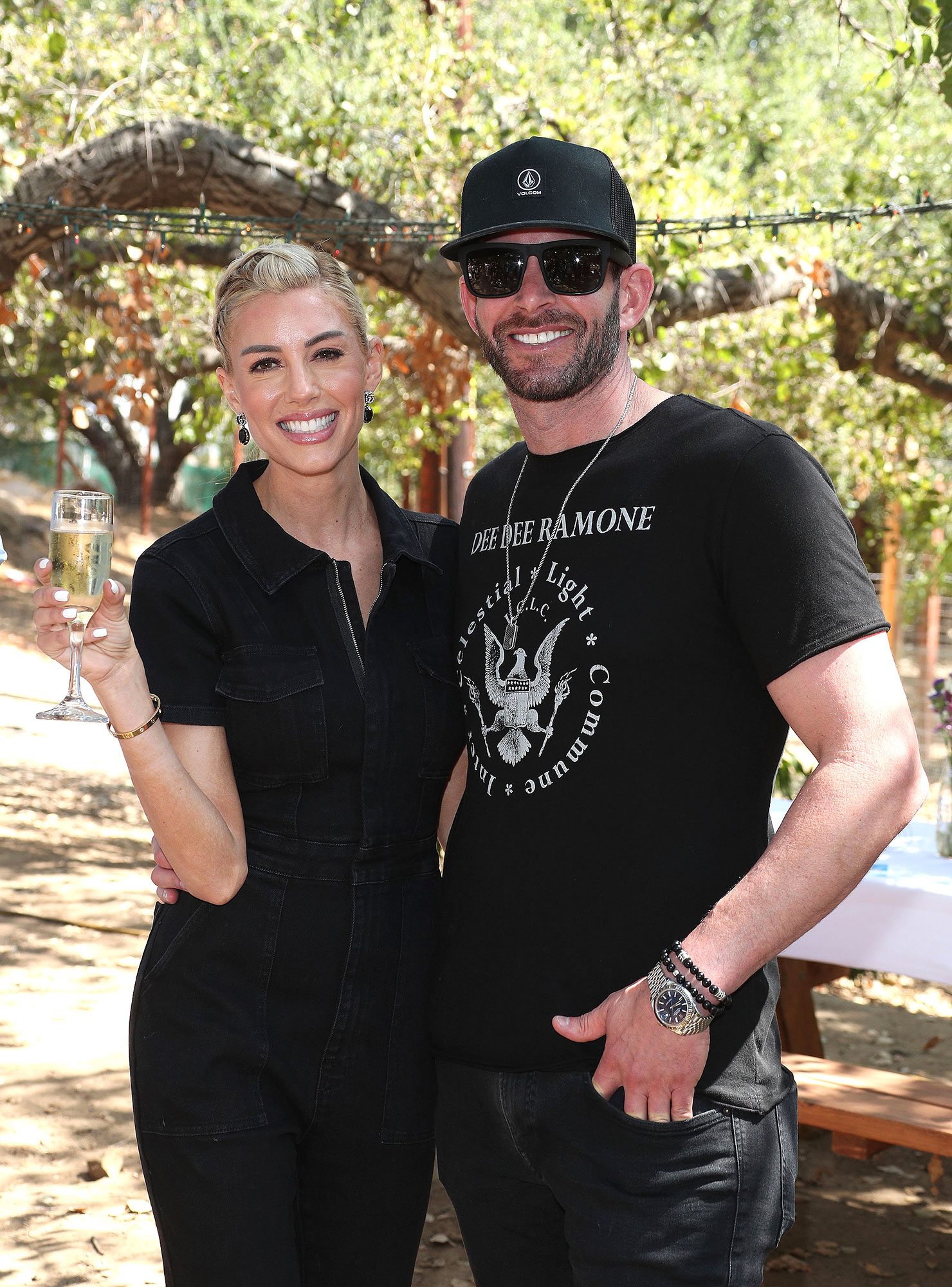 She continued, ”I think there was a fear for me and, you know, raising a human is the hardest thing. And it’s hard, but I see how we parent together, we’re very parallel and he lets me parent how I want and he never micromanages anything. He trusts me 100 percent with the kids and I think having that beautiful experience with him, it makes me more open to having a baby.”

The realtor previously told Us Weekly in April that the couple has discussed the idea of having more kids with Taylor and Brayden.

“We occasionally talk about it, like, ‘What would you guys think if we had another baby?’ or ‘Would you want a boy or a girl?’” Young told Us at the time.

At the time, Young noted that it wasn’t the right moment to welcome a baby amid their careers and coparenting the two elementary schoolers.

The Flipping 101 host and the former model were first linked in July 2019. The pair then moved in together after one year of dating before El Moussa proposed in July 2020.

“The Future Mrs. Tarek El Moussa!!!!” the real estate agent captioned a photo of the pair from the special moment via Instagram.

Summer of 2018 set to become the warmest ever in UK weather records, Met Office predicts

While You Were Sleeping: 5 stories you might have missed, Dec 4