With so many entertainment options, it's easy to miss brilliant streaming shows, movies and documentaries. Here are the ones to hit play on, or skip. 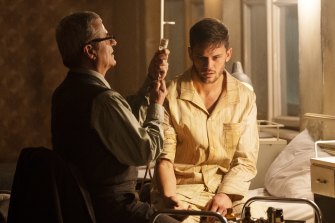 It's like a Jason Bourne movie squared, cubed and extruded every which way as this compelling new series takes Robert Ludlum's Bourne trilogy mythology to places it's never been.

Remember how freaked out poor old amnesiac Jason was when he realised that at some point he had been turned into a kind of super-assassin? Bourne doesn't appear in Treadstone, but various other folks around the world are waking up to the same nightmare. But who is it that's waking up all these "cicadas"? For what purpose? And might it have something to do with a certain nuclear weapon that disappeared after the fall of the Soviet Union? Well … that would be telling. And in Treadstone the telling is quite something.

Like a fine airport novel, the series has a global sprawl that's tightly controlled. Locations across Europe, Asia, Africa and the US fill the screen in evocative style, but always for a reason. And series creator Tim Kring (Heroes, Crossing Jordan) ensures that story and character retain their primacy despite the generous supply of action set-pieces.

Ludlum freaks will recall that Bourne was the product of a CIA black ops program codenamed Operation Treadstone. While most of Treadstone plays out in the present day, the series also takes us back in time for a look at the ugly roots of that particular operation. 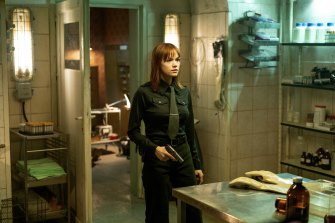 It's 1973, and American soldier-turned-spy Randolph Bentley (War Horse's Jeremy Irvine) has been captured behind the Iron Curtain. An old Nazi by the name of Dr Meisner (Martin Umbach) and a young KGB agent by the name of Petra (Berlin Station's Emilia Schule) are subjecting him to a rugged regime of torture, brainwashing and hallucinogenics in the hope of turning him into a Manchurian candidate kind of asset. There will, as they say, be blood.

In present-day London, a North Korean general (Tzi Ma) risks everything to make contact with a British journalist (Tracy Ifeachor), while back in Pyongyang a certain cicada (Hyo-Joo Han) is about to have a particularly frightening awakening. Stateside, meanwhile, things are about to get complicated for oil-rig worker Doug (Brian J. Smith) and his wife, Samantha (Australian Tess Haubrich).

There's plenty more going on as well, not least for Omar Metwally as the present-day CIA man trying to contain the whole off-the-books disaster. It's no TV landmark, perhaps, but it's handsomely produced, judicious in doling out surprises and definitely worth a look. 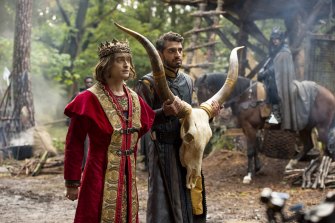 Miracle Workers is an anthology series. So Steve Buscemi is no longer God, the vain and petty creator of the universe and amusingly checked-out CEO of his own dysfunctional cosmic corporation. This second season, based again on a story by Simon Rich, finds Buscemi as a cheerful medieval schlub whose name – Eddie Shitshoveler – reflects his occupation. The larger figure, though, is Eddie's daughter, Alexandra (the increasingly impressive Australian Geraldine Viswanathan), a spirited young woman who wants more from life than the family business can offer. Daniel Radcliffe also returns, this time as a feckless, doltish young prince who's a perpetual disappointment to his hard-man father (Peter Serafinowicz). There are also adroit supporting performances from Lolly Adefope as Alexandra's similarly spirited friend and Jon Bass as her doltish brother. The cast, though, greatly outshines the writing, which goes for absurd and oh-so-random humour in a way that feels undercooked and oblivious to the humour that might emerge from the setting more organically – there's no need for the village mean girl to speak in a valley girl accent. Still good for a giggle, though. 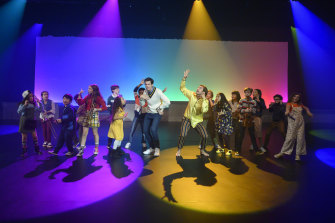 The marvellously droll John Mulaney is in top form alongside a cohort of suitably arch mini-mes in this satirical take on old-fashioned children's TV specials. The young performers exude a winning blend of childlike innocence and showbiz savvy as a whirl of sketches, interviews and musical numbers covers a range of sometimes grown-up subjects, returning most frequently to death and other terrors. Deadpan guest appearances by such perennial children's favourites as TV's Richard Kind and David Byrne of Talking Heads are an exquisite cherry on top. 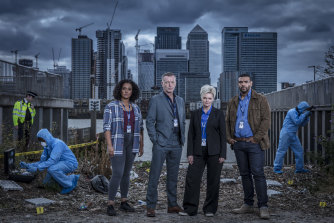 The names of Sharon Small, Hugo Speer and veteran British crime TV producer Paul Marquess promise plenty, but this unconvincing new police procedural doesn't deliver much. Speer and Small play Detective Inspector David Bradford and Detective Sergeant Vivienne Cole, who work together and constantly butt heads as case after case turns out to have some unlikely connection to Bradford's missing wife. The coppers' dialogue and lack of procedure doesn't ring true. Small fans would be better off going back to their Inspector Lynley DVDs. 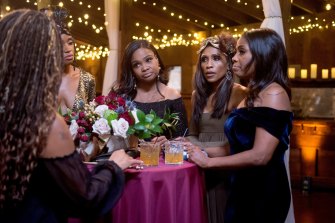 This reality series following female African-American doctors and doctors' wives has a wide lens, covering everything from the most vacuous consumerism to stirring examples of women working hard to advance their careers for altruistic reasons. You might not expect a doctor to begin the seventh(!) season of the show with an unscientific Gwyneth Paltrow-style vulva-steaming but, to be fair, Dr Heavenly Kimes is a dentist, so her area of expertise lies at the other end of the anatomy. Part of Hayu's enormous reality TV library. 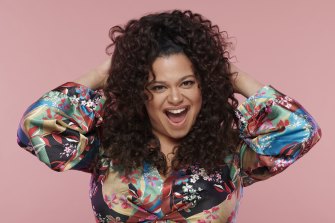 This brilliantly cast and surprisingly addictive reality show puts a new twist on the old popularity-contest format. It sticks a diverse bunch of young Americans in an apartment building, but doesn't let them meet each other in the flesh while they're still in the game. All their interactions are conducted via an in-house social-media app, with the eventual winner taking home a cool $US100,000 ($145,000). The contestants' first dilemma is whether to play as their true selves or to use borrowed photos to create a fake persona.

* Stan is owned by Nine, the publisher of this masthead.

'Good Morning America': Why Alex Rodriguez Is No Longer a Contributor