Samantha Armytage fired a broadside at the media during her tearful final remarks as the co-host of Seven’s top-rating breakfast show.

“I do want to say that I never fully understood some of the scrutiny, and the snarkiness and the bullying from some aspects of the media,” the now former Sunrise host said on Thursday.

“But today, we move on from that. Because there is a new chapter starting and it has been overwhelmingly a good experience in my life. Most of all I thank all of our viewers. You are just wonderful people. There are so many lovely people out there – so many more lovely ones than the nasty ones.” 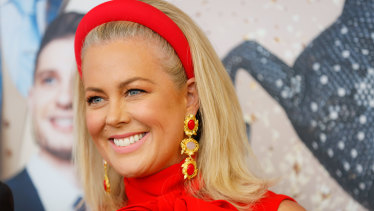 Samantha Armytage has signed off from Sunrise for the final time. Credit:Getty Images

It was a fitting – and unsurprising – sign-off given Armytage’s tumultuous relationship with the press in recent years.

Armytage announced her resignation live on-air Monday morning, saying she wanted a break from public life given recent developments in her personal life including the death of her mother and marriage to millionaire businessman Richard Lavender.

Thursday’s send-off was relatively stock-standard as far as television farewells are concerned. There were montages of Armytage’s eight years with Sunrise, including emotional scenes of her covering bushfires and floods. The lighter moments were there, too: including the time she mispronounced the Cook Islands (your mind doesn’t have to wander far), was pushed off a cliff in New Zealand and had cockroaches poured over her live on TV. There was also video call with Armytage’s sister and niece, who are based in London.

Lavender joined Armytage on set during the second half of the program to talk about the start of their romance.

“I remember seeing her [at a friend’s birthday party] and I got this really nice sort of feelin and I thought, that’s my girl,” he said. “It sounds corney, but it’s true. She’s wonderful. She’s a great family girl which is also very important to me.”

Armytage said the couple do not have much planned for the coming weeks but a trip to Europe might be on the cards once international borders re-open.

“This is genuinely me taking a break for the first time in 22 years since I left uni,” she said. “We’re doing a lot of gardening. It’s not very glamorous.”

Prime Minister Scott Morrison made an appearance to spruik his government’s tourism package and also recorded a video message wishing Armytage all the best There were also tributes from NSW Premier Gladys Berejiklian and Queensland’s Annastacia Palaszczuk.

Seven chairman Kerry Stokes offered his well-wishes and stressed the presenter would stay on with the broadcaster in some capacity.

“It’s not goodbye,” he said in a statement read out by David Koch. “Sam will continue to be part of the Seven family and we wish her the very best in her new life with her husband Richard.”

And with the clink of champagne flutes, it was all over – with viewers still in the dark as to who will be sitting beside Kochie for the rest of the year. But in the ratings-fuelled, edge-of-your-seat nature of commercial television, would you expect anything less?

Shailene Woodley & Aaron Rodgers Have Been Engaged For 'A While'! She Confirms Whirlwind Romance & Shows Off The Ring!