A formerly homeless high school football star who was banned from playing the sport he loves for nearly two years made a triumphant return to the field this season thanks to the support of his community.

“It’s a blessing to be in this uniform again,” Jamal Speaks, 18, a high school senior from Washington, D.C., told local ABC News affiliate WJLA-TV. “I just want to play ball.”

Speaks was sidelined from taking the field because he was declared ineligible, all because he didn’t have a permanent home address.

He had been living at local youth shelters.

Speaks was set to showcase his skills to colleges coaches and scouts when his Ballou High School principal, Willie Jackson, made the call to bench him because of the possible residency violation.

Then, in a dramatic show of love and support, his teammates staged a 45-minute protest, refusing to take the field without Speaks. 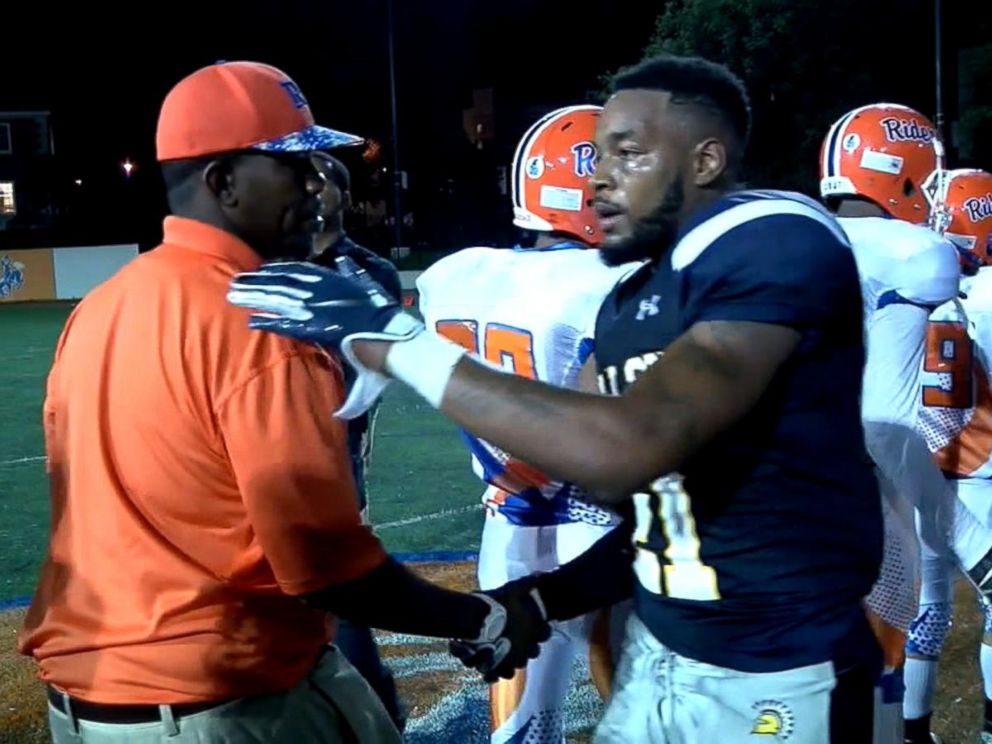 Online, a local city councilman set up a GoFundMe page to raise money for the homeless youth. It has garnered nearly $25,000, well above its initial goal of $5,000.

“Sometimes what we think is a negative situation, God turn out to be, make it to be a good situation,” Council member Trayon White told WJLA-TV.

One community member, Kathy Weathorford, was so inspired by Speaks’ story that she donated $10,000 to the fund.

“I wanted to do something that would really help him get to where he wanted to go,” Weathorford told WJLA-TV.

Meanwhile, Speaks said he is touched by his community’s outpouring of support.

“I love y’all. Thank you all so much,” he said. “I just want to say that from the bottom of my heart.”

Speaks also said he has received offers from several schools to play football next year.