‘I killed the chicken, bye chicken’: Teenager, 19, with Tourette’s syndrome who’s become a viral sensation is seen throwing eggs over her shoulder while baking as she pokes fun at her condition

A young woman with Tourette’s syndrome has embraced her condition by sharing a video showing the challenges she faces while baking with her family.

Jade O’Connell, 19, from New Zealand, started to develop the condition, which causes repetitive movements, sounds, or tics that can’t easily be controlled, at the age of 14.

The teenager began uploading cooking videos to YouTube last month after going viral on TikTok, making videos both poking fun at and educating others about her Tourette’s.

Although her first video was posted in May, Jade already has 86,800 subscribers on Youtube and her latest video called Baking With Tourettes and My Family! of her making a pavlova has racked up 77,000 likes and over 2,000 comments. 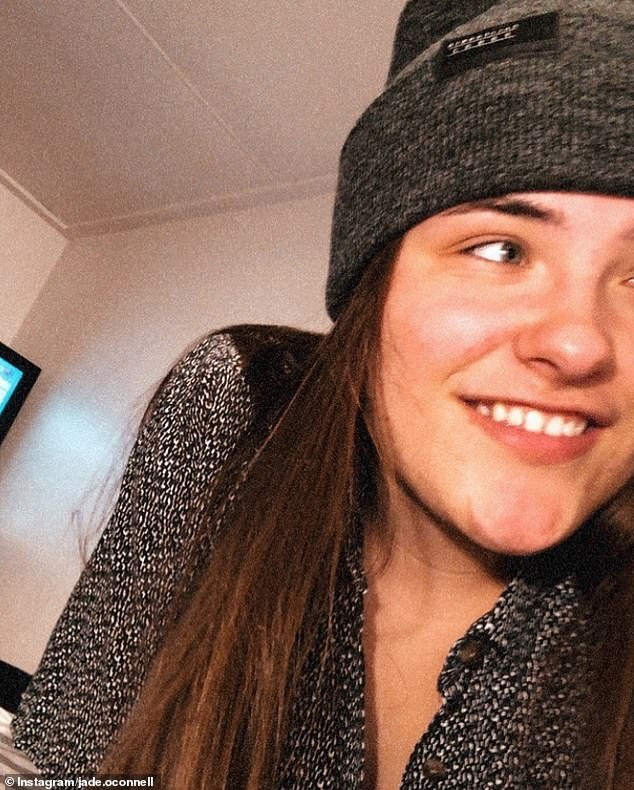 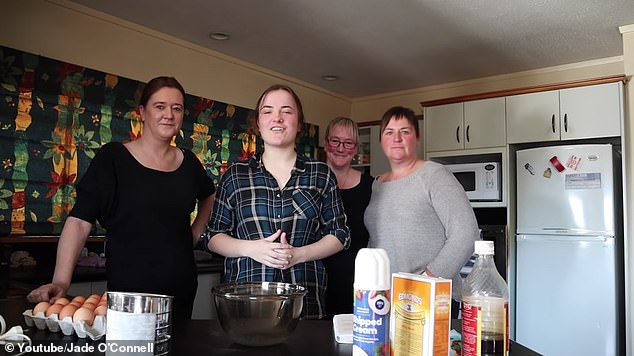 Her latest YouTube video called Baking With Tourettes and My Family! of her making a pavlova has racked up 77K likes and over 2,000 comments

The video begins with Jade saying: ‘I’ve got Tourette’s and I’m here with my two aunts and my mums and we’re making pavlova, this is my nana. Jade then experienced a tic and exclaimed: ‘She’s ugly!’

During the video Jade was seen breaking several eggs, nearly throwing one at her aunts face and at one point throws one over her shoulder proclaiming: ‘I killed the chicken, bye bye chicken.’

Jade’s family were seen laughing along as she threw eggs on the carpet and the ceiling and splashing water with a spoon saying ‘it’s raining’.

The teen’s mother Teresa intervened while adding vinegar, however one of Jade’s tics caused the bottle to be spilled across the kitchen top soon after – but remained in good spirits. 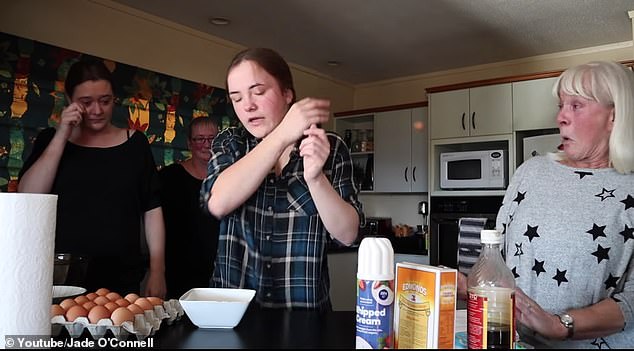 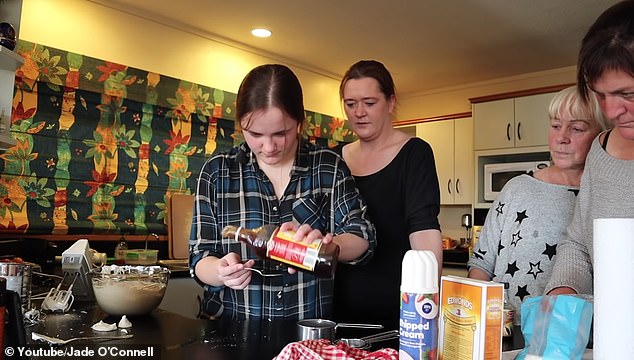 The teen’s mother Teresa intervenes while adding vinegar, however one of Jade’s tics causes the bottle to be spilled across the kitchen top soon after

WHAT IS TOURETTE’S SYNDROME?

Tourette’s syndrome is a neurological condition characterised by a combination of involuntary noises and movements called tics.

It usually starts during childhood and continues into adulthood. Tics can be either be vocal or physical.

Tourette’s syndrome is named after the French doctor, Georges Gilles de la Tourette, who first described the syndrome and its symptoms in the 19th century.

There’s no cure for Tourette’s syndrome, but treatment can help to control the symptoms.

Next Jade was seen accidentally adding too much vanilla before throwing cornflower into the air and saying ‘snow’.

Once the pavlova had come out the oven, the mother and daughter began adding whipped cream, prompting Jade to say ‘semen’ before Teresa teased Jade asking ‘Why are they always sexual?’

Jade’s other videos include doing her cousins make up, baking brownies with her brother and trying out Gordon Ramsey’s 10-minute cooking challenge. 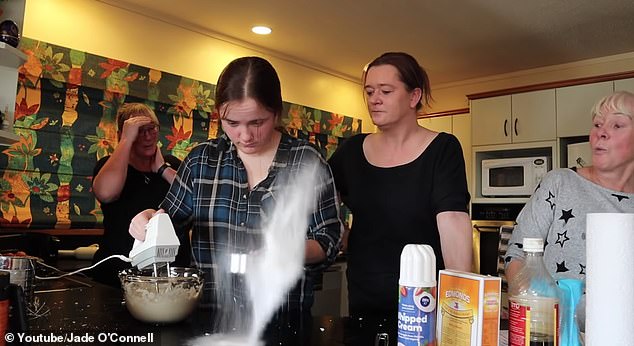 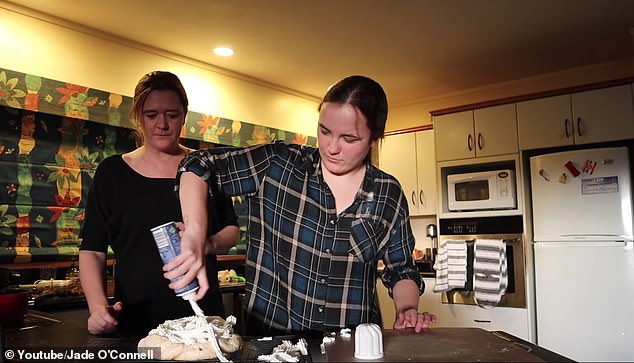 Once the pavlova had come out the oven, the mother and daughter began adding whipped cream 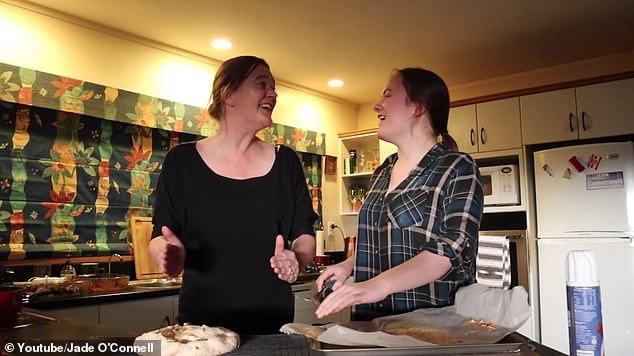 The teenager has spoken about spreading awareness of the syndrome, insisting that while many with tics or Tourette’s are ’embarrassed’ being ‘confident enough’ to share experiences can positively impact others with the condition.

In one of her Tik Tok videos she says: ‘A lot of people in the world have Tourette’s and I know a lot of people with Tourette’s are embarrassed about their tics and try to hide or suppress it for most of their lives.

‘So is someone is able to be confident enough to share their experience and spread awareness about it, that’s f**** great.

‘The fact that there’s more and more people out there with tics coming forward means that it’s working.

‘Watching someone suffer something similar to you can really help it makes you feel less alone and makes you think they’re still doing great.’

Gayle King questions whether Queen was ‘blindsided’ by Harry and Meghan