Just a few weeks before he could graduate from high school in 1943, Donald Huisenga was drafted into the U.S. Army to fight in World War II.

Almost 79 years later, the 98-year-old from San Angelo, Texas, was finally able to get his high school diploma earlier this month.

It all started in November, when Huisenga met with Tess Gooding, a social worker at the West Texas VA in San Angelo. During their meeting, Huisenga mentioned that he had never received his high school diploma, something he had regretted for years.

He was drafted in March 1943, about six or seven weeks before his scheduled graduation. 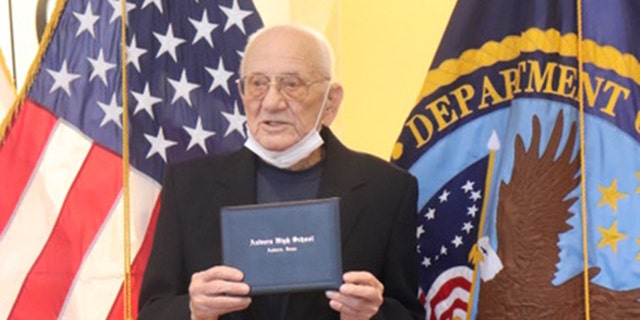 Donald Huisenga, 98, received his high school diploma on Jan. 5, 2022, almost 79 years after he was supposed to receive it in the spring of 1943.
(Courtesy of Beth Litterer) 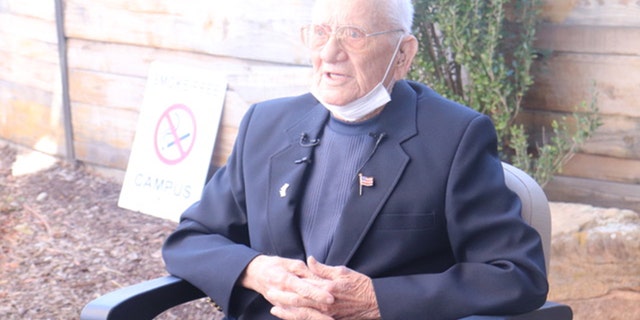 Huisenga was drafted into the Army in March 1943, about six weeks before he was supposed to graduate high school in May 1943.
(Courtesy of Beth Litterer)

During his service in World War II, Huisenga parachuted out of a plane and became a prisoner of war, Gooding told Fox News. According to the San Angelo Standard-Times, he spent eight months in a German POW camp.

The newspaper reported that Huisenga served in the Army from 1943 to 1945. After his service, Huisenga returned to civilian life in the U.S., but never got his high school diploma.

That changed after his initial conversation with Gooding. The same day she met with Huisenga, Gooding called the East Sac County High School in Lake View, Iowa, which had replaced the school that Huisenga attended in the 1940s – Auburn High School.

Gooding asked if the school would be able to help Huisenga get his diploma and Principal Kevin Litterer immediately agreed to help.

“When Donald reached out to Tess and Tess reached out to me, the principal inside me said: ‘Everybody who wants a diploma and really wants it, should be able to get one,’” Litterer told Fox News Digital.

Litterer said that right away, school officials started trying to track down a high school diploma from Auburn High School from 1943 so that Jostens, the company that does the school’s graduation materials, could make a replica of a 1943 diploma for Huisenga. 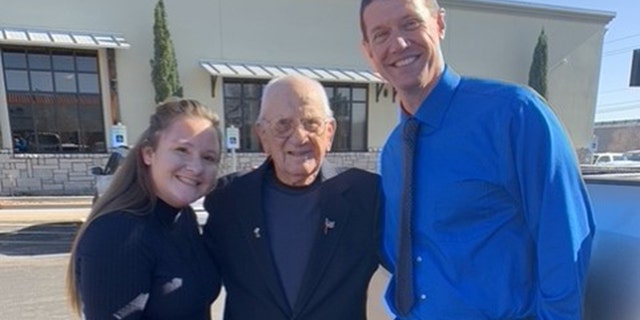 In November, Huisenga told Tess Gooding (left), a social worker at the West Texas VA in San Angelo, that he had always regretted not graduating from high school.
(Courtesy of Beth Litterer)

Litterer also asked the school board and the superintendent if they would recognize Huisenga as a high school graduate in the state of Iowa. The board voted yes unanimously.

While that was happening in Iowa, Gooding was helping Huisenga get his health care in order so he could attend a diploma ceremony. Gooding told Fox that Huisenga needed a new hearing aid and a cardiology appointment to have the batteries on his pacemaker replaced.

Within just a few weeks, he was able to get everything sorted, Gooding said. 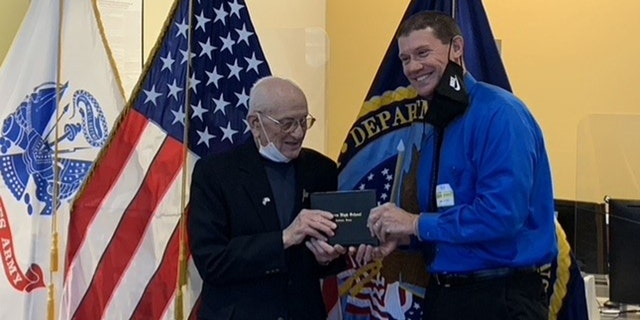 Letterer even drove down to Texas from Iowa to present Huisenga with his diploma on Jan. 5.
(Courtesy of Beth Litterer)

“So many things had to come together and time up perfectly and I’m just so thankful for the way that it played out,” Gooding said.

“All that happened with such ease and I think that’s just the best part of all of this,” she added. “It was such a team effort and all of it went off without a hitch. And it was just one of those moments where everybody was onboard, everyone did their part and went above and beyond what was expected of them to make it happen.”

One of those people was Litterer, who drove down to Texas from Iowa to present Huisenga with his high school diploma. The ceremony took place on Jan. 5 at the San Angelo VA Clinic.