Home » Lifestyle » The Battle of the Hollywood Chrises Continues: Find Out Which Chris Is Winning Now

Over the weekend, Twitter was buzzing about who the best Chris was in Hollywood. From Chris Evans to Chris Hemsworth to Chris Pine, find out who made the cut. 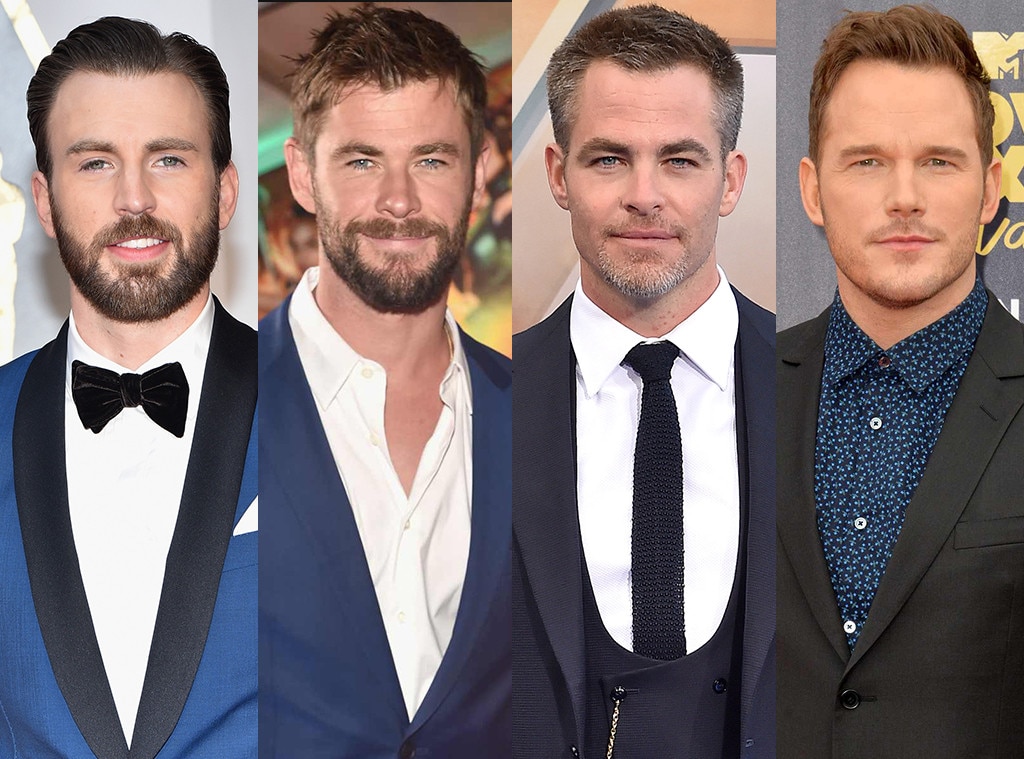 Over the weekend, Twitter was buzzing about who the best Chris in Hollywood was. Here's how it all began: Screenwriter and television producer Amy Berg shared headshots of Chris Evans, Chris Pine, Chris Pratt and Chris Hemsworth.

"One has to go," she simply captioned her now-viral post on Saturday, Oct. 17. Shortly after her tweet, the hot topic spread like wildfire with many wanting to give the Guardians of the Galaxy star the boot.

One Twitter user joked that Pratt "was banished from Chris Island years ago." Another commenter replied, "Y'all know the answer is always Pratt," with someone else chimed in, "Pratt can suck it."

In fact, Chris Messina and Chris Pang have been inducted into the Chris Hall of Fame to replace Pratt. "chris pratt is out, chris messina is in for a 16 month trial run," another Twitter user quipped. With someone else adding, "Get rid of Pratt and put in Chris Pang. Then it's a real contest."

Of course, there are plenty of Chrises in Hollywood who could easily be at the top of the list, including Chris Rock, Chris Tucker, Chris O'Dowd and more.

Now, it's your turn to weigh in on this battle in our poll below. Cast your vote and decide for yourself who the best Chris is in Hollywood.

At this time, none of the Chrises mentioned on Twitter have yet commented on the viral posts.

Country house with secret 58ft fairytale tower surrounded by wildflower meadows could be yours for £1.3m

'LPBW': Matt Roloff Said He Wants Both Jeremy and Zach Roloff to Take Over Roloff Farms