Home » Lifestyle » The Weekend review: One woman show is a world beyond addiction 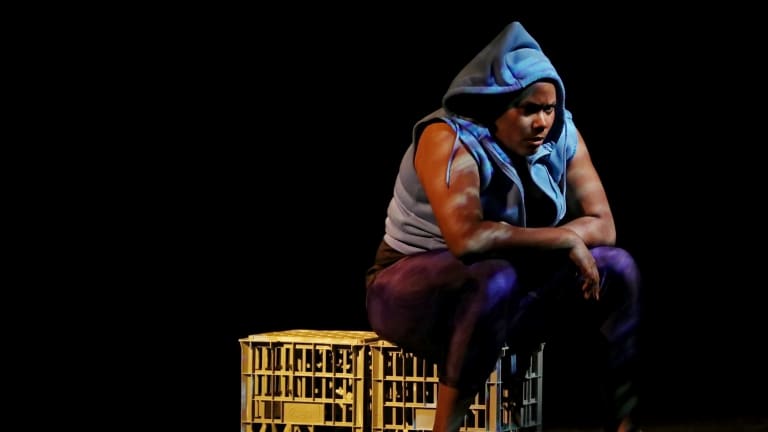 Everyone is addicted to something, whether smartphones, religion, shopping or sex. In The Weekend assorted drugs and alcohol are the addictions of choice. First-time playwright Henrietta Baird is non-judgmental about this. Like the rest of us, her characters are just trying to cope. Lara is addicted to Simon, the father of her two boys. Although we never meet him, we swiftly learn that he is at least as destructive a force as drugs are in the lives of others. 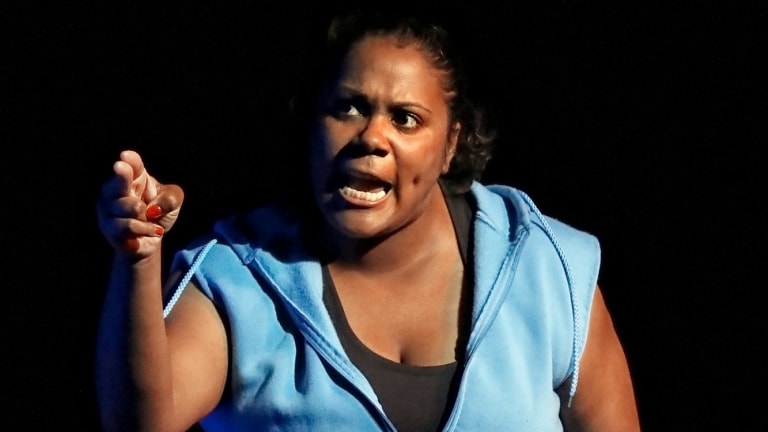 Shakira Clanton’s character “Lara” is addicted to the father of her two sons.Credit:Prudence Upton

Baird has penned a one-woman show, demanding sufficient virtuosity from Shakira​ Clanton​ to play not only Lara, but to craft six further characters – male and female, adults and children – with variations of voice, face and body. Lara is both narrator and protagonist, and it is in the rich tradition of the storyteller that Baird roots her play, thereby giving us Lara's perspective on the multiple characters she plays, with her attitudes to these others as the storyteller defining her as much as her actions and dialogue.

They are people Lara encounters during a weekend back in Sydney, trying to locate Simon, who has abandoned their sons while she was working in Cairns. Feisty, angry, worried, jealous and frustrated, she is also tolerant, loving and, ultimately, sweet-tempered. She just shacked up with the wrong person. A big club, that one.

The piece begins with an overly long routine (choreographed by Vicki Van Hout​) that serves to identify Lara as a dancer by trade, and also draws our attention to the music. Created by Nick Wales and Rhyan​ Clapham, this subsequently – as an astutely sparse underscore – plays a vital role in sustaining a sense of energy and impetus: danger zones in any one-person show. As it is, Baird still compromises her momentum with Lara and Ronnie, a rough-diamond drug dealer, filling in back stories to an unnecessary degree. We get the prior hardships without having every "t" in "fight" and "i" in "unfit parent" crossed and dotted.

Directed by Liza-Mare Syron​, Clanton​ brilliantly transforms herself into Ronnie's toughness, DD's preening smugness as a low-grade prostitute, Betty's meth-addicted mania, and, with especial charm, her two young sons, Charlie and Kyle – who just may be worth a world more than Simon. A companion piece from the latter's point of view would make an intriguing double-bill. 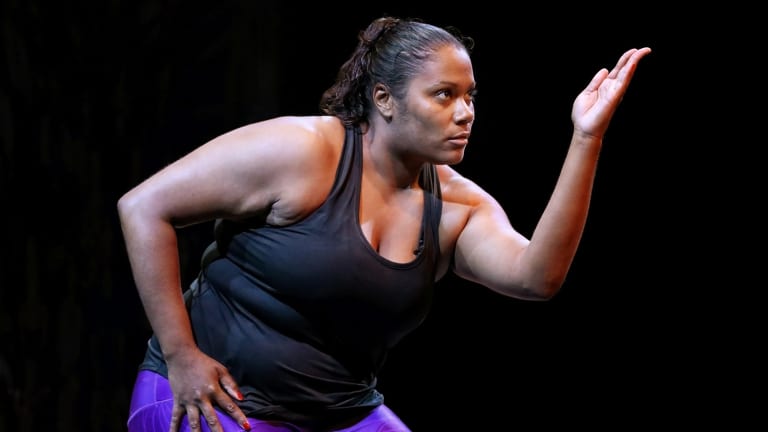 Shakira Clanton is exceptional in The Weekend.Credit:Prudence Upton