Home » Lifestyle » There were three of us in the relationship: Him, me and the bottle

There were three of us in the relationship . . . Him, me and the bottle: Louisa Young on the struggle of loving a man battling alcoholism

BOOK OF THE WEEK

The novelist Louisa Young’s dedication in her memoir is ‘For everyone who has found themselves here’. The ‘here’ of You Left Early is both all-encompassing and particular.

You will relate to her beautiful but, yes, sobering story if you have ever fallen in love and been loved; if you are musical or a lover of music; if you have cherished someone and lost them; if you have considered suicide or known someone who has been sucked into its undertow; if you have struggled with addiction or loved an addict.

Young’s great love was the composer (or decomposer, as he liked to joke) Robert Lockhart, whom she first met at Oxford University, when they were both 17 (he a precociously gifted music scholar, she still a schoolgirl; he pale and interesting, she more ‘pink and interested’); a man she says she was half in love with for half her adult life and fully for the rest. 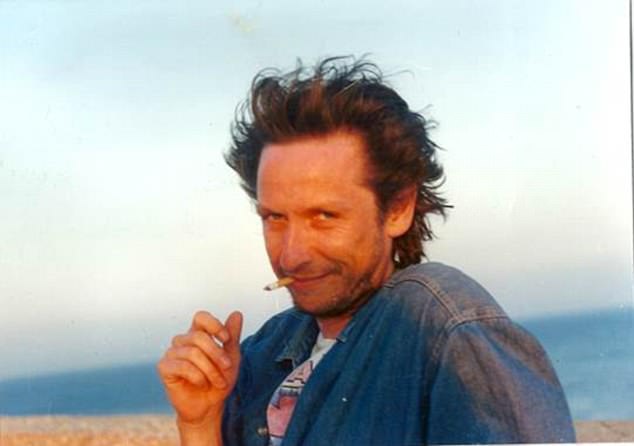 He died at the age of 52 — after so many grim struggles had been overcome — in the most bathetic way possible: by Sunday roast in a gastropub, the roast beef and Yorkshire pudding ordered by a man who knew, with half a throat removed by surgery, that swallowing solid food would cause him to choke and die.

There were always three in this relationship, and the third party was alcohol. The posh girl from Kensington and the working-class hero from Wigan were sleeping together but they seemed to spend a lot of time saying they were not boyfriend and girlfriend.

There were plenty of other women, but Lockhart’s most constant companion (to mimic his endless nicknaming) was Boozie La Belle. She said that there were always three in this relationship, and the third party was alcohol

Young is great at capturing the youthful electrifying moment when the object of your crush turns his gaze on you.

This is how she describes the state of being Lockharted (his womanising talents were so legendary they demanded a verb): ‘When you were on the sofa with him, the focus of him, getting all of it . . . there was a tendency to go “Whoa!” and fall into the tidal wave.’

She writes about him, and her first magnetic attraction to him from afar, in terms more often used by men to describe women: he was ‘gorgeous’ and ‘incandescent’.

The writing is both lovely and, later, when he is in hospital, forensic: Joan Didion with a scalpel. He looks, as he ages, a bit Ted Hughes: ‘all crag and stoop’. 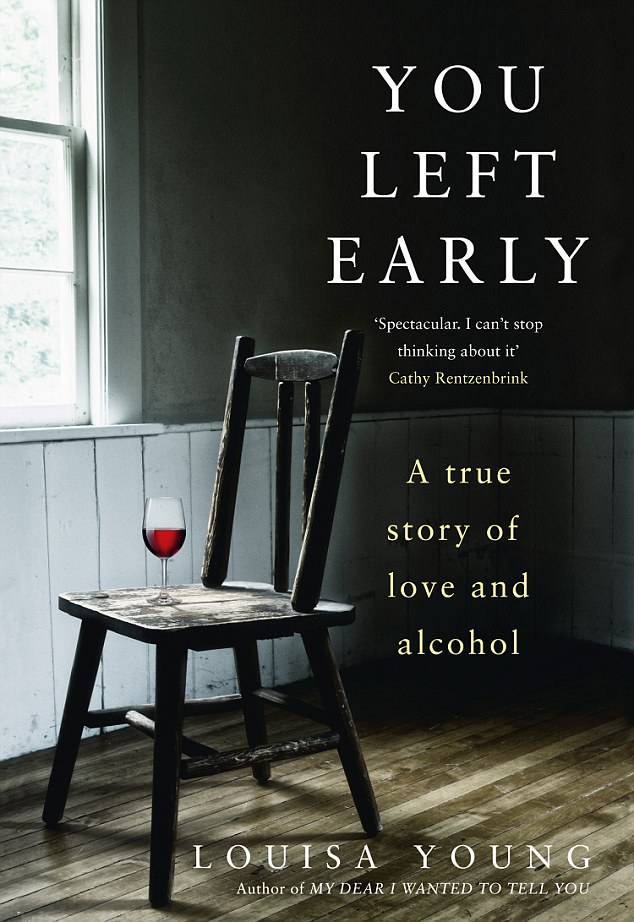 The heartbreaking tale was covered in her book ‘You left too early’ (pictured), which has been described as touching and lovely

Her memoir is gloriously saturated in music. In the car on the way to a stint in rehab, the wood pigeons ‘croon their five-note song of security and comfort’. Their romance was forged over their equal appreciation of, for example, Etta James singing I’d Rather Go Blind — each of them listening to it in separate locations on the radio and then him rushing home to make love to her.

Reading the intimacy and knowledge of his response to music, through the filter of someone who loved him, is entrancing. It must have been thrilling for Young to collaborate with someone so musically exceptional; to have sung Apres un Reve and Clair de Lune ‘with their air of absinthe and green velvet and drippingly emotional Parisian nights’ to his piano accompaniment; to have had him write pieces for the funeral of her beloved father (Wayland, Labour peer Baron Kennet, himself a composer manqué). Enduring treasures to shore up against less uplifting memories. 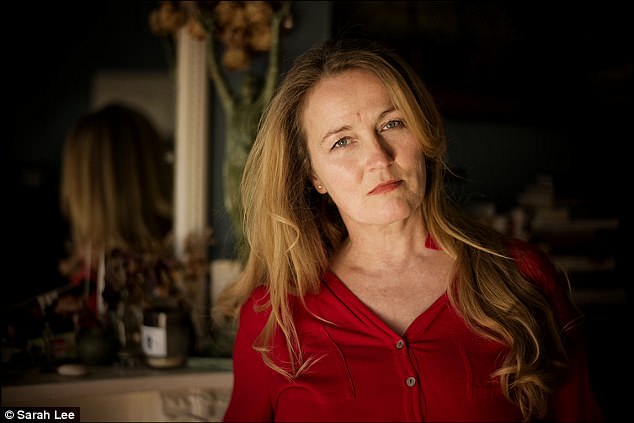 Towards the end of the book, the reader cannot help but feel frustrated and sad for Young.

She has taken in Robert so many times over the final decade of his life — his alcoholism lost him a marriage, access to his son, (almost) a foot, his work, friends, even drinking partners, since he is banned by all his local pubs.

People cross the street to avoid him. She has bathed him, washed his clothes, fed him; supported him through his rehabs; dealt with first a grim alcoholic illness in his relapses (Wernicke-Korsakoff syndrome, affecting memory and the brain) then, after four and a half years of sobriety, throat cancer. 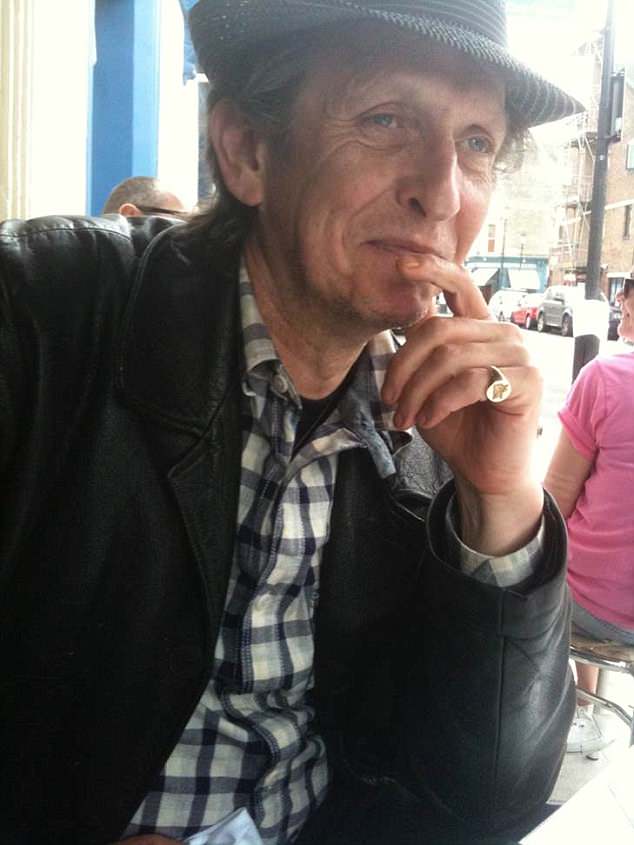 On one occasion — which chilled me with dread, like a thriller, as I read — she leaves his hospital bedside and enters his flat.

The man who swore he had stopped drinking had a lair littered with empty vodka bottles full of his urine, no curtains, no sheets on the bed, piles of newspapers, food she had brought him rotting in the fridge — and still she did not give up on him.

Then she is haranguing him because the least he could do, she argues, after everything she’s done for him, is summon the energy to propose to her — knowing full well that she, being an independent, free-thinking feminist, would never marry a man.

Whereupon Lockhart produces a Victorian diamond ring (he had been planning a romantic ambush on Hampstead Heath) and — no surprise — she rushes to accept.

What was uncanny was that, as I was reading, just as soon as a slightly disobliging suspicion would surface, Young was acknowledging with trademark scrupulous honesty her readers’ doubts before warding them off. 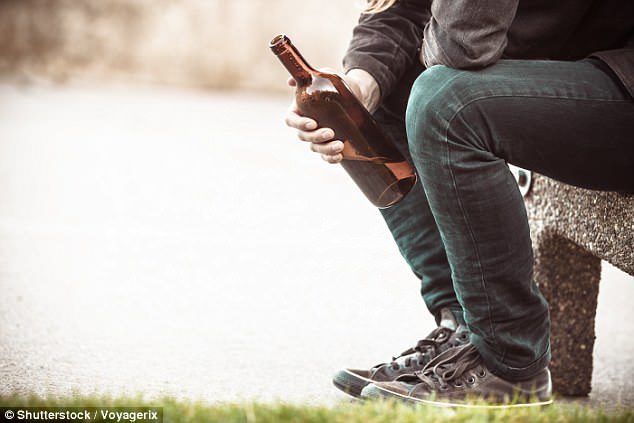 Does she only get her man, you ask, when he is half the man he once was? And there she is, as though writer and reader are in some sort of silent communion of empathy: ‘So he had only got round to proposing because of the illness: so what? It was a glory to be snatched from the teeth of . . . other possibilities.’

Equally, just when one is feeling there is perhaps something selfish about Young devoting so much energy to her unsuitable alcoholic lover while her daughter, Lola, was suffering panic attacks and had given up piano because of him, there she is again: ‘Yes, of course I was thinking how could I have protected her better.’

There is a lot in this memoir to admire, including the writer herself. You learn a great deal about addiction and its context at a time when even our prevailing culture — and let’s not be in collective denial — is alcoholic.

But it is, at heart, an old-fashioned love story.

Lockhart did not live long enough to marry Young, but she certainly carried out her wedding vows, loving and caring for him with tender steadfastness, mostly in sickness and, for far too short a time, in health. It is good to read, six years after his death, that she has found love again: ‘Grief and love entwine like roses, and never die. They remain with the old and encompass the new . . . Life does go on.’

15 Useless Body Parts You Could Totally Live Without

Ron Masak Dies: ‘King Of Commercials’ And ‘Murder, She Wrote’ Actor Was 86

Where Tiffany Haddish Wants to Keep her Emmy Award