They’re gorgeous, yes, but it’s obvious that the media loves this power couple for more than being really ridiculously good-looking. Former New England Patriots quarterback, Tom Brady, and Brazilian supermodel, Gisele Bündchen, have both carved out incredibly impressive careers for themselves. This February, Brady will head into his 10th career Super Bowl (and his first with the Tampa Bay Buccaneers). Bündchen, now retired, has modeled for countless ad campaigns, magazines, and fashion shows. So how did this seemingly no-brainer perfect union form? Tom Brady and Gisele Bündchen’s relationship timeline may surprise you.

After three kids and more than a decade of marriage, Brady and Bündchen only seem more loved-up than ever, though the two did go through a bit of a rough patch. During an April 2020 appearance on Howard Stern’s Sirius XM show, Brady confessed to letting his work get in the way of his family time. "A couple years ago, she didn’t feel I was doing my part for the family," the QB said of his wife, adding, "She wasn’t satisfied with our marriage, so I needed to make a change in that." Together, these two have overcome several challenges and career changes, and here’s everything you should know about their romance from the very beginning.

Brady may have been in a relationship with Bridget Moynahan when he was introduced to Bündchen in December 2006, but the two still felt sparks. "We met through a friend," Bündchen told Vanity Fair in March 2009. "The moment I saw him, he smiled and I was like, ‘That is the most beautiful, charismatic smile I’ve ever seen!’ We sat and talked for three hours." In a February 2020 IG post, Brady revealed that first meeting took place at Turks & Frogs, a wine bar in New York City’s West Village.

They Almost Broke Up In February 2007 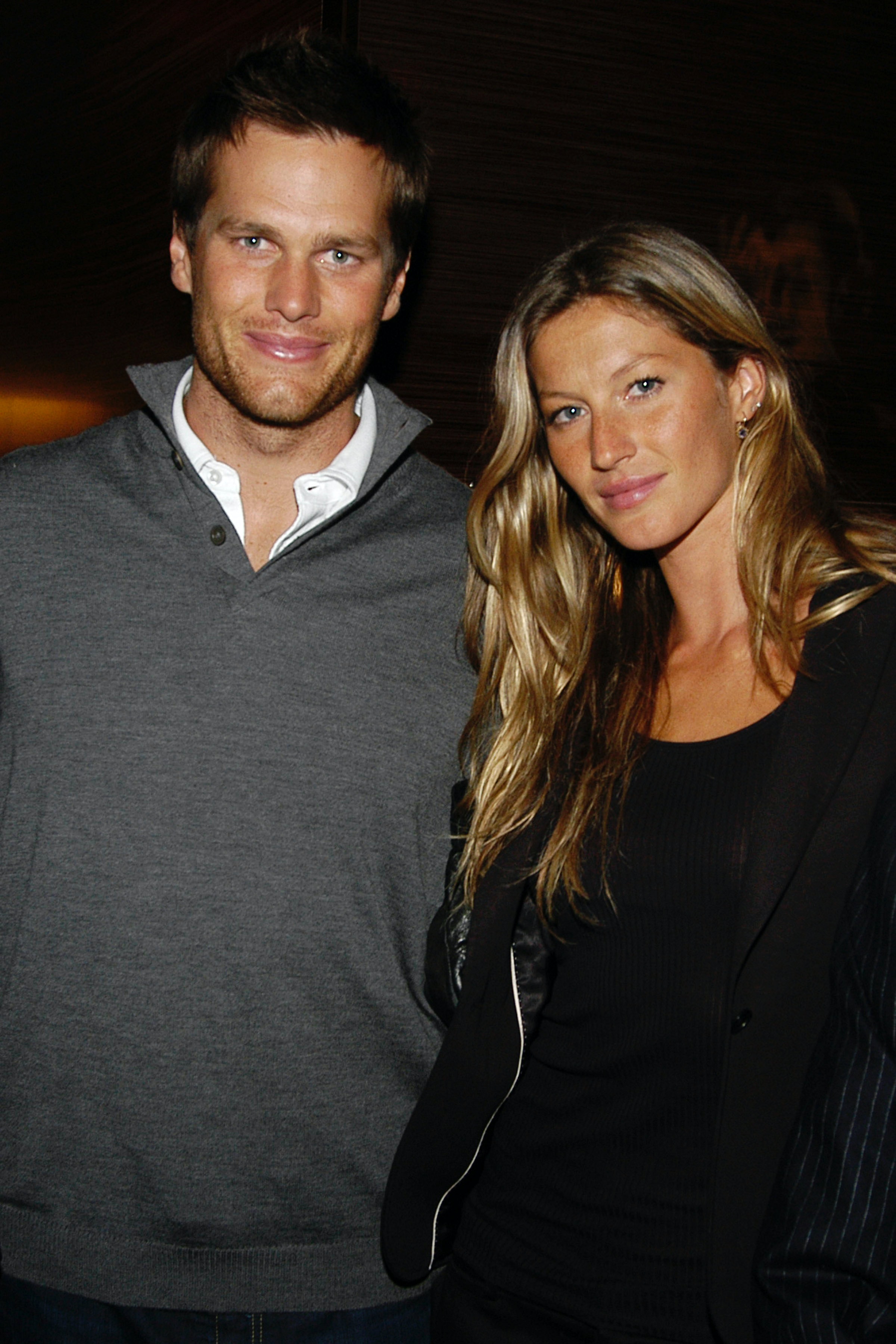 Just a few months into Brady and Bündchen’s new relationship, Brady’s ex Moynahan announced she was pregnant with Brady’s baby. According to Bündchen, she briefly considered ending her romance with Brady after hearing the news. "It was a challenging thing because here I am, you know, thinking, I’m dating this guy, we met, and we started dating and everything is great and then this happens," Bündchen told CBS This Morning’s Charlie Rose during a November 2015 interview. "So, then I felt like I didn’t know what to do. It was kind of one of those moments of like, ‘Do I just run away?’" Luckily, Bündchen decided to stick by Brady’s side.

Looking back, the model said dealing with the challenge only made her relationship with Brady stronger. "I think it was a blessing, because otherwise I don’t think I would have known what he was made of, and he wouldn’t have known what I was made of," she told Vanity Fair in March 2009. "I wouldn’t have seen the integrity in him — the way he was a good person through all the times. I was like, ‘You have the heart in a good place!’ It made me feel more in love with him; it made me realize who he was. Our relationship has become so much stronger, and I think I wouldn’t be as certain as I am today if it weren’t for that."

On Aug. 22, 2007, Brady welcomed his first son, John "Jack" Edward Thomas Moynahan, who Bündchen lovingly refers to as her "bonus child." As she wrote in her 2018 memoir, Lessons: My Path to a Meaningful Life, "[He made] my heart expand in ways I didn’t know was possible."

They Got Engaged In January 2009 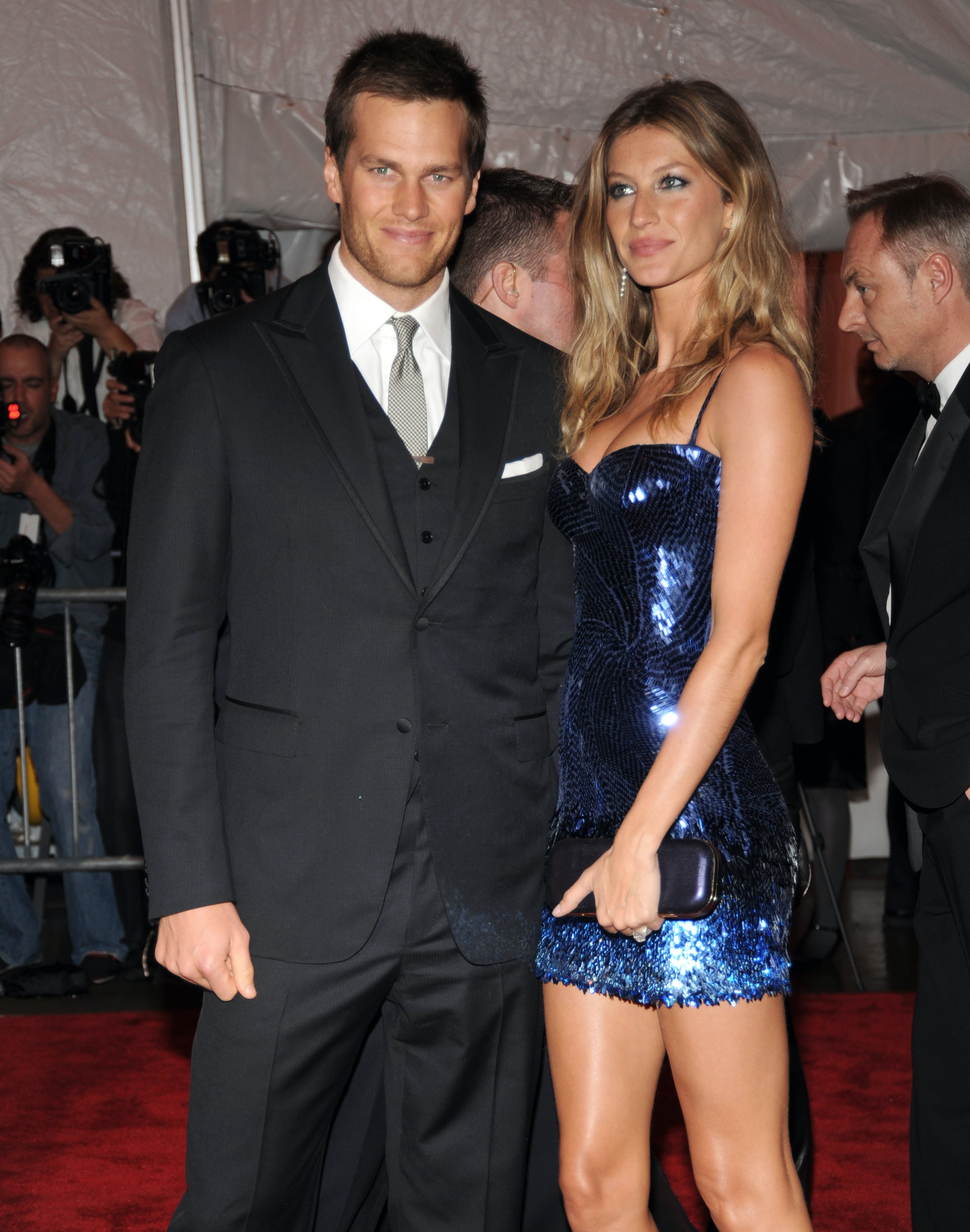 After just about two years of dating, Brady popped the question in January 2009. Bündchen later told Vogue the story of how the proposal went down. "When he proposed to me, he made up this whole story how my apartment was flooding, and I ran over to fix the situation," Bündchen said during a June 2018 episode of in Vogue‘s "73 Questions" series. "When I got there, the whole apartment had candles and rose petals everywhere, and then he went down on his knees to propose, and I’m like, ‘Get up!’ because he just had surgery and had three staph infections. And I was like ‘What are you doing?’ He’s like, ‘I gotta go on my knees,’ and I’m like, ‘No, no, no! Get up, please!’"

They Got Married In February 2009

Apparently, the two couldn’t wait to celebrate, because they tied the knot just about a month after getting engaged. On Feb. 26, 2009, Brady and Bündchen got married in a private ceremony in Santa Monica, California, and Brady later told GQ in November 2009 that the wedding only took 10 days to plan. "I think you always have this idea that weddings need to be 200 people and you invite everybody, and I’m all for it if people want to do that, but I think there was really something special about just having our parents there," he added.

A few months later, the couple had a second celebration in Costa Rica (where they own a house) with extended family members.

They Welcomed Their First Son Together In December 2009 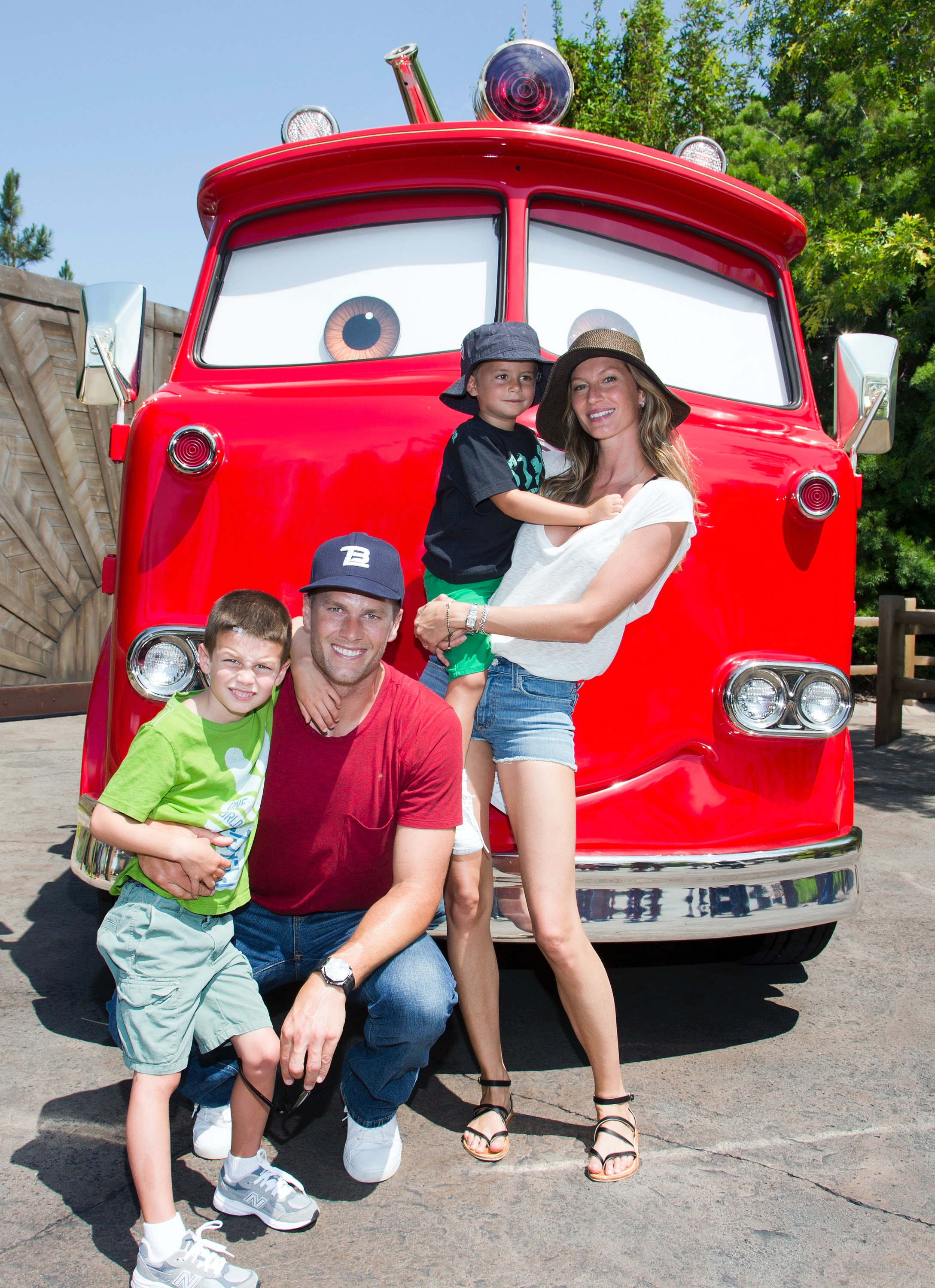 On Dec. 8, 2009, Brady and Bündchen welcomed Benjamin Rein Brady, their first son together.

They Welcomed Their First Daughter Together In December 2012

They Reportedly Faced Martial Issues In 2015

Shortly after Bündchen’s retirement from her 20-year modeling career, Brady faced some trouble in his own career. In May 2015, the NFL suspended Brady and hit the New England Patriots with a hefty fine for allegedly using partially deflated footballs in the 2015 playoffs. A source for Us Weekly reportedly claimed the suspension put tension on Brady and Bündchen’s relationship. "Things are very tense right now," the source reportedly claimed in September 2015. "This could be the end of them."

However, Brady quickly put those breakup rumors to rest. During an interview with Boston radio station WEEI 93.7 FM that same month, Brady said, "We’re in a great place, I’ll just say that. I’m a lucky man. I’ve been very blessed with support from my family and certainly her, and there’s no bigger supporter that I have than her and vice versa. I’ve been very blessed to have an incredible relationship with my life partner, and I don’t think anything will ever get in the way of that."

Brady Signed With The Tampa Bay Buccaneers In March 2020

Soon after celebrating their 11-year wedding anniversary, the couple experienced a major life change when Brady signed a contract with the Tampa Bay Buccaneers after spending 20 seasons with the New England Patriots. Soon after, the family relocated from Boston to Tampa, and though it’s likely taken some adjusting, I have a feeling Brady and Bündchen can handle it.

Keep on being adorable, you two.

Editor’s note: This story has been updated to reflect recent developments in their relationship.

This article was originally published on Jan. 30, 2018

Josh Duggar Attempts to Pin Sex Crimes on Co-Worker: Will It Actually Work?