A Labor government would commission the federal Treasury to model the cost of climate change to the national economy as new details of the government’s own net zero emissions plan show it needs massive new gas fields requiring billions of dollars of investment.

In a break from the Coalition, which sidelined Treasury from modelling its net zero by 2050 plan, Labor plans to direct the department to not only cost the impact of climate change to the economy but also the federal budget. 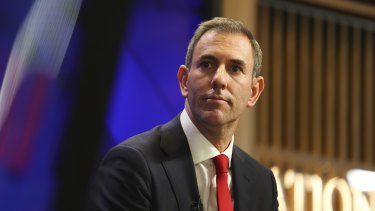 Labor’s Jim Chalmers says he would direct Treasury to model the impact of climate change on the economy and budget.Credit:Alex Ellinghausen

Last month, Treasury secretary Steven Kennedy confirmed it had been “years” since the department had been asked to provide climate change modelling. Prior to 2013, Treasury was heavily involved in the modelling of climate change’s impact on the Australian economy, but that work has not been done for the past eight years.

The government’s modelling supporting its current plan was carried out by the Industry Department and consultancy group McKinsey. Treasury’s contribution was on the so-called interest rate premium risk if Australia did not commit to net zero by 2050.

That modelling assumes the gas industry will be 13 per cent larger by 2050, with industry experts saying to meet that target new gas fields will need to be developed to replace the existing Australian projects that will be exhausted in coming decades.

Labor says it would seek comprehensive modelling by Treasury that would cover the impact of climate change on economic growth, the composition of the economy and its impact on the budget. Government debt last week reached a record $857 billion.

It will also feed into the intergenerational report that attempts to model factors affecting the federal budget over the next four decades.

Shadow treasurer Jim Chalmers told The Sydney Morning Herald and The Age that no credible economic forecast or responsible government could ignore the risks posed by climate change.

“If we are successful at the election my intention is to ask the Treasury to build into their forecasts proper broad-based modelling of climate risks and to take seriously the jobs, investment and opportunities that could come from cleaner and cheaper energy,” he said. 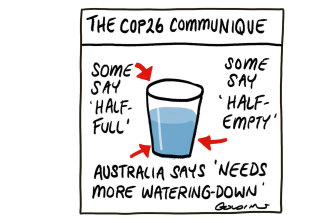 “Despite being in office for close to a decade, the Liberals and Nationals haven’t bothered to ask Treasury for any broad and comprehensive economic modelling of the risks and opportunities of climate change.”

The modelling did predict the Australian gas industry would be 13 per cent bigger in 29 years than it is now. But EnergyQuest chief executive Graeme Bethune said all forecasts for liquified natural gas industry growth are “too optimistic about the long-term outlook”.

“The simple reason is that all of the existing projects are likely to have exhausted their proved and probable reserves by 2050,” Dr Bethune said.

“In the absence of new fields and new projects, Australian LNG exports in 2050 are likely to be zero.”

While demand for LNG – a fuel used in heating, cooking, power generation and manufacturing – is tipped to remain strong for years, its long-term future is less certain. Efforts are underway around the world to reduce the consumption of all fossil fuels, while major gas markets including Japan, South Korea and China have enshrined net-zero emissions goals as part of the accelerating push to arrest climate change.

The Reserve Bank this year warned net-zero pledges by the nation’s top LNG customers raised the risk of Australia’s $49 billion-a-year LNG export industry being cut in half by 2050.

Supporters of gas, including the Morrison government, describe it as a necessary “transition fuel” in the green power shift, as a comparatively less-emitting alternative to coal that can keep energy reliable and affordable when weather conditions for wind and solar power are unfavourable. Gas is also used as a raw material in a range of manufacturing processes.

This week’s COP26 Glasgow agreement says signatories agreed to request governments to “revisit and strengthen” their 2030 targets to reduce greenhouse gas emissions by the end of next year while “taking into account different national circumstances” in setting the goals.

Asked on Monday whether he would increase his target for 2030, Prime Minister Morrison emphasised the global deal was only a “request to revisit” and did not mean he would change stated government policy to reduce emissions by 26 to 28 per cent by 2030 on the levels of 2005.

“That is what we’re going to achieve and that is what actually matters. What matters is what you actually achieve and so we are well above our target,” Mr Morrison said while campaigning in Penrith, in the marginal electorate of Lindsay in western Sydney.

Mr Morrison rejected a claim from United Kingdom Prime Minister Boris Johnson that the Glasgow deal was the “death knell” for coal because it included language about a “phase-down” in the use of coal even though there was no pact to phase out the fossil fuel.

Federal Energy and Emissions Reduction Minister Angus Taylor said gas is the “closest thing we have to a silver bullet solution across energy and emissions reduction”.

The government’s Strategic Basin Plans is designed to support private gas projects, including a $224 million in funding for the Beetaloo Basin in the Northern Territory, and is eyeing growth export markets such as South Korea and Taiwan.

The Australian Petroleum Production and Exploration Association said the International Energy Agency expects LNG demand to grow by 28 per cent in Asia under its Stated Policies Scenario.

But the fossil fuel’s future is increasingly under question, with scientists, climate advocates, investors and world leaders arguing gas remains a heavy source of emissions and its role must be urgently reduced, not expanded.

The federal government’s modelling points to new growth markets to replace existing customers, with developing nations in South East Asia the most likely candidates – due to Australia’s proximity to market and global competition from big gas exporters North America and Qatar.

Dr Bethune said existing gasfields on the North West Shelf could run dry by 2028, the Wheatstone by 2033, Prelude and Darwin by 2044 and Ichthys, Gorgon and Pluto/Scarborough by 2049.

Climate Action 100+ works with 615 global investors that have a cumulative $60 trillion in assets under management to engage with the biggest carbon emitters to reduce their emissions. Australian director Laura Hills said it was difficult to be precise about the most “credible” future scenario for LNG, but it looks “pretty likely” global trade would peak in the 2030s, which is why “we’re starting to see investors turning away from these projects”.

A guide to the environment, what’s happening to it, what’s being done about it and what it means for the future. Sign up to our fortnightly Clear Air newsletter here.

What does interred in the Royal Vault mean?

Ex-Trump campaign manager 'threatened to shoot himself and others'

James Bond cast: All the actors in the mix to become the next James Bond