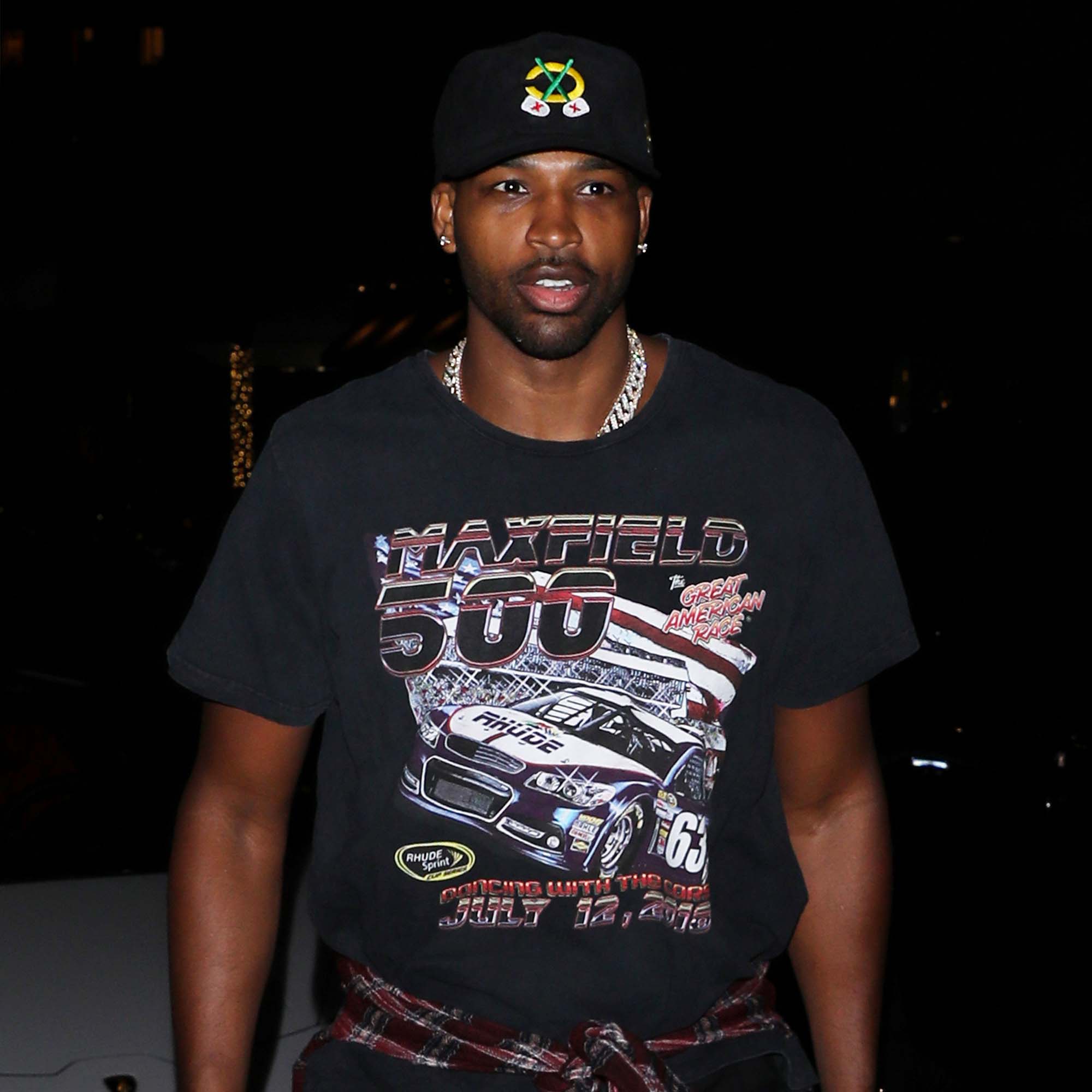 Running from the past? Tristan Thompson shared a cryptic message about growth, hinting at where he’s headed next in his life.

Tristan Thompson’s Drama Through the Years: A Timeline

“Growth requires us to leave something behind,” the Wednesday, May 25, Instagram Story read. “It can be habits, careers, beliefs, even people. Make space for grief in the process of growth.”

The quote continued on, hinting that Thompson, 31, is ready to leave behind his past. “You have to mourn your former life to make room for a newer you,” it read. The NBA player added three emojis of a man running underneath the message.

On Monday, May 23, Thompson’s ex Khloé Kardashian shared a cryptic message of her own via Instagram Stories.

“You never stop loving. Once you love someone honestly, truly, you will never be unable to un-love them,” the quote posted by the 37-year-old Good American founder read. “You only find someone who will love you more. At that time your old love will not feel so strong, but it is a heart, it will never let you forget something that ever made you happy.”

Thompson and Kardashian dated on and off from 2016 to 2021 and welcomed a daughter, True, now 4, in 2018. The Chicago Bulls player’s infidelity during the relationship made headlines on several occasions, most notably when he admitted in January to conceiving a child with fitness model Maralee Nichols while he was still dating the Kardashians star.

Nichols, 31, gave birth to Theo in December 2021. A source told Us Weekly at the time that Kardashian was “shell-shocked and beside herself” to learn that Thompson had fathered a child with another woman. To make matters worse, she heard the news secondhand.

“I found out every time through a sister. I find out with the rest of the world, which is the most offensive part,” the reality television personality said in a Tuesday, May 24, appearance on the “Not Skinny But Not Fat” podcast. “All of it is f–ked up, but can there be a little respect?”

The moment Kardashian learned of her ex’s indiscretions was caught on camera. The Kardashians executive producer Danielle King spoke to Us earlier this month about the intense day on set.

“Well for that particular moment, my crew was there. We were there to film something else early in the morning and the morning that news broke, we legitimately just happened to be there. We have that moment on camera,” King said. “And I know sometimes it’s tough for the audience to kind of grasp like ‘Oh, did they go back and did they capture this?’ But there were so many moments that we genuinely captured just because we’re almost always there. There’s almost always a camera going.”

Every Time the Kardashians Admitted to Photoshopping Their Pics

Despite their ups and downs over the years, Kardashian had some positive things to say about Thompson on the “Not Skinny But Not Fat” podcast. She spoke about the athlete’s “good sides” and said, “He’s always going to be in my life because of True, and he’s a great dad, and that’s all I really need to focus on.”

The Khloé & Lamar alum also revealed that she’s fine living the single life. “I don’t feel lonely. I don’t want to date. I feel like I’m so busy with work. I’m so obsessed with my girl. Like I love being a mom, so I just am busy,” she explained.

Although the former couple didn’t work out romantically, they’re on good terms as coparents. “She [True] FaceTimes him [Thompson] every night and it’s just very, like, cordial. There’s just not drama,” Kardashian said.

What Katy Perry’s What Makes A Woman is really about

From Amazon to Yelp: The companies taking a stand on reproductive rights