Twitter mocks millennial entrepreneur, 22, on $25K a MONTH who avoids Ubers and lives with roommates to save money – and won’t let herself ‘accidentally buy Chanel bags’

Twitter users have mocked the money diary of a millennial entrepreneur who won’t spend $6 on an Uber despite earning $25,000 a month.

Writing for Refinery29, the anonymous 22 year old, who lives in New York with two roommates, revealed she runs an e-commerce store that sells handbags manufactured in China across the globe.

Despite being able to put $20,000 into her savings account every month – in a city where the average monthly salary is a fifth of that – she insists she’s not a ‘baller’. The entrepreneur lives in a shared apartment, for which she pays $1,207 a month in rent, and regularly finds ways to cut costs in her day-to-day life.

The handbag designer, who revealed she has already made ‘more than $600,000 in revenue this year’ at the time of writing her diary, admitted that her frugal lifestyle wasn’t due to a lack of desire to spend, even confessing that she puts such a large sum into her savings account every month so ‘I never feel too flush and accidentally buy a Chanel bag’. 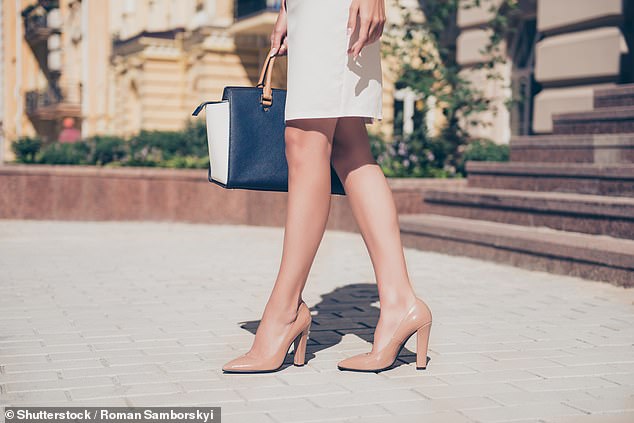 Twitter users have mocked a millennial entrepreneur for avoiding Ubers and living with two roommates despite earning $25,000 a month (file photo)

But despite being fortunate enough to enjoy such financial comfort, the woman is constantly looking for ways to cut back on her spending – and her frugal approach has left social media users baffled, with many questioning why someone earning so much would still choose to share a rented apartment, and scrimp on daily costs.

At one point in the money diary, which details her spending over a week-long period, she reveals that she has been hunting for bikinis from budget retailer Zaful, and opted to buy a $15.99 piece from the brand, instead of perusing some of the many high-priced designer labels she could easily afford.

Even when she does allow herself to splurge on a designer item, she buys it from a ‘pre-loved’ website, spending $707 on a Celine tote bag that would have cost ‘around $1,900’ had she bought it new.

The businesswoman also decides against a $300 in-salon hair treatment because she discovered on Google that she is able to buy the product used in the treatment from Sephora for just $28, and regularly opts to take public transport instead of Ubers – even when they cost as little as $6.

On day five, she writes that she spent the morning ‘Googling ways to save on taxes’, while eating a Cuban sandwich that she had purchased earlier in the morning – after taking a bus back to Manhattan from her boyfriend’s home in New Jersey.

‘I am seriously [considering] moving to Miami to save on taxes,’ she says. ‘My BFF said the Cuban sandwiches there are better anyway….

The woman’s very regulated spending habits have sparked serious debate online, as readers of the diary question why someone who makes so much money would choose to restrict her finances so much.

Myla Marcia wrote: ‘I’m confused as to how she makes this much money and can afford Chloë bags but doesn’t wanna pay $6 for Uber.’

Cat added: ‘Why would you live with two roommates when you can afford to live by yourself??’

Amelia Costa even called out the woman’s choice of Netflix subscription, pointing out that she opts for the cheapest package available.

‘I am in no position to judge other people’s financial decisions but this woman saves $20,000 a month and is still paying for Netflix in standard def,’ she joked.

Others lamented their own financial situations, with one simply saying ‘God, I’m poor’

Others have been left baffled by her eating habits, which see her buying burritos, pizza, and candy, while simultaneously claiming she has been a ‘healthy living influencer of sorts on Instagram since high school’.

Mish Mosh said: ‘She says she’s a healthy living influencer of sorts… but her lifestyle is not “healthy” at least food wise..I’m confused.

‘And unless she’s super frugal, her “spending” is suspect. But if this is true, GOOD FOR HER! ‘

Chris Edward added: ‘Day 3: 4pm: “I have been a healthy living influencer of sorts on Instagram” Eats nothing but burritos, pizza, brie melted over pasta, McDonald’s, and cookies…

‘Unless she takes a bite, chews and then spits it back up, this woman eats worse than I do…’

Some Twitter users simply shared their despair at the size of their own pay packets.

Esra added: ‘Thank you, now i truly realize how i will never have my life together.’

Rebecca Fishbein added: ‘Somehow I am MOST annoyed that she is incredibly responsible with this money because it makes me less able to hate her/reminds me that I need to stop buying jeans every time I get more than $400 for a story.’